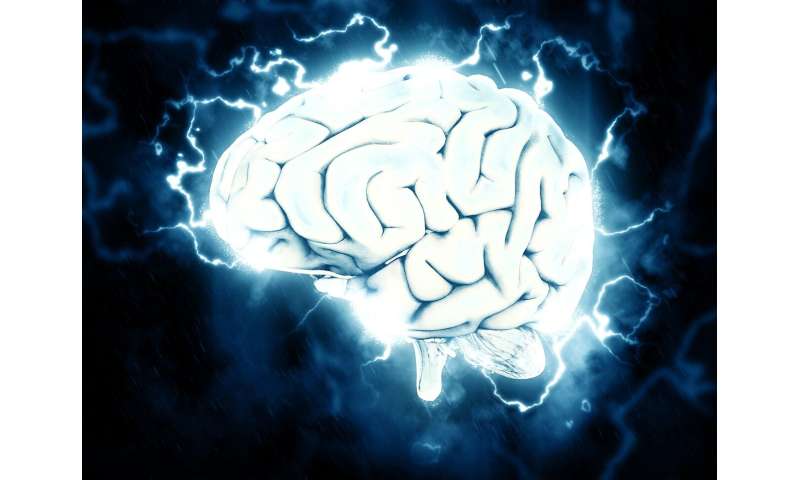 A new test, developed by a team of scientists and doctors from the Aston Brain Centre and Aston Institute of Photonic Technologies at Aston University in Birmingham has allowed doctors to accurately identify in advance which exact part of the brain, known as an epileptogenic zone, will trigger an epileptic seizure.

They applied the “Hurst Exponent,” a method originally developed in hydrology and water engineering, which uses complex mathematics to predict apparently random natural events such as ‘rogue’ ocean waves.

The Aston researchers used the technique to identify abnormal electrical discharges or ‘spikes’ in the brains of patients with epilepsy, giving a more accurate picture of the area of the brain from which the seizure originated.

By cross-referencing the data with doctors at Birmingham Women’s and Children’s Hospital NHS Foundation Trust, they accurately identified the regions of the brain which doctors agree are the most important in triggering seizures.

Patients with epilepsy suffer from seizures when their brain activity becomes very abnormal for a short period of time. In between seizures, there are brief episodes of brain activity that typically present as large electrical discharges or ‘spikes’ in brain readings.

A better understanding of these ‘spikes’ will enable doctors to see where in the brain a person’s epileptic seizure begins, and could help surgeons to pinpoint where best to operate during brain surgery.

In two of the three patients tested, the Hurst Exponent results tallied with the existing knowledge of the spikes shown in the MEG data, providing valuable corroboration. However, in the third patient the new analysis helped to spot warning signs of seizure when traditional testing of ‘spikes’ failed to detect them.

The research findings have been published in the Journal of Neural Engineering.

The World Health Organisation estimates that around 50-60 million people worldwide are affected by epilepsy. According to the Epilepsy Society more than 500,000 people are affected in the UK.

Most people with epilepsy are treated with medications called anti-epileptic drugs, which help to control seizures. But in around 300 cases annually where drug treatment has failed, surgery is used to remove a specific area of the brain in an effort to stop seizures occurring altogether.

Dr. Caroline Witton, Reader in Psychology at the Aston Brain Centre and lead author of the report, said:”.

“The human brain is perhaps the most complex natural system of all, with 80 billion neurons working together to produce all our thoughts and actions. We see rogue waves in the brain when we look at data from patients with epilepsy and we can use these ‘spikes’ in the data to help the surgical team know where to operate.”.

She added that applying the Hurst Exponent test to the more traditional ways of analyzing MEG readings including brain activity spikes could add a “powerful addition to the clinician’s toolbox.”

“We are constantly working to develop methods that will increase our ability to localize areas responsible for seizures in our patients and at the same time reduce the need for more invasive procedures ahead of surgery.

“Our collaboration with scientists at the Aston Brain Centre has been key to developing this into an important clinical test for patients who fail to respond to medical treatment and are investigated for a possible surgical options.”

Anthony Williams, 45, from Stockport is a mechanical technician at the University of Manchester. Founder of the association Epilepsy Surgery Friends, he underwent brain surgery to treat his condition.

He said that any new test which could give reassurance to those awaiting brain surgery was welcome.