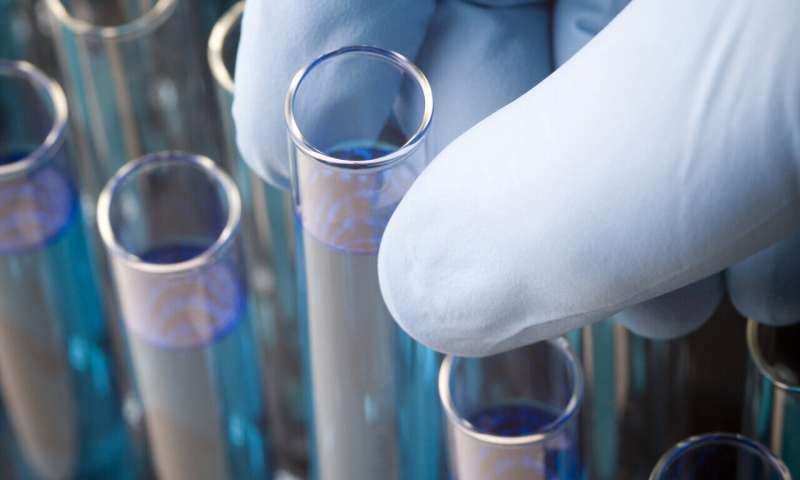 A QIMR Berghofer study has identified how a newly approved blood cancer drug works and found the treatment is better than other drugs at targeting cancer stem cells while causing minimal damage to healthy cells.

The long-acting form of the drug Interferon alpha was approved for use in Australia in mid-2018 to treat patients with a type of blood cancer, Polycythaemia vera (PV), in which there is an accumulation of red blood cells, white blood cells and platelets in the patient’s blood.

Associate Professor Steven Lane, who is the head of QIMR Berghofer’s Cancer Program and a Royal Brisbane and Women’s Hospital clinical hematologist, said the study identified how the long-acting form of Interferon alpha worked to kill off blood cancer stem cells in mice.

It also found the long-acting versions of the drug were the most effective in controlling cancer.

While long-acting Interferon alpha is available for use in Australia, an ultra-long-acting version of the drug is not an approved treatment option. It is approved for use in Europe.

Eradication of the cancer stem cells is necessary to achieve long-term remission of PV or a cure.

“This has not been shown before and explains why it works so well. We found cancer cells are more susceptible to long-acting Interferon alpha than normal cells and are more likely to sustain DNA damage and die off, allowing healthy cells to take over again,” Associate Professor Lane said.

“A lot of treatments are toxic to both cancer cells and normal cells, which makes it harder on patients.

“This study on mice shows for the first time that long-acting Interferon alpha’s effects are much more pronounced on cancer cells, which means it could be less harmful to patients.

“It also found the longer the drug was active in the body, the more effective it was at killing cancer cells.

“These results provide evidence to support making the ultra-long-acting versions of the drug available for Australian patients with rare blood cancers.

“We need to keep working to refine the best treatments based on a thorough understanding of how the drugs work, and that’s why we’re now collecting samples from humans who are being treated with long-acting Interferon alpha.

“We know long-acting Interferon alpha is very effective in this disease and it needs to be administered over about six months, because you won’t see the effects after just one or two doses.”

Associate Professor Lane said his team would now be looking at ways to combine the use of long-acting Interferon alpha with other treatments to try to find the best treatment options for patients with PV.

He said there was also the possibility that ultra-long acting Interferon alpha could be suitable for treating other kinds of blood cancers, including leukemia, but that would require further study.