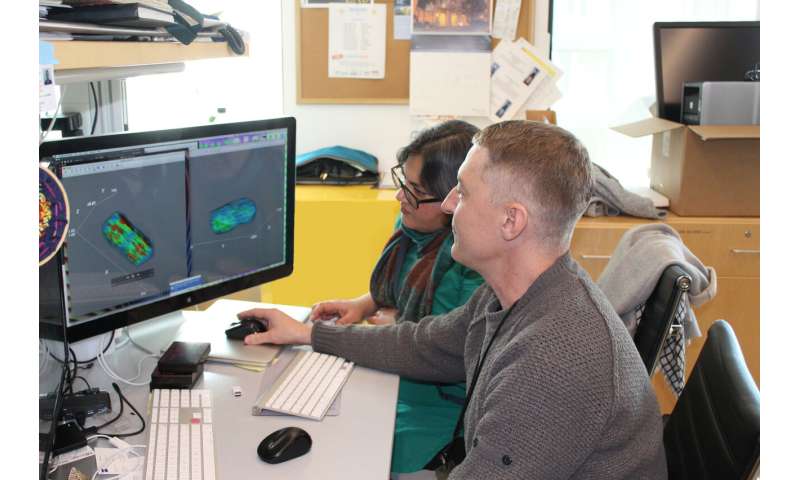 ALS researchers at the New York Genome Center (NYGC) have utilized new technologies for mapping gene expression in spinal cord samples that provide new insights into the mechanisms that contribute to disease onset and progression in ALS patients.

In a global collaboration that included scientists at the Simons Foundation’s Flatiron Institute in New York, the Science for Life Laboratory and KTH Royal Institute of Technology in Sweden, and New York University, researchers at the NYGC’s Center for Genomics of Neurodegenerative Disease (CGND) used spatial transcriptomics, combined with a novel computational approach, to obtain gene expression measurements over time and space for close to 12,000 genes in the spinal cord. The result is a new, multidimensional gene expression atlas, providing unparalleled detail and scale and offering a previously unavailable view of disease progression in ALS.

In a new study in Science, the researchers describe how the spatiotemporal gene expression atlas uncovers early changes in ALS disease not observable using traditional sequencing methods. The scientists also developed novel computational approaches that reveal disease-driven changes in the activity of many signaling pathways across all cell types in the central nervous system, which may reveal novel targets for designing therapeutics and diagnostics.

What makes this study unique from previous transcriptome profiling research is the method used by the scientists, Spatial Transcriptomics, which generates RNAseq profiles at many locations in a tissue section simultaneously. Thus, the team was able to record precisely where in the tissue virtually every gene is expressed. The researchers examined four time points during disease progression, from earliest adulthood to end stage in a mouse model of ALS. In addition, postmortem spinal cord samples from ALS patients were examined.

“Spatial Transcriptomics allows us, for the first time, to gain important insights into gene expression in individual cell types while in their natural multicellular context,” explained Hemali Phatnani, Ph.D., Director of NYGC’s CGND, senior author of the study. “It enables unprecedented interrogation of cell-to-cell interactions so that we can now examine and explore specific pathways in ALS where things are going wrong, where and in which cell types dysfunction is first seen, and how this spreads through the spinal cord.”

The scientists have made this multidimensional gene expression atlas available as a resource to the research community via the interactive data exploration portal. They believe that the study can provide a framework for further mapping of the central nervous system and its modes of dysfunction, to aid research into not just ALS but also other neurodegenerative diseases such as Alzheimer’s disease, Parkinson’s disease, and Huntington’s disease. 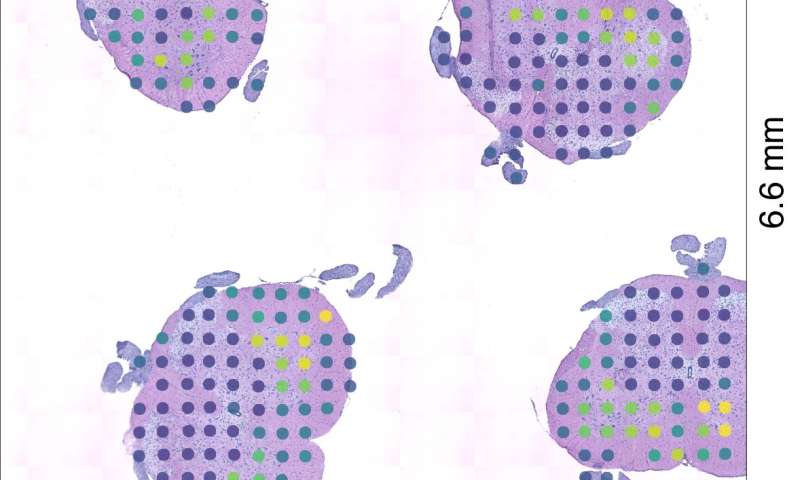 The ongoing insights to be gleaned from this comprehensive, spatiotemporal, transcriptome-wide gene expression dataset will be crucial to advancing understanding of ALS, a complex neurodegenerative disease with no clear cause or known cure. More than 200,000 people worldwide are living with ALS, also known as Lou Gehrig’s disease, which typically manifests at first in distal muscles of a single limb, and then spreads throughout the body, leading to total paralysis and death. The average life expectancy of a person with ALS is about two to five years from the time of diagnosis.

In their paper, “Spatiotemporal Dynamics of Molecular Pathology in Amyotrophic Lateral Sclerosis,” the team collected 76,136 spatial gene expression measurements (SGEMs) from 1,165 mouse tissue sections and 61,031 SGEMs from 80 human tissue sections (for context, the next largest comparable spatially resolved transcriptomics studies considered only about a dozen tissue sections at a single time point). By combining the data from many tissue sections, the researchers were able to detect the expression of close to 12,000 genes simultaneously across the tissue region under examination. This is the first time that such a spatially resolved approach has been used to study ALS at this depth and scale.

“Even though it is the motor neurons that are most vulnerable in ALS, the neighboring cells that surround the motor neurons also play a role in the disease,” said co-first author, Silas Maniatis, Ph.D., Staff Scientist at NYGC’s CGND. “Our research focuses on understanding how disease-causing mutations disrupt the function of both neuronal and non-neuronal cells, and how disrupted interactions between the various cell types of the nervous system drive motor neuron loss in ALS. Spatial Transcriptomics and the associated computational tools we developed in this study give us a superb view of these processes. Perhaps more importantly, this combination of technologies and experimental approaches provide a framework for understanding other diseases of the nervous system.” 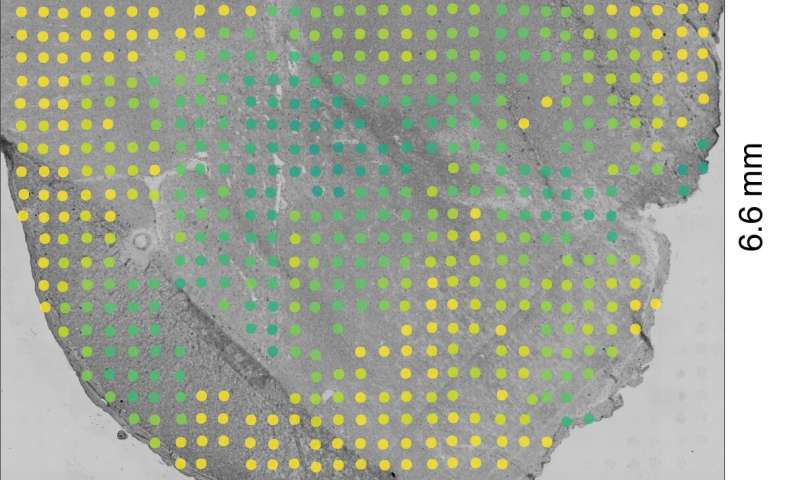 Corresponding authors on the study include: Joakim Lundeberg, Ph.D., whose lab developed the Spatial Transcriptomics method, and is head of the department of Gene Technology at the KTH Royal Institute of Technology, and Director of the Genomics platform at SciLifeLab, an institution for the advancement of molecular biosciences in Sweden; and Richard Bonneau, Ph.D., Professor of Biology, Computer Science, and Data Science, New York University, and Group Leader for Systems Biology at the Center for Computational Biology at the Simons Foundation’s Flatiron Institute, who led the team in devising novel computational methods for analysis of atlas data.

“The study is a beautiful example that ‘geography’ matters, i.e., being able to spatially position subtle gene activity changes and linking these to initial steps in the disease. An added benefit is that information is indeed provided in a data-driven manner using the wealth of information provided by transcriptome-wide technologies in situ,” said Dr. Lundeberg.