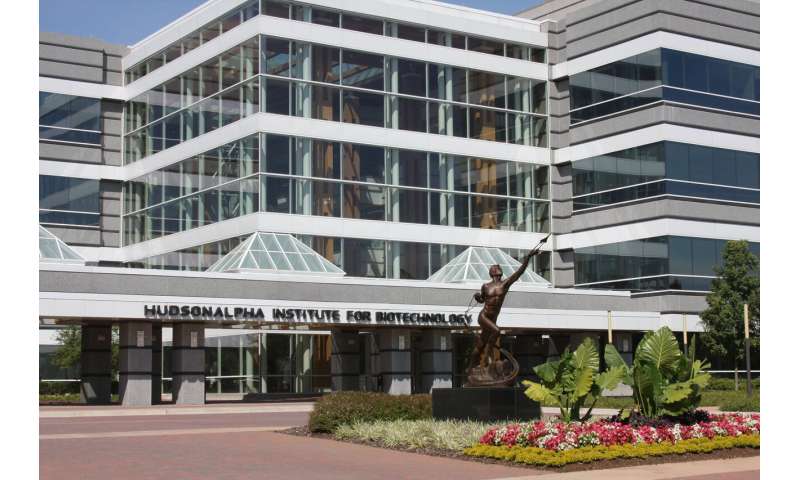 Scientists at the HudsonAlpha Institute for Biotechnology have pinpointed epigenetic differences in the way lupus affects black women compared to other lupus patients, revealing important mechanics of the puzzling disease. Epidemiologists have identified that lupus impacts black women with greater frequency and severity than other populations. Scientists in Devin Absher’s Lab at HudsonAlpha published findings in August showing that increased risk and harm to lupus patients can be linked to epigenetic differences—essentially, the degree to which certain genes are functioning.

The finding, published in Arthritis & Rheumatology, helps create a more complete understanding of an often misunderstood disease, revealing some of the mechanisms that contribute to it. It also reveals a gap in genetic research, highlighting the lack of information scientists have regarding racial differences on the genetic level.

Lupus is an autoimmune disorder, meaning that the immune system attacks healthy cells in the body. It causes symptoms that are often difficult to quantify, including fatigue and extreme joint pain.

Lupus is one of the most historically chronicled diseases, having first been documented by Socrates in 400 BC. The disease gets its name from a common rash that forms on the face which is said to resemble the markings of wolves, hence the latin name “lupus” meaning wolf.

There are more than 200,000 cases of lupus in the US every year, yet there is no universally accepted cause or cure. The disease is chronic, meaning it can last for years or even an entire lifetime.

Megan Breitbach, Ph.D., is the lead author on the paper. She notes, “The diagnostic process can also prove long and tedious, because the symptoms come and go and often can only be observed through patient description.”

“On average,” she adds, “it takes six years to diagnose someone with lupus.”

While treatment can help manage lupus, the condition cannot be cured. Instead, patients and their physicians try to address symptoms and take the edge off flare-ups.

While the disease on the whole remains a mystery, scientists hope to find some answers in the ways that the condition affects different populations. In the United States, lupus has a much higher prevalence in non-white populations. In fact, lupus is the 5th leading cause of death for black women ages 15-24.

Ancestry can dramatically impact disease genetics, so understanding why the disease affects populations differently could go a long way toward telling us what genetic factors play a part in developing the condition.

In the case of lupus, the body’s immune B cells function distinctive epigenetic signatures of the disease are found in B cells, which are part of the immune system. The analysis performed by the Absher Lab revealed lupus-specific differences in methylation throughout B cell development between black and white women.

Methylation changes can alter the degree to which a stretch of DNA functions without changing the genetic code itself. This research shows the most significant changes in methylation occur around genes related to Interferons, which are proteins that regulate immune response.

These differences in B cell development could help explain the more severe symptoms and earlier age of onset for lupus in black women.

“What we found,” explains Devin Absher, Ph.D., “was that there are a number of methylation changes we can link to lupus. When you isolate them, you see that the changes are far greater in black women. The population differences could be key to a more complete understanding of the disease on the whole.”

The genetic gap between these two groups of patients with lupus illustrates a broader gap in knowledge. One key limitation of genetics stems from a lack of diverse data, which hurts all populations.

Disease genetics frequently relies on genome-wide association studies (GWAS) to link genes with various health conditions. However the most recent aggregations of GWAS show nearly 88% of participants come from European ancestry. These eurocentric results can make it harder to identify genetic components of diseases that disproportionately affect underrepresented populations.

A lack of diversity in genetic research slows progress across the board. The unique genetic factories of all kinds of ancestry can help us better understand the human genome and even find potential ways to share the benefits of natural resistance. For example, Americans of African descent were found to have mutations on their PCSK9 genes which led to lower levels of cholesterol in their bloodstream. With that information, researchers developed PCSK9 inhibitors to lower cholesterol and heart disease risk across ancestries.

This lupus research from the Devin Absher Lab further illustrates the importance of understanding racial diversity when examining genetic components for diseases.

Absher is involved in a number of efforts to drive greater diversity in genetic research, including the Alabama Genomic Health Initiative, which aims to bring the value of genetic sequencing to diverse populations across the state.

Type 2 diabetes: Eye condition that may be...