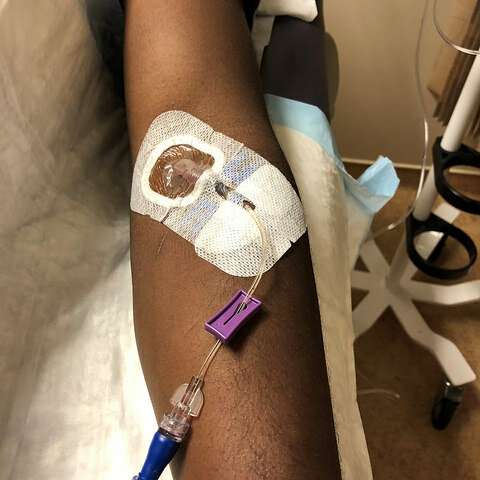 The investigational Ebola treatment mAb114 is safe, well-tolerated, and easy to administer, according to findings from an early-stage clinical trial published in The Lancet. Eighteen healthy adults received the monoclonal antibody as part of a Phase 1 clinical trial that began in May 2018 at the National Institutes of Health (NIH) Clinical Center in Bethesda, Maryland. The National Institute of Allergy and Infectious Diseases (NIAID) Vaccine Research Center (VRC), part of NIH, developed the investigational treatment and conducted and sponsored the clinical trial.

The investigational treatment is currently being offered to Ebola patients in the Democratic Republic of the Congo (DRC) under compassionate use and as part of a Phase 2/3 clinical trial of multiple investigational treatments. mAb114, a single monoclonal antibody, binds to the core receptor binding domain of the Zaire ebolavirus surface protein, preventing the virus from infecting human cells. Scientists isolated the antibody from a human survivor of the 1995 Ebola outbreak in Kikwit, DRC. Prior studies showed that mAb114 can protect monkeys from lethal Ebola virus disease when given as late as five days after infection.

As expected, levels of mAb114 in the blood increased as the dosage was increased. Investigators also observed relatively uniform levels of absorption, distribution, and elimination of mAb114 among participants.

The authors note several advantages for deploying mAb114 in an outbreak setting, including the ease and speed of its administration, and its formulation as a freeze-dried powder that does not require freezer storage. The powder is reconstituted with sterile water and added to saline for administration.