Alzheimer’s disease remains the leading cause of dementia worldwide. Mounting evidence now suggests that the body’s inflammatory responses may play a significant role in the development of Alzheimer’s, and that these pathways could be targeted in its treatment.

The Immune System and Inflammation

The body’s immune system acts as a defensive security system by recognizing and defending against invading pathogens which could cause infection and disease. A wide variety of cells, tissues, proteins and organs are involved in this process.

Among the most important of these are microglia. As the second most common cells in our brains after neurons, microglia form the initial and major immune defense in the central nervous system.

Microglia are extremely sensitive to any pathogenic change in the brain and respond to foreign microorganisms or injury by becoming ‘activated’. During this process, they rapidly change morphology and migrate to the site of infection or injury to destroy pathogens and remove damaged cells via phagocytosis.

In the development of an infection, another response of microglia is to release inflammatory chemicals such as cytokines, chemokines and reactive oxygen species. Although these chemicals are released in order to combat harmful pathogens, sometimes healthy brain cells can be caught in the crossfire, causing inflammatory responses like pain, redness, swelling and heat. 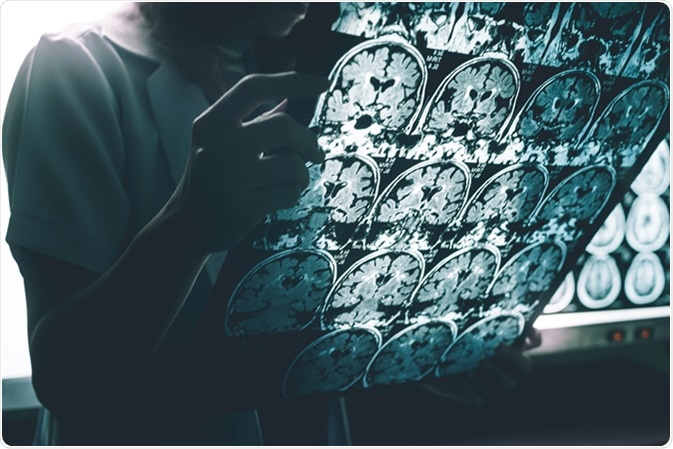 Inflammation in the Alzheimer’s Brain

For instance, vessels isolated from the brains of Alzheimer’s patients show elevated levels of inflammatory factors including interleukin-1β (IL-1β), interleukin-6 (IL-6) and tumor necrosis factor α (TNF-α) relative to those found in healthy brains. In particular, the increased release of inflammatory chemicals is only observed in the areas of the brain affected by Alzheimer’s, termed ‘pathologically vulnerable regions’.

The current view is that the pathology of Alzheimer’s, typically characterized by the aggregation and accumulation of the amyloid-beta (Aβ) protein, excessively stimulates microglia, causing them to become overactive and produce large amounts of cytokines. However, instead of combatting the pathogens in the brain, these chemicals actually damage healthy neurons. As more neurons become damaged, this further activates microglia, thus increasing the production of inflammatory mediators and eliciting neurodegeneration.

In addition to causing an elevated release of inflammatory cytokines, accumulation of Aβ in the brain is also thought to actually impair important microglial functions required for effective clearance of pathogens. This was discovered in a study which found that mice with Alzheimer’s disease-like pathology had significantly reduced motility and phagocytic activity of neuronal microglia relative to age-matched controls. This impairment of microglial function temporally and spatially correlated with Aβ deposition and could be reversed by decreasing amyloid burden with an Aβ antibody treatment.

Major support for the link between inflammation and Alzheimer’s disease comes from epidemiological studies which show that people who take anti-inflammatory drugs are less likely to develop dementia. For example, a landmark 10-year study using 6989 healthy subjects aged 55 years or older found that taking non-steroidal anti-inflammatory drugs (NSAIDs) reduced the incidence of Alzheimer’s disease by as much as 80%.

This has consequently led researchers to suggest that long-term use of anti-inflammatory drugs could be effective in protecting against the development of dementia. However, subsequent therapeutic trials have since failed to identify current anti-inflammatory medicines as successful treatment or preventive medications.

In 2003 and 2004, a one-year trial compared the effects of 400 mg of ibuprofen twice a day to a placebo in 132 people with mild-to-moderate Alzheimer’s, finding no difference between the ibuprofen and placebo groups in cognition. Furthermore, there are several adverse side effects associated with long-term use of these drugs, such as gastrointestinal toxicity, which make their functional use very difficult.

In more recent times, focus has shifted to the potential of ibuprofen derivatives, such as r-flurbiprofen, which are generally tolerated better with fewer adverse side effects. However, despite the initially promising animal and human data from r-flurbiprofen, this drug failed phase 3 clinical trials and was subsequently discontinued.

Although substantial evidence has demonstrated an association between inflammation and Alzheimer’s disease, this has not been translated in the use of anti-inflammatory drugs in clinical trials.

Ultimately, inflammatory mechanisms in the brain are highly complex, and it is due to this complexity that we are unable to fully understand the processes that occur in the brains of Alzheimer’s patients.

Several additional considerations must be taken into account, such as the importance of timing, extent and type of inflammation, as well as determining whether inflammation is a cause, contributor or simply a consequence of the disease; all of these factors are important parts of the Alzheimer’s-puzzle.