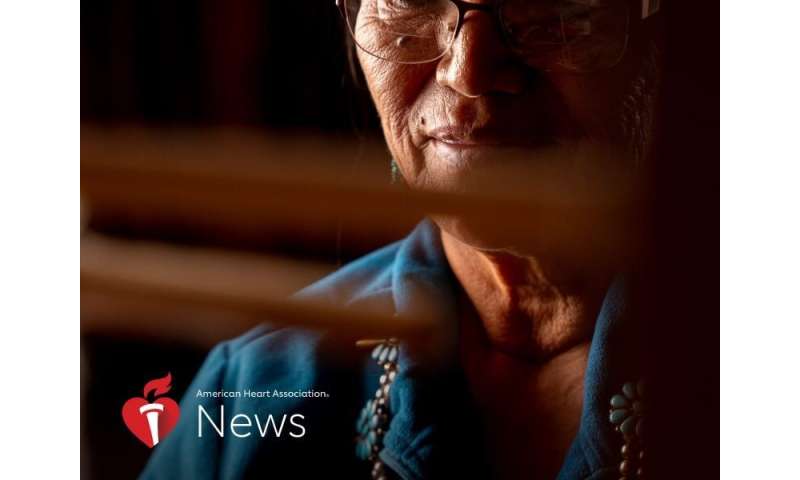 Heart disease among American Indians in three regions has declined with each generation over the past 25 years and fewer men are dying from cardiovascular events in that span, according to new findings in the largest and longest-running study of the community.

Heart disease is the leading cause of death among American Indians. Though they account for less than 2% of the population, they make up 18% of U.S. deaths caused by heart disease.

The new study shows coordinated efforts to prevent heart disease can work, said Clemma Muller, the lead author of the study. Participants in the study were given medical referrals to manage their cardiovascular risk factors over the course of the study.

That suggests the “concerted effort to identify people with risk factors for heart disease and to aggressively treat these risk factors can make an important difference in these high-risk and underserved populations,” said Muller, an assistant professor at the College of Medicine, Washington State University. The study was published Oct. 25 in the Journal of the American Heart Association.

Muller and her team analyzed data from the Strong Heart and Strong Heart Family studies, which include three groups of men and women, born between 1915 and 1984, living in the Southwest and in the northern and southern plains regions. These groups make up the largest long-term database of cardiovascular disease in American Indians. Participants were enrolled from 1989-1990 and again from 2000-2003 and followed at five-year intervals until 2013.

“That’s very exciting news,” said Dr. David Lee Gordon, professor and chair of neurology at the University of Oklahoma. He was not involved in the study. The decreases parallel national trends that include a growing focus on controlling blood pressure and other efforts to control risk factors, such as prescribing statins for high cholesterol.

“We don’t know if they were actually going to the clinics and getting their blood pressure and cholesterol checked, but this suggests something was going on that’s positive. It means if you can take charge of life – check under your hood while you still feel good – you have a great chance of decreasing your risk.”

It’s unclear why men were seeing an improvement in mortality rates and not women, Muller said. One possibility is that women who do get cardiovascular diseases are getting sicker, she said.

That could be because the rate of diabetes – a major risk factor for heart disease – was climbing dramatically among American Indians when people were being enrolled in the study. “And people may have more health issues than they did before that would compound the problem,” Muller said.

American Indians now have the highest prevalence rate for diabetes of all racial and ethnic groups in the country.

But why men and women would be impacted differently is unclear. Muller said the difference might also be due to inability to statistically detect mortality improvements in women simply because fewer women than men die from heart disease, and future studies should more closely examine what’s happening to women

“Maybe we just aren’t diagnosing and detecting this as well in women,” said Muller, discussing another possibility in the differing impact. “You won’t have the same preventive efforts applied if you don’t detect the risk factors in the first place.”

Dr. Sara Selig, who specializes in American Indian health inequities and is an associate physician in the Division of Global Health Equity at Brigham and Women’s Hospital, said the study was good news for a population that has faced racist practices and policies that greatly impact rates of disease.