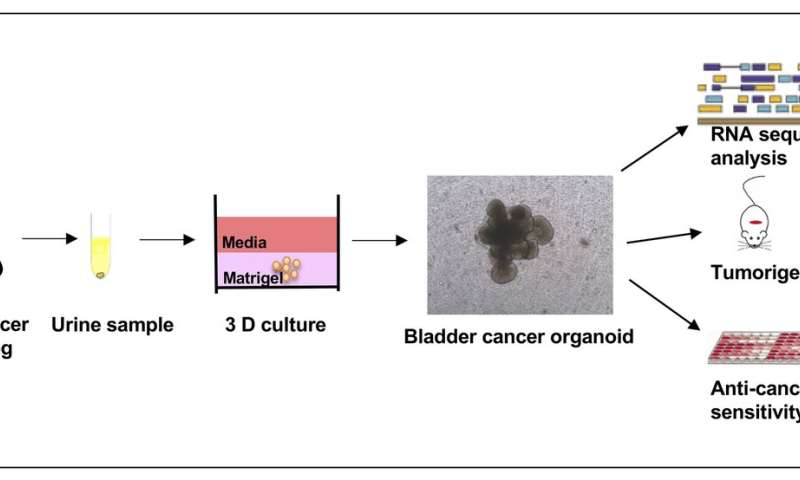 A research collaborative led by scientists from institutions in Japan including Tokyo University of Agriculture and Technology (TUAT) has developed a new experimental cancer model for dog bladder cancer. Urine samples were used for a 3-D cell culture method called organoid culture. This method will allow clinicians to determine the proper chemotherapy and to identify new biomarkers of both dog and human bladder cancer in the near future. The results are published in Cancer Science.

About 0.01 percent of humans suffer from bladder cancer. The most common symptom of cancer is blood in the urine and pain during urination. In the United States, 80,470 people have been diagnosed with bladder cancer in 2019, and 17,670 have died. About 90 percent of all bladder cancers are transitional cell carcinoma, which is usually invasive. In dogs, this cancer is detected very late, resulting in poor survival.