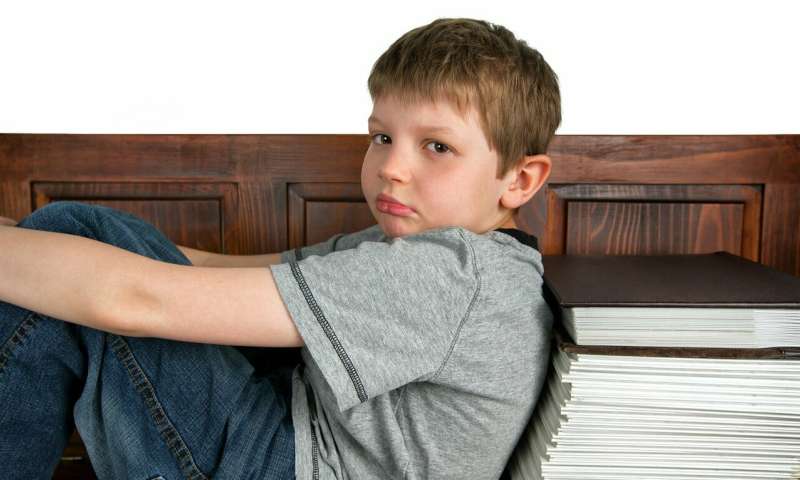 Currently approved in Canada and Europe for adults with medication-resistant depression and seizures, trigeminal nerve stimulation (TNS) has been found to be an effective and safe means of treatment for children with attention deficit hyperactivity disorder (ADHD), reports a study published in the April 2019 issue of the Journal of the American Academy of Child and Adolescent Psychiatry (JAACAP).

TNS utilizes a small stimulator worn on a child’s clothes to emit a low-level current, powered by a 9-volt battery. Thin wires are connected to the device with an adhesive electrode patch worn across the forehead during sleep. Mild stimulation to the skin, barely or not perceptible to the child, led to activation of deeper brain areas associated with concentration and impulse control. Children wore the patch an average of eight hours nightly and patches were removed each morning.

“ADHD is estimated to affect 9.5 percent of school-age children and 4.4 percent of adults,” said James McGough, MD, Professor and child psychiatrist at the Jane & Terry Semel Institute for Neuroscience and Human Behavior at University of California, Los Angeles, CA, USA. “Our current treatments mostly depend on medication with some role for behavioral therapies. Although there is great demand for non-medication ADHD treatments, the most popular options have minimal, if any, scientific evidence supporting their use.”

Investigators enrolled 62 children ages 8-12 years old and randomized them to receive active or sham TNS nightly for 4 weeks. Benefits in the active group were observed within the first week of treatment, with increasing improvement over the remaining weeks. Improvement compared with the sham group was demonstrated by the ADHD-Rating Scale (p = .005), the study’s primary outcome measure, and the Clinical Global Impression – Improvement scale (p = .003). The size of treatment improvement was similar to that seen with currently FDA-approved nonstimulant ADHD medications.

In addition to reductions in behavioral ADHD symptoms, investigators found positive changes in brain activation with active TNS, measured by electroencephalography (EEG). This finding, consistent with NIMH research priorities, emphasize measurable changes in neurological functioning in addition to behavioral improvement, suggesting that TNS has beneficial effects by increasing activity in brain circuits that modulate hyperactivity and impulsivity. Study results further suggested that TNS might be effective in reducing pediatric anxiety symptoms, consistent with other studies of TNS for adult depression and post-traumatic stress disorder.

A major limitation of many studies of non-medication ADHD treatments relates to difficulties maintaining effective blinding of the sham control condition. Investigators in this study demonstrated that after the initial week, parents of children in both active and sham TNS groups had equal expectation of benefit, suggesting that the study design successfully concealed which treatment children were receiving. This result, in addition to differences in brain activation measured by EEG, further supports the study’s conclusion regarding the potential of TNS for ADHD therapy.