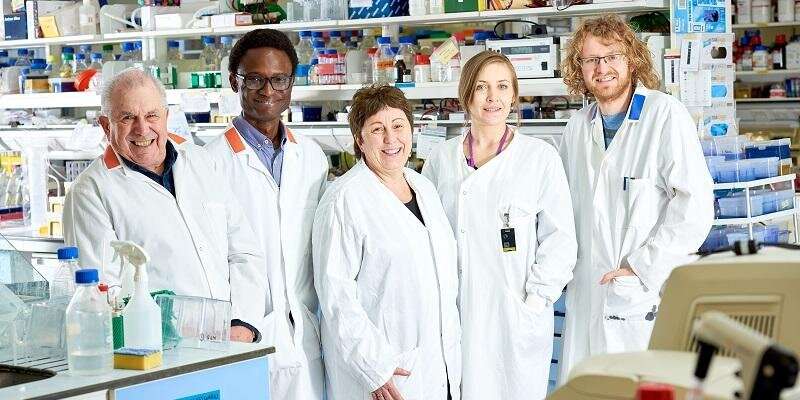 Researchers at the University of Leeds are developing a cheaper and safer way of making the polio vaccine.

The pioneering work is featured in the latest MadeAtUni campaign, a celebration of the pioneering research taking place in UK universities.

The focus of the campaign is scientists involved in health research and innovation.

The Leeds team, from the Faculty of Biological Sciences, has shown that the polio vaccine can be manufactured from harmless virus-like particles, doing away with the need to use a live virus which carries the risk of the virus escaping.

Professor Nicola Stonehouse, who is leading the project with Professor Dave Rowlands, said:

“Virus-like particles are proteins that stimulate the body’s immune system in the same way as a virus – in effect, they trick the body into thinking they are the virus.

“Scientists have recognised the possibility that they could be used instead of a live virus in vaccine production but the problem is that some can be unstable.

“At Leeds, we have successfully developed a process which involves engineering polio virus-like particles in yeast – and the next stage is to see if we can make this work on an industrial scale.

“If we can, polio virus-like particles will become attractive to the pharmaceutical industry as a safer alternative to using a live virus.”

Polio is a devastating disease. It can leave people permanently paralysed, with one in 10 dying as a result of the paralysis. There is no-known cure for polio.

Through successful vaccination programmes, it has been eradicated from many countries although it is still endemic in Afghanistan, Pakistan and Nigeria.

Since the 1960s, success in controlling the disease has been largely attributable to the oral polio vaccine which is made up of a live but weakened virus. It is cheap to make and easy to administer: people just swallow it.

However, the genetic code in the live virus is prone to mutation. In extremely rare cases—around one in 2.7 million cases – this mutation can result in people who have been vaccinated contracting the disease. They then risk infecting close contacts. 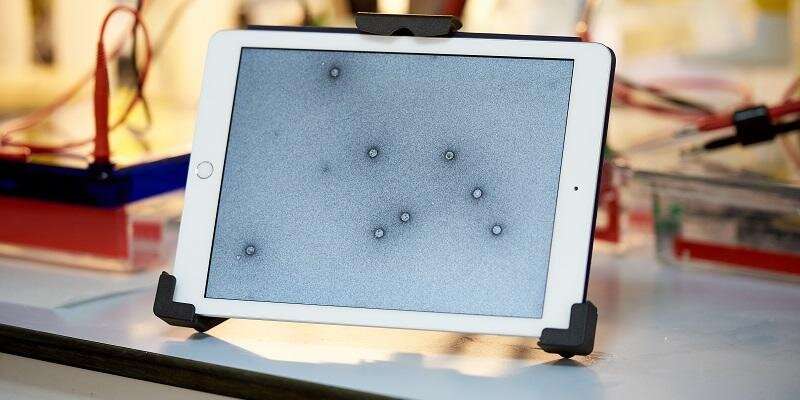 There is also a small group of people with deficient immune systems who do not clear the virus after immunisation and they too are a potential source of infection.

For that reason, some public health campaigns have switched to a vaccine using an inactivated virus which is given by injection.

Although the virus is inactivated when the vaccine is given, the manufacturing stage uses a large quantity of live virus. As well as creating a biosecurity risk, it also means that it is expensive to manufacture.

Progress has been made in eradicating the disease but health experts say immunisation programmes will have to continue to keep on top of outbreaks that may happen as a result of a vaccine-derived virus.

Research could be applied to other vaccines

Professor Stonehouse believes virus-like particles will have a role in vaccine production beyond polio.

She said: “There is a real need to increase the production of vaccines and to conduct research into creating new ones, not only for humans but also to protect livestock.”

The Nation’s Lifesavers campaign has been organised by Universities UK, the umbrella group representing the sector.

Professor Dame Janet Beer, President of Universities UK, said: “Every day, up and down the country, universities are aworking on innovations to transform and save lives.

“Research taking place in universities is finding solutions to so many of the health and wellbeing issues we care about and the causes that matter.

“By proudly working in partnership with charities, the NHS and healthcare organisations, universities are responsible for some of our biggest health breakthroughs and in revolutionising the delivery of care. “

One of Professor Stonehouse’s former Ph.D. students, Dr. Oluwapelumi Adeyemi, is hoping the research at Leeds will one day allow him to investigate vaccines for some of the diseases in his home country, Nigeria, including Lassa fever – a category 4 pathogen requiring very strict bio-security.