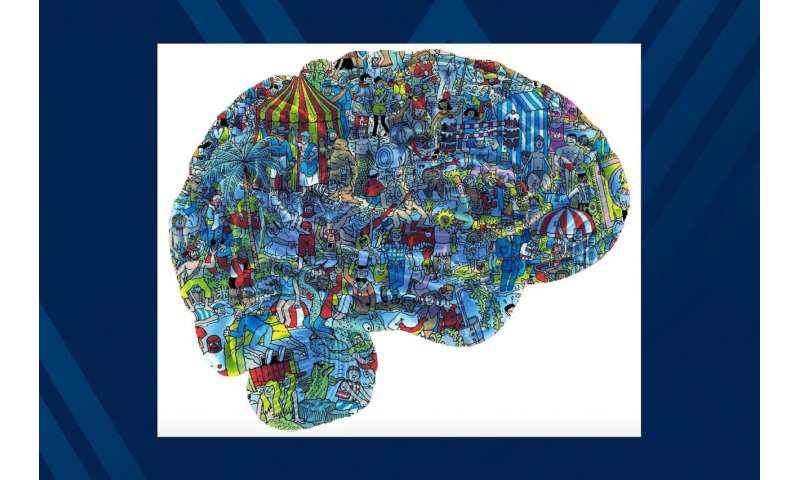 Whether we’re searching for Waldo or our keys in a room of clutter, we tap into a part of the frontal region of the brain when performing visual, goal-related tasks. Some of us do it well, whereas for others it’s a bit challenging.

One West Virginia University researcher set out to investigate why, and what specifically this part of the brain, called the pre-supplementary motor area, does during searching.

To find out, Shuo Wang, assistant professor of chemical and biomedical engineering, took on the rare opportunity to record single neurons with electrodes implanted in epilepsy patients. He found neurons that signaled whether the target of a visual search was found and, if not, how long the patient had been searching for the item.

This suggests that the pre-SMA contributes to goal-directed behavior by signaling goal detection and time elapsed since the start of a search, regardless of the task.

It may be the first time scientists have identified neurons in the human pre-SMA that represent search goals, Wang said.

These findings contribute to a better understanding of the cognitive aspects of disorders such as Parkinson’s disease and schizophrenia, which are linked to dysfunction of the pre-SMA, he said. Similarly, pre-SMA hyperactivity is a frequent observation in people with autism.

“The brain has about a hundred billion neurons,” said Wang, who is part of the Rockefeller Neuroscience Institute. “Only a few labs can look at the activity of single neurons in humans. Similar recordings have been done in the hippocampus and amygdala, which are brain areas important for memory, for many years. However, recordings in the pre-SMA are very rare. Our new paper is one of only a few papers that have reported on the human pre-SMA using this technique.”

The epilepsy patients who participated in the study were undergoing invasive seizure monitoring at Cedars-Sinai Medical Center in Los Angeles. Wang and his collaborators performed concurrent recordings of eye movements and single neurons in the patients while they were performing a memory-guided visual search task. They managed to record 182 single neurons in nine patients.

“We piggybacked on a clinical procedure—the patients were in our monitoring unit waiting for seizures to occur,” Mamelak said. “We used modified depth electrodes, which are implanted to monitor seizures, to record the activity of individual neurons and to observe their activity during our task. This is currently the one possibility to look at the activity of single neurons in humans.”

During the goal-directed visual task that patients performed, patients were asked to find an object or face located among a number of other items shown on the screen. During this task, the researchers found that 40 percent of neurons signaled whether a currently fixated item was the search target.

“We analyzed the same neurons in all three tasks and found that the target response was independent of motor output, the format of the search and an explicitly-defined search cue. This shows that these signals are of an abstract cognitive nature,” Rutishauser said.

“Our data supports the view that dysfunction in the pre-SMA might manifest in poorer ability to perform goal-directed behaviors such as searching for an item in a cluttered room,” Wang said.