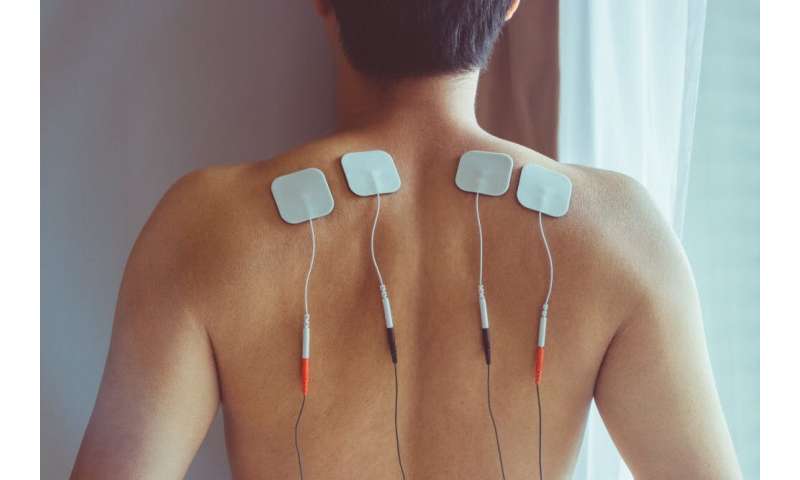 At least one in ten of us suffer some sort of troublesome, long-term (chronic) pain. But not all have fibromyalgia.

People with fibromyalgia have chronic widespread pain—including musculoskeletal aches, pain and stiffness, and soft tissue tenderness—in many areas across the body.

This affects other systems like the brain, impacting a person’s ability to concentrate and remember things. People who have fibromyalgia often refer to this as the “fibro fog”. It can affect sleep patterns, emotions, and many other aspects of everyday living.

Fibromyalgia is a condition singers Lady Gaga and Sinead O’Connor, and actor Morgan Freeman live with.

So what causes fibromyalgia? How does it differ from other types of chronic pain? How is it diagnosed and treated?

When investigations can find no other cause for widespread chronic pain, it’s generally diagnosed as fibromyalgia.

We don’t know exactly what causes fibromyalgia, but genetics, environment, hormonal and neural (brain and central nervous system) factors are all believed to play a role. Research indicates genes may be responsible for up to 50% of susceptibility to the condition. The latest research indicates the body’s immune system is involved, too.

An online survey of 596 people with fibromyalgia found a few common causes reported by participants. Around two thirds of people could relate the start of their symptoms to a specific incident or event, such as a physical injury, a period of sickness that might have involved surgery, or a stressful life event.

Notably, many of those surveyed said they experienced negativity and stigma when trying to explain and authenticate their symptoms to professionals, their families, and their communities.

Fibromyalgia affects around 2% of the world’s population. A recent literature review showed the frequency of fibromyalgia in the general population was between 0.2 and 6.6%. It’s often reported as higher in women, at a ratio of three to one.

The World Health Organisation recognised fibromyalgia as a disease in 1994. Since then, doctors have debated how fibromyalgia should be diagnosed and who should diagnose it, leading to the so-called “fibro wars”. It continues to be controversial.

The latest version of the International Classification of Diseases says for someone to be diagnosed with fibromyalgia, there needs to be pain in “at least 4 of 5 body regions and is associated with significant emotional distress”.

The American College of Rheumatology devised a widely accepted test which looks for 11 points from 18 potential tender points of pain from areas across the body using what’s called the widespread pain index.

How is it treated?

Everyone experiences treatments differently, and what works for one person may not work for another. But the main treatments focus on pain relief.

The drugs pregabalin and duloxetine work by altering the neurotransmitters in the brain (gamma amino butyric acid and serotonin), and are effective for many people.

There are many other options including medication specifically for pain (analgesics), muscle relaxants (benzodiazepines), or treatments to address nerve or spinal pain (neuropathic treatments).

Many of these medications can have side effects, including constipation, or allergic reactions like digestive upset or inflammation. They can also be addictive. Always be honest with your GP about what painkillers you’re taking so they can help you safely manage your pain.

Another common treatment is using a TENS machine (transcutaneous electrical nerve stimulation). This involves applying pads around the area of pain, or the nerves that might be sending the pain message, and interfering with these using small electrical pulses.

This effective treatment is thought to increase levels of endorphins produced by the brain and spinal cord to provide pain relief. But the effects may weaken with ongoing use.

It’s important to check with your doctor if TENS treatment is appropriate because it might affect pacemakers or people with epilepsy.

Fibromyalgia can also be treated with physical interventions such as heat therapy, massage and vibration therapy. Acupuncture and treatment from a psychologist are other options.

How about the future?

In time, we might be able to look for diagnostic immune markers for fibromyalgia in our genetic material to help find who might be at risk of developing the condition, and take preventative action.

If we can understand the interaction of the immune system with pain and inflammation, then we can begin to target treatments more effectively for people living with fibromyalgia.