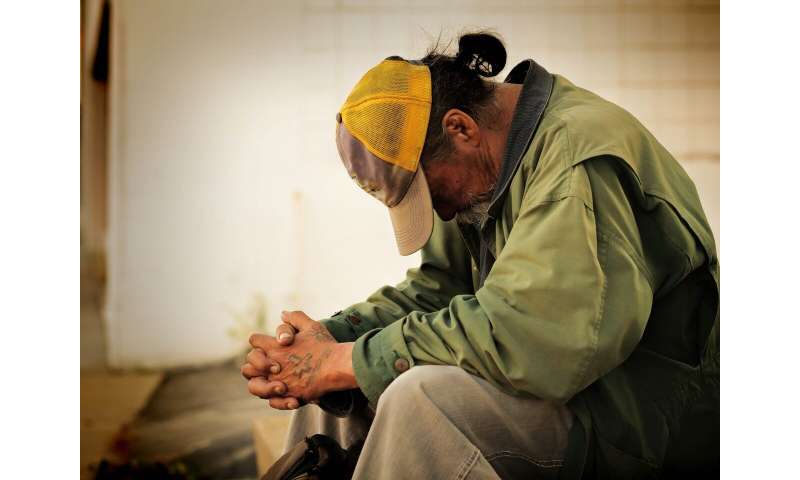 University of Virginia professor and clinical psychologist Peter Tuerk and his colleagues at Saint Louis University School of Medicine and the National Center for PTSD were surprised at the size of their findings.

Could people who improved their post-traumatic stress disorder symptoms really have lessened their risk for developing Type 2 diabetes about 50 percent, as the study seemed to indicate?

The results of the group’s study were just published in a paper that appeared in the Journal of the American Medical Association.

Earlier this week, UVA Today caught up with Tuerk, a professor of education in the Curry School of Education and Human Development and director of the school’s Sheila C. Johnson Center for Clinical Services, to take a deeper dive into the study.

Q. What did you learn about the relationship between PTSD improvement and Type 2 diabetes?

A. In simplest terms, the people who experienced meaningful reductions in PTSD symptoms subsequently also experienced about a 50 percent reduction in their risk for Type 2 diabetes.

This is quite a large decrease, actually. It’s almost on par with the reduction you might see with some bariatric surgeries or other aggressive interventions directly targeting aspects of physical health.

Given how much positive emotional and behavioral change can occur when people undergo evidence-based treatment for PTSD, we were not surprised to also see improvement in physical markers of wellbeing. But we were taken aback by the size of the relationship.

One of the most exciting things about this type of work is that the changes we get in PTSD when we apply evidenced-based therapies, especially exposure therapies, are very big, predictable and often life-changing. Accordingly, it provides a really good backdrop to investigate specific questions related to how mental and physical wellbeing are associated.

Q. Can you explain what exposure therapy is?

A. Prolonged exposure therapy is a gold-standard treatment for PTSD. It basically involves people approaching their memories that they typically push away. You do the opposite of what you would think.

The theory behind it is that these memories aren’t fully processed, and avoidance of these trauma-related thoughts and feelings actually prevents them from being processed, which keeps them alive for people in the form of intrusive thoughts and nightmares. For people with PTSD, memories of a traumatic event can induce fear, anger, helplessness and guilt, and can increase their heart rate and other physiological associations with those feelings and the traumatic event.

It makes sense that we push those memories away. The problem with that is some people are really good at pushing their memories away or avoiding them—so those memories don’t ever get a chance to be processed and integrated. Not all the relevant information gets to where it needs to go and people are stuck with feeling how they felt at the time of the trauma.

What this treatment does is it helps people to face their memories over and over again in a safe and supportive environment. What we find is that when people start walking up toward the memories, they start to habituate—or become less activated by them. They also start seeing and feeling things that they hadn’t allowed themselves to experience before, because they’d been pushing it away. Those details allow them to contextualize the memory and integrate information in a more meaningful way. They’re no longer just stuck with nightmares or flashes of helplessness.

In a sense, people’s own mental health and ability to learn new associations end up helping them to heal themselves. The treatment just teaches them how not to avoid their memories and stress-inducing situations.

Q. In the aftermath of this study, what’s the next step?

A. Always in science, the next step is to replicate. This is an epidemiological study. It’s not a randomized control trial. So we can’t say, “A leads to B.” We measured “A,” a meaningful reduction in PTSD problems, first. And then we saw “B,” long-term reductions in risk for diabetes. But we don’t know for sure why. It could be because of a third variable or how we were measuring things in the current study.

This study had a lot of really sharp epidemiologists and experts in PTSD on it. We all tried, as best we could, to explain away the findings in some way, and we couldn’t. But that doesn’t really mean anything if we, or someone else, can’t replicate the effect. So we want to replicate the effect.

Q. What kind of feedback have you received from the scientific community about your findings?

A. People are excited. We’re excited as a field that we’re getting these effects. But we’re also skeptical. And we want to remain skeptical from a scientific perspective and continue to really investigate whether this is true, and, if so, why? What’s the mechanism between people not having PTSD as much and their risk for type 2 diabetes going down? There could be many different reasons for it. But the first step is replication.

Q. Was the cross-disciplinary nature of this study fun?

A. Absolutely. As a psychologist, when you practice evidence-based treatment, and when you train others to do it, you often see people change their lives dramatically and sometimes you’re left thinking, “Everything’s better for this person right now. Their relationships are better, they’re feeling better about themselves, they’re more functional, they’re sleeping well for the first time in years.” PTSD really touches many aspects of a person’s life, so when it lifts, it’s a wonderful thing to engage with other disciplines to look at the bigger picture from different angles.

For example, obviously people with less PTSD symptoms will be less depressed and more active, which will likely have positive ripple effects. But also, just being able to get a good night’s sleep and not waking up four or five times during the course of a night, with nightmares or to check locks on doors, will likely have other downstream positive effects.

In the paper, we also suggest that stabilization of a certain hormone associated with stress and potentially less system-wide inflammation may also both play distinct play roles in the connection between lower PTSD and the risk of diabetes. Mind and body connections are too complex for one perspective; collaborating makes for better science, which ultimately will create better interventions and services.

Being a part of a team in this context grounds you not only with other professionals in the moment who can check your thinking or challenge assumptions, but also with past professionals whose science you’re building on, and with future individuals who will build upon your work. That’s really what it’s about. The scientific evidence base is built one brick at a time; our job is to put down a brick that is solid enough for future scientists to build on. When several relevant disciplines work together, that brick has a better chance of being solid.