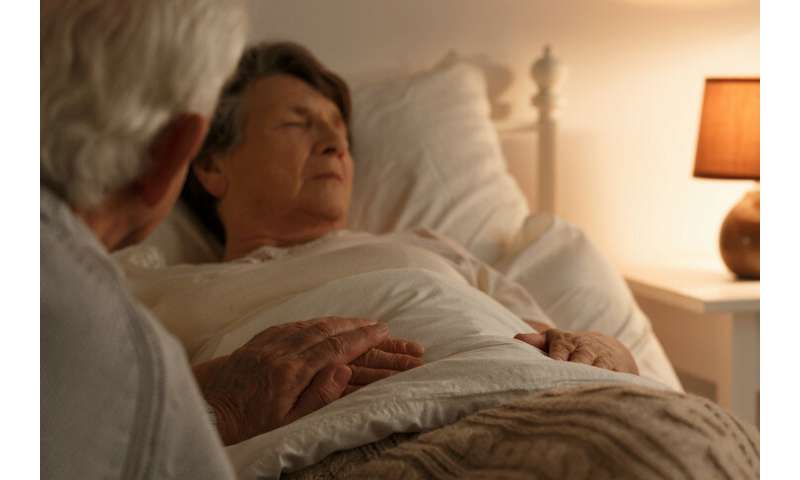 Spousal caregivers can face increased health risks, such as high blood pressure and heart disease, possibly due to the stress of caring for an ailing spouse, according to new research.

The work appears in the journal Families, Systems, & Health.

Wilson earned her doctorate in human development and family studies at Penn State and was a graduate student in Martire’s lab.

“I’ve always been fascinated by the mind-body connection, and I’m especially interested in how spouses may affect each other’s health,” Wilson said. “Very little work has been done to link couples’ conversations to their physiological activity in the home environment.”

For two 48-hour periods, individuals with rheumatoid arthritis (RA) and their spouses wore heart monitors while audio-recordings captured the couples’ in-home interactions. Patients were required to have a current RA diagnosis, report at least moderate daily pain, and spend at least eight hours per day with a cohabiting partner. Couples were excluded if they had a pacemaker, had others living with them, or if the spouse reported more than mild pain.

The resulting almost 300 hours of recordings were coded for patients’ pain expression as a result of RA, which varied from none to an average of 11 times daily. The researchers then linked the cardio and audio data to the patient’s pain expression and found that, contrary to prediction, spouse cardiovascular changes in response to patient pain expression were not consistent with the kind of stress reactivity previously shown in the lab.

Wilson said she was surprised by this finding and that couples in the study didn’t interact more, as the audio recordings picked up all conversations taking place in the high-traffic areas of the home. Despite this, the researchers found they were able to collect enough high-quality data to suggest that spouse cardiovascular reactivity to pain expression in the home setting may differ from that in the lab.

In the future, Wilson would like to conduct a longitudinal study with a larger sample of couples to find out how the patterns may play out over time.