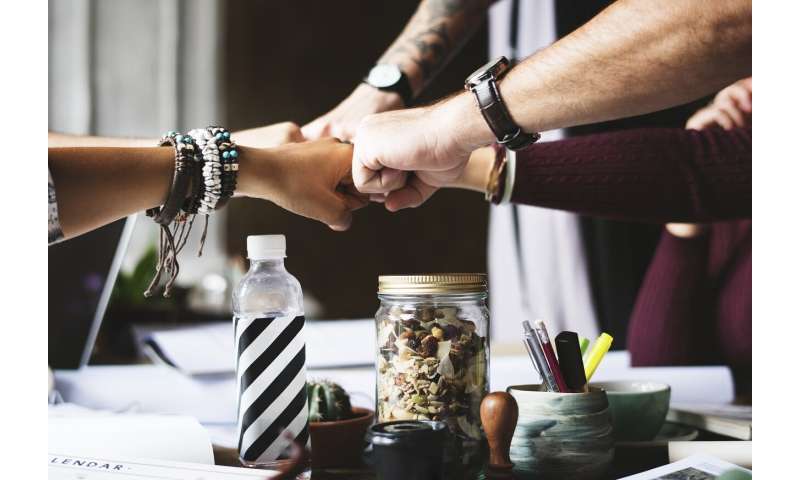 How we form these moral assessments of others has a lot to do with cultural and social norms, as well as our capacity for empathy, the extent to which we can take on the perspective of another person.

In a new analysis, researchers from the University of Pennsylvania investigate cooperation with an evolutionary approach. Using game-theory-driven models, they show that a capacity for empathy fosters cooperation, according to senior author Joshua Plotkin, an evolutionary biologist. The models also show that the extent to which empathy promotes cooperation depends on a given society’s system for moral evaluation.

“Having not just the capacity but the willingness to take into account someone else’s perspective when forming moral judgments tends to promote cooperation,” says Plotkin.

What’s more, the group’s analysis points to a heartening conclusion. All else being equal, empathy tends to spread throughout a population under most scenarios.

“We asked, ‘can empathy evolve?'” explains Arunas Radzvilavicius, the study’s lead author and a postdoctoral researcher who works with Plotkin. “What if individuals start copying the empathetic way of observing each other’s interactions? And we saw that empathy soared through the population.”

Plotkin and Radzvilavicius coauthored the study, published today in eLife, with Alexander Stewart, an assistant professor at the University of Houston.

Plenty of scientists have probed the question of why individuals cooperate through indirect reciprocity, a scenario in which one person helps another not because of a direct quid pro quo but because they know that person to be “good.” But the Penn group gave the study a nuance that others had not explored. Whereas other studies have assumed that reputations are universally known, Plotkin, Radzvilavicius, and Stewart realized this did not realistically describe human society, where individuals may differ in their opinion of others’ reputations.

The researchers incorporated this variation in opinions into their models, which imagine someone choosing either to donate or not to donate to a second person based on that individual’s reputation. The researchers found that cooperation was less likely to be sustained when people disagree about each other’s reputations.

That’s when they decided to incorporate empathy, or theory of mind, which, in the context of the study, entails the ability to understand the perspective of another person.

Doing so allowed cooperation to win out over more selfish strategies.

“It makes a lot of sense,” Plotkin says. “If I don’t account for your point of view, there will be many occasions when I judge you harshly when I really shouldn’t because, from your perspective, you were doing the right thing.”

To further explore the impact of empathy on cooperation, the researchers looked at a variety of frameworks, or social norms, that people might use to assign a reputation to another person based on their behavior. For example, most frameworks label someone “good” if they reward a fellow “good” individual, but social norms differ in how they judge interactions with a person deemed bad. While the “stern judging” norm labels “good” anyone who punishes a bad actor, the “simple standing” norm does not require this punitive approach: A “good” person can reward a bad one.

Plotkin, Radzvilavicius, and Stewart discovered again that capacity for empathy mattered. When populations were empathetic, stern judging was the best at promoting cooperation. But when a group was less willing to take on the perspective of another, other norms maximized rates of cooperation.

This result prompted the team to ask another evolutionary question—whether empathy itself can evolve and become stable in a population. And under most scenarios, the answer was yes.

“Starting with a population where no one is empathetic, with people judging each other based on their own perspective, we saw that eventually individuals will copy the behavior of those who judge empathetically,” says Plotkin. “Empathy will spread, and cooperation can emerge.”

This was the case even when the researchers accounted for a degree of errors, noise, and misperception in their models.

The findings open up a new area of research for both evolutionary theory and empirical studies into how societies behave.

“Empathy is completely foreign to game theory,” Radzvilavicius say. “In a way this is finding a new niche for research to progress to in the future, accounting for theory of mind.”

Looking ahead, the Penn team hopes to pursue such questions, perhaps by pitting different social norms against one another and eventually by testing their ideas against observations from real people, either through experiments they design or through data collected from social media.