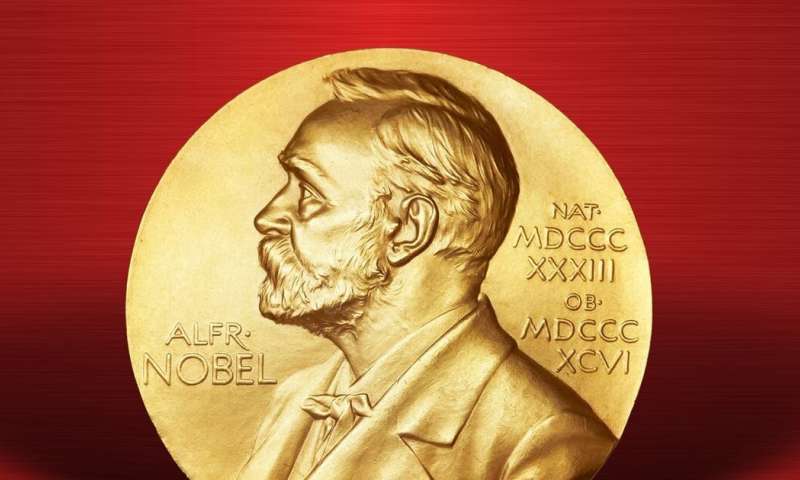 On the morning of Oct. 7, I woke up with the message from a colleague saying that “HIF got the 2019 Nobel Prize in Physiology or Medicine whoo hooo.” That’s exciting news for young researchers like me who are beginning our careers studying hypoxia, when the levels of oxygen are low in the cells.

If you are wondering what on Earth that means, HIF, or hypoxia-inducible factor, is a protein that increases inside the cell when the oxygen levels fall, helping the cell survive.

The recipients of this year’s Nobel Prize in Physiology or Medicine are William G. Kaelin of Harvard Medical School, Sir Peter J. Ratcliffe of Oxford University and Gregg L. Semenza of Johns Hopkins University. They won for their pioneering research into how the cells sense and adapt to low oxygen conditions.

I’m biologist at the University of Pittsburgh, where my colleagues and I study how low levels of oxygen affect the way cells communicate and the impact this has on metabolic diseases like obesity, type 2 diabetes and cancer.

Understanding how cells talk to each other in a low oxygen environment—like a tumor—is critical for learning how cancers grow and progress. The pioneering work from these three eminent scientists laid the foundation for my research and that of many others studying disease.

Oxygen flux within the cells

Adapting to varying oxygen levels is one of the key evolutionary adaptations for most life forms on Earth. Every cell in the human body requires oxygen for its normal function.

Both the environment and the physiological status of the body determines how much oxygen is available to cells. For example, in higher altitudes, oxygen availability decreases. This is especially important for mountain climbers, who must adapt to altitude in order to help their body increase the oxygen carrying capacity in the blood. This is essential to avoid mountain sickness and other altitude-associated health issues such as pulmonary and cerebral diseases.

Oxygen levels in the human body are constantly fluctuating, depending on whether the individual is eating or fasting, exercising or resting and even whether they are stressed or calm. For example, during exercise, the oxygen supply to the muscles is increased to supply energy. This leaves less oxygen for other organs such as the liver.

In many diseases, damage to the blood vessels can drop blood supply, and thus oxygen supply, to the affected organ, which may make the patient even sicker. Thus, the oxygen levels within the cell are important to both healthy and sick people.

Sensing oxygen is vital in health and disease

If oxygen is such an important element for survival, how does the human body cope with these rapid and constant fluctuations?

In the early 1990s, Semenza and Ratcliffe independently discovered that cells adapt to changes in oxygen levels by making more of a protein called hypoxia-inducible factor-1 or HIF-1. When oxygen levels decrease, the HIF protein inhibits oxygen-consuming processes of the cells by altering the activity of numerous genes, thereby enabling the cells to adapt quickly and survive the low oxygen environment.

A few years later, Kaelin and Ratcliffe characterized how oxygen levels in the cells regulate the amount of HIF-1 produced.

After their seminal discovery, numerous studies from researchers around the world including ours uncovered this protein’s many roles in keeping the body healthy, and how disease can occur when the oxygen-sensing system is broken. HIFs are now known to control a diverse array of functions in many different types of cells, including immune, brain and cancer cells.

In the last decade, researchers have shown that HIFs have a pivotal role in promoting the growth of tumors. Cancer cells divide and grow rapidly and have a larger appetite for both nutrients and oxygen. But the blood vessels feeding the tumor cannot keep up with the cancer growth.

The clever cancer cells survive by producing higher quantities of HIF protein. The HIF proteins trigger changes in cancer cell metabolism, and switch them to a low oxygen and low energy mode. This helps the cancer cells to survive in oxygen- and nutrient-poor conditions, and keep growing and spreading.

Some research has even shown that the increase in HIF in cancer cells induces drug resistance to chemotherapy. Thus, pharmaceutical companies are now targeting HIF in the treatment of numerous cancers.

Numerous diseases such as fatty liver disease, metabolic and cardiovascular diseases are also associated with increased levels of HIF protein in various tissues. Animal studies have supported the strategy of removing HIF from specific tissues and the therapeutic value of targeting HIF in metabolic diseases.