The human eye shares several vascular and neural similarities to the brain, and hence, our eyes have been found to offer a direct window to brain pathology. The unique characteristics of our eyes allow them to be a relatively affordable biomarker for Alzheimer's disease (AD) and other illnesses of the brain. 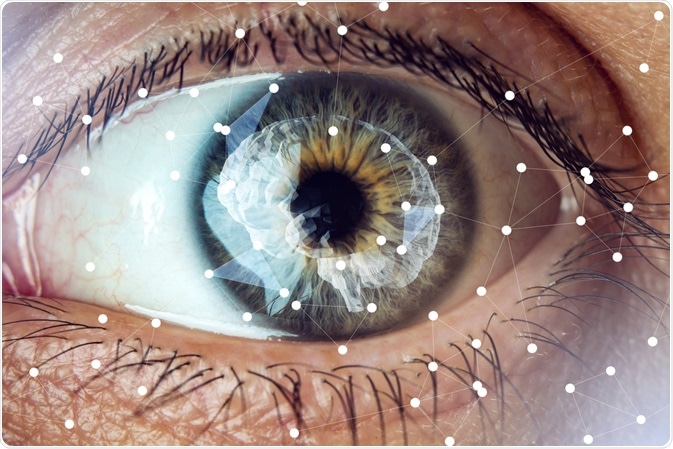 Currently, the diagnosis of AD is only possible after patients start showing early cognitive loss. A formal diagnosis is made using cognitive or mental state examinations, but the diagnosis can only be confirmed after examining the brain post mortem.

Alzheimer's patients usually report visual symptoms, and this encouraged scientists to look for potential ocular biomarkers for AD. Studies showed that certain visual symptoms could be an indication of dementia onset as well as the development of senile plaques in the visual regions in the brain.

As more and more details about the sequence of events, as well as the neurodegenerative changes in AD, are discovered, structural retinal biomarkers were found to have the potential to help in the early diagnosis of AD. Commonly reported vascular issues in AD are a blood-brain-barrier compromise, impaired Aβ clearance, vasoconstriction, reduced blood vessel density, and blood flow.

Direct visualization of the hallmarks of AD in the retina can be the most promising AD biomarker because of its specificity for AD. However, ongoing work is necessary to verify that Aβ plaques are present in retinal tissues and that these retinal deposits are predictive of cerebral deposits. In addition, VVAD, a visual variant of AD, has been found to affect relatively younger people. VVAD patients present with visual symptoms in their 50s or 60s and eventually follow the course of cognitive decline typically seen in patients with AD.

Non-retinal biomarkers for AD include pupillary reactions such as pupil size and pupillary response to light. Eye movements also play a crucial role because AD patients have trouble with reading due to suboptimal eye movements said to be linked to memory. AD sufferers have been shown to present with higher latency during voluntary eye movements, and show decreased eye movement speed. They may also fail to fixate on or follow a moving target.

Apart from being crucial and early indicators of brain illness, these visual changes are easy to examine since the eye is very accessible, and retinal imaging is a simple procedure, all of which make ocular biomarkers very attractive.

Study at the Duke Eye Center

A study conducted by researchers at the Duke Eye Center concluded that Alzheimer's and other kinds of brain illnesses could soon be detected using just an eye exam. The study analyzed the retinas of more than 200 people to find any potential differences between those with and without Alzheimer's disease.

The researchers used a non-invasive technology, namely optical coherence tomography angiography (OCTA) to take high-resolution images of the tiny blood vessels in the retina. Since the retina can be considered as an extension of the brain, they concluded that the differences in the density of the retinal blood vessels could be indicative of the state of the cerebral blood vessels and hence help us in early detection of brain pathology.

Ocular biomarkers for AD, though still in their infancy, hold a lot of promise for the detection of Aβ-related retina changes, which are very specific for AD pathophysiology. The discovery of these ocular markers is said to have the potential to advance our understanding of AD considerably.

The development of ocular biomarkers is expected to open new doors to the discovery of novel diagnosis and treatment methods that can improve the quality of life of patients with brain disease. Future research needs to focus on potential avenues for further advancements in this area.