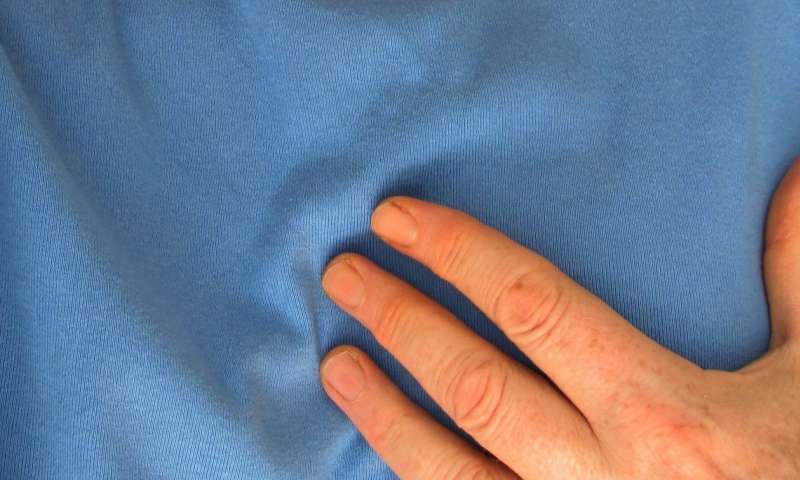 Adults with incident coronary heart disease (CHD) are at higher risk for faster cognitive decline in the long-term, according to a study published today in the Journal of the American College of Cardiology.

Coronary heart disease (CHD) is the leading cause of death in men and women. CHD occurs when coronary arteries become damaged due to a build-up of fat and cholesterol and can result in a heart attack or angina when the heart cannot get the blood or oxygen it needs.

The study, one of the largest longitudinal studies investigating the progression of cognitive decline before and after CHD diagnosis, included data from a total of 7,888 stroke-free participants from the English Longitudinal Study of Aging (ELSA), a community-based, biannual, cohort study of adults age 50 and older, from 2002—2017. The researchers excluded individuals who had a history of stroke, heart attack and/or angina, had a confirmed diagnosis of dementia and/or Alzheimer’s disease, or had an incident of stroke during follow-up.

Three cognitive tests were used to assess participants’ cognitive function in eight waves across a 12-year follow-up period. First, verbal memory was assessed by testing immediate and delayed recall of 10 unrelated words. Second, participants were asked to orally name as many different animals as possible in one minute to test semantic fluency. Third, temporal orientation was assessed through four questions regarding the current date (day, month, year and day of the week). Higher scores indicated better cognitive function.

“Even small differences in cognitive function can result in an increased risk of dementia in the long-term,” said Wuxiang Xie, Ph.D., the study’s lead author and a research fellow at the Imperial College School of Public Health in London. “Because there is no current cure for dementia, early detection and intervention are essential to delay the progression to dementia. Heart attack and angina patients need careful monitoring in the years following a diagnosis.”

The researchers report that CHD might directly contribute to cognitive decline due to the lack of oxygen to the brain. A previous study determined ischemic heart disease was associated with cerebral microinfarcts, suggesting that CHD may be associated with cerebral small vessel disease—a leading cause dementia in older adults—and therefore contributes to cognitive impairment.

In an accompanying editorial comment, Suvi P. Rovio, Ph.D., adjunct professor at the University of Turku Research Centre of Applied and Preventive Cardiovascular Medicine in Finland, said the links between cardiovascular and brain health suggest that compromised cardiovascular risk factor levels from early age may damage both vascular and neural tissues of the brain.

“This study provides evidence on the role of incident coronary heart disease as a possible factor bending the course of cognitive decline trajectory in older age,” she said. “While primordial and primary prevention would be the most optimal outlooks to postpone clinical cognitive impairment, it is crucial to identify specific at-risk populations for targeted secondary and tertiary prevention.”