Hysterectomy is a term which refers to the surgical removal of the uterus. The major indications for hysterectomy include: 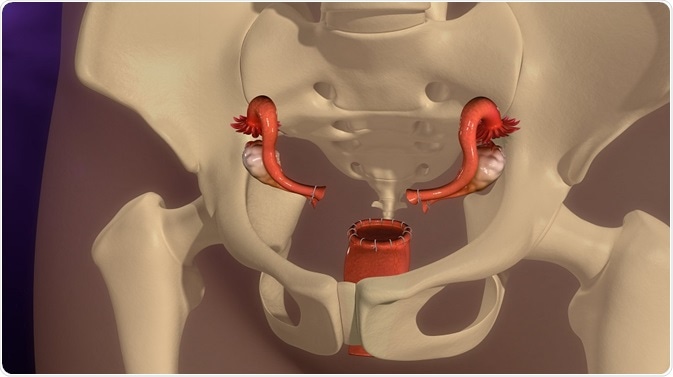 Positive outcomes followed hysterectomy in many women, including relief of pelvic pain, psychological symptoms, and urinary symptoms. However, there are also many cases in which the results were less than optimal.

Adverse outcomes following hysterectomy may include:

Chronic pelvic pain (CPSP) is found to occur in women who had undergone hysterectomy, but it was not consistently related to presurgical pain in 40% of women. It is thought that being exposed to pain for a prolonged period preoperatively is responsible for sensitizing the pain receptors so that the pain threshold is lowered for neurons in both the central and peripheral nervous system.

This leads to the continued perception of pain even without a particular type of tissue damage as responsible. Again, the more severe the initial pain after surgery, the higher the risk of CPSP thereafter because of the increased chance of central sensitization.  The nerve injury and wound inflammation lead to the occurrence of peripheral and central neuronal sensitization, which in turn causes CPSP.

Both abdominal and vaginal approaches to hysterectomy have been associated with approximately the same incidence of CPSP, and this does not change significantly with the type of abdominal incision, according to most studies.

The nerve damage is thought to be the reason for the pain, in association with the preoperative lesion. While one study found about 25% incidence of CPSP at 4 months after hysterectomy, this was only 6% after 24 months.

Many patients who had a hysterectomy had hypoesthesia around the region of incision, which refers to impaired nerve cell function and loss of sensitivity to touch and pain. On the other hand, hyperesthesia is due to damage to nerves which results in increased sensitization of the neurons to any stimulation. One study estimated that hypoesthesia occurred in 15% while hyperesthesia was far less common.

Neuropathic symptoms are practically universal at 4 months after surgery but decline steadily thereafter. One researcher attributes the highest risk for pain following hysterectomy to preoperative hyperalgesia to various stimuli. However, another large study found that postsurgical pain was present in about 38%, 27%, and a high 51% of patients who had hyperesthesia, hypoesthesia, or a combination of both after the surgery, respectively.

Nerve injury is a significantly debilitating condition but fortunately rare, occurring in 0.2-2% of patients. The ilioinguinal and hypogastric nerves may be injured in a Pfannenstiel incision.

Within five years of the procedure, one or both ovaries may fail because of interruption to their blood supply following removal of the uterus. This may precipitate the symptoms of menopause. Hot flashes occurred in 13% of women following hysterectomy in premenopausal women. This may also lead to an increased risk of osteoporosis and ischemic heart disease in later life.

Health risks: Following oophorectomy along with hysterectomy, premenopausal women who have one or both ovaries removed experience androgen and estrogen deficiency which in turn precipitates menopausal symptoms relatively abruptly. Organ damage, hemorrhage, and other complications are also reported to be higher following bilateral ovarian removal.

A benefit often quoted is the 20% decrease in breast cancer risk, and a steep reduction in ovarian cancer risk of course. But this seems to be outweighed by the increase in non-genital cancer and cardiovascular disease risk, so that the mortality from all causes remains the same.

For women under 50 years, the mortality was significantly higher following bilateral oophorectomy in never-users of estrogen. When oophorectomy was done along with hysterectomy, before the age of 55, according to one group, the risk of death by the age of 80 from coronary heart disease went up to 16% (from 7.5%) and from osteoporotic hip fracture to 5% from 3.4%.

Low libido: All women do not respond the same way to the removal of the uterus. If oophorectomy is also performed, estrogen lack produced lack of sexual desire and deterioration of sexual function, with resulting self-esteem issues and even depression.

Up to 7% complain of less sexual enjoyment, perhaps due to the loss of uterine contractions or the sensation of pressure against the cervix, and in cases of oophorectomy, due to the failure of feminine hormones.

The removal of the ovaries may thus precipitate vaginal dryness and lack of sexual desire or intimacy-seeking behavior, as well as comfort, because in the normal case they continue to produce some androgen which is then converted to estrogen in the peripheral tissue. This is completely removed following surgical menopause.

Cardiovascular events: Following hysterectomy with oophorectomy, in one study women had an increased risk of acute coronary events or death due to heart attacks, compared to women with intact ovaries and uterus. This was contradicted in other studies which found the risk to be higher only when hysterectomy (with or without removal of one ovary) was performed in postmenopausal women.

Cancer risk: Another study found that non-genital cancers were increased in women following hysterectomy, particularly of the rectum, thyroid and kidneys.

Up to 8% of women complain of feeling depressed, either because of the loss of reproductive capacity or the feeling that they have lost an important part of their feminine personalities. Counseling with a professional or a group often helps, if the couple cannot handle it on their own.

The female hormone estrogen has a powerful neuroprotective effect. The reduction in cognitive functioning that follows a decrease in serum estrogen levels has been found to be quite evident in women who have undergone a bilateral oophorectomy before the age of 50 years.

Even the removal of one ovary will produce impairment of cognition, which responds to the early initiation of estrogen therapy continued to at least the age of 50 years. Vaginal hysterectomy was found to be associated with worsening of urinary problems, digestive issues and sexual problems.

Mortality rates following hysterectomy ranged from 0.6 to 1.6 per 1000 procedures. The removal of the ovaries has become more common over the last few decades, ostensibly to reduce the lifetime risk of ovarian malignancy. This risk is however already low, at 1.4%. The benefits of retaining the ovaries in the absence of high-risk factors for ovarian cancer include cardiovascular, cognitive, mental, and sexual.

People who got Pfizer vaccine in Israel later...

COVID Vaccine Makers Have More Than Boosters in...