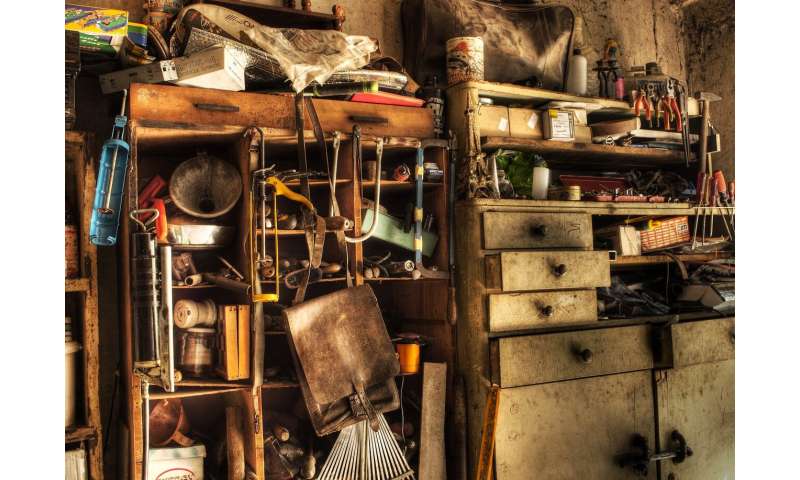 Hoarding can often be a debilitating problem for adults and is often associated with poorer mental health functioning and response to treatment. For children however, that may not be the case. A new study in the Journal of the American Academy of Child and Adolescent Psychiatry (JAACAP), published by Elsevier, reveals that cognitive-behavioral therapy (CBT) used to treat obsessive-compulsive disorder (OCD) can be successful for youth with hoarding symptoms.

Hoarding has historically been closely associated with OCD but is now considered in its own category in the Diagnostic and Statistical Manual of Mental Disorders (DSM-5) and is a phenomenon that is increasingly being discussed in the media.

“While evidence in adults suggests that hoarding can be debilitating and interfere with a patient’s ability to benefit from CBT, we found that the presence of hoarding symptoms does not interfere with treatment response to CBT for pediatric OCD,” said lead author Michelle Rozenman, Ph.D., Assistant Professor at the University of Denver, Denver, CO, and Adjunct Assistant Professor at the UCLA Semel Institute for Neuroscience & Human Behavior, Los Angeles, CA, U.S..

“Pediatric hoarding symptoms are prevalent, as nearly half of all youth affected by OCD also experience hoarding symptoms. Given the contrast between our data and studies of hoarding in adulthood that suggest poorer CBT treatment response, clinicians should assess for hoarding in their pediatric OCD patients in order to address these symptoms prior to adulthood when symptoms may worsen and interfere with an individual’s functioning,” Dr. Rozenman added.

The findings are based on data from children and adolescents presenting for services at the UCLA Child OCD, Anxiety, and Tic Disorders Program, a university-based specialty research and clinical program directed by John Piacentini, Ph.D.

A cohort of 215 children and adolescents between the ages of 7 to 17 who received a primary diagnosis of OCD were enrolled. The authors found that a substantial proportion of OCD-affected youth (43 percent) reported hoarding symptoms.

Evidence-based clinical interviews were conducted to determine OCD and other psychiatric diagnoses, OCD symptom severity and impairment, and presence of hoarding symptoms. A subsample of 134 youth were enrolled in research clinical trials where they received 12 sessions of CBT, with OCD symptom severity and impairment also assessed at the end of treatment.

The investigators also found that the proportion of OCD-affected youth with hoarding symptoms did not differ from those without hoarding in their treatment response to CBT (50 percent vs. 60 percent), or in improvements in OCD symptom severity.