Autism spectrum disorder is a neurodevelopmental disorder characterized as a deficit in social communication and repetitive and restrictive behavior. The disorder typically has an onset during infancy. However, some individuals may not be diagnosed until adulthood. 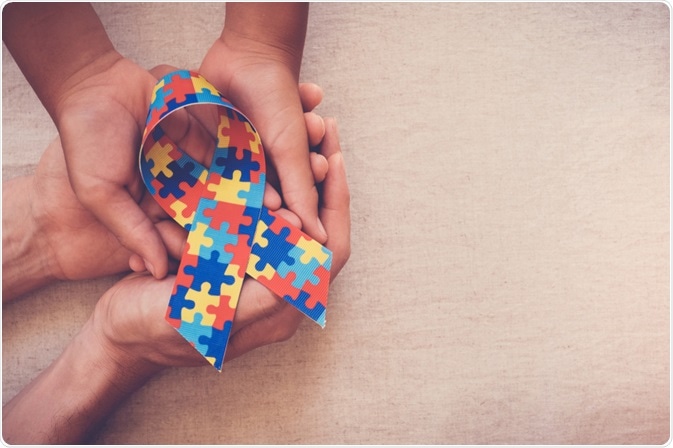 In young children, common signs that a child may have autism include:

As a spectrum disorder, autism can affect individuals in different ways and can vary in severity, meaning some people with autism may require very little support, while others may require substantial assistance from caregivers.

A recent study has shown that atypical eating behaviors in children are associated with autism spectrum disorder (ASD).

The research conducted by Susan Mayes, a Professor of Psychiatry, observed that 70% of children diagnosed with autism displayed atypical eating behaviors, which was 15-times more common than neurotypical children.

The research involved evaluating the eating behaviors of 2000 children from parent interviews. Specifically, they analyzed the frequency and difference in atypical eating behaviors in neurotypical children, those with ADHD, ASD, and other disorders.

Atypical eating behaviors include an increased sensitivity to food temperatures and textures, extremely restricted food preferences, and pocketing food without swallowing. The researcher argued that the presentations of atypical eating behavior among one-year-olds should heighten awareness among caregivers and doctors to look for ASD.

In such instances, the researcher recommends parents to refer their child for screening for autism. By gaining an early diagnosis, the earlier the child can start treatment with a behavior analyst who can devise interventions such as rewards to produce positive changes in the child’s behavior and help develop any required skills. Research has shown that applied behavior analysis (ABA) is most effective when started during preschool.

The director of the Feeding Program at Penn State Children’s Hospital, Keith Williams, uses ABA to assist individuals with atypical eating behaviors. He stresses the importance of identifying and correcting such behaviors to ensure that children eat a healthy, balanced diet.

However, Williams noted that typical picky eating habits found in children should not be confused with worrisome eating behaviors. Neurotypical children will progressively increase the types of food into their diet during development. However, children with ASD, who do not receive interventions, will often remain selective eaters.

Furthermore, children with ASD will have diets mainly consisting of grain products, for example, pasta, bread, and chicken nuggets. Due to sensory sensitives, those with autism may be resistant to try novel foods and dislike particular textures meaning they only consume foods of a specific shape, color, or brand.

This is argued to be a common, clinical phenomenon whereby many questions whether children with multiple eating problems also have ASD, as many go on to receive such diagnoses.

The research findings suggest that atypical eating behaviors may be useful in diagnostically distinguishing ASD from other similar disorders.