Broken heart cardiomyopathy is also called Takotsubo syndrome because of the peculiar shape of the heart following its development. It is also called apical ballooning syndrome for the same reason. It is an uncommon cause of myocardial infarct-like symptoms, and is now recognized to be the cause of acute coronary syndrome-like symptoms in at least 5% of women who present a ‘heart attack’. 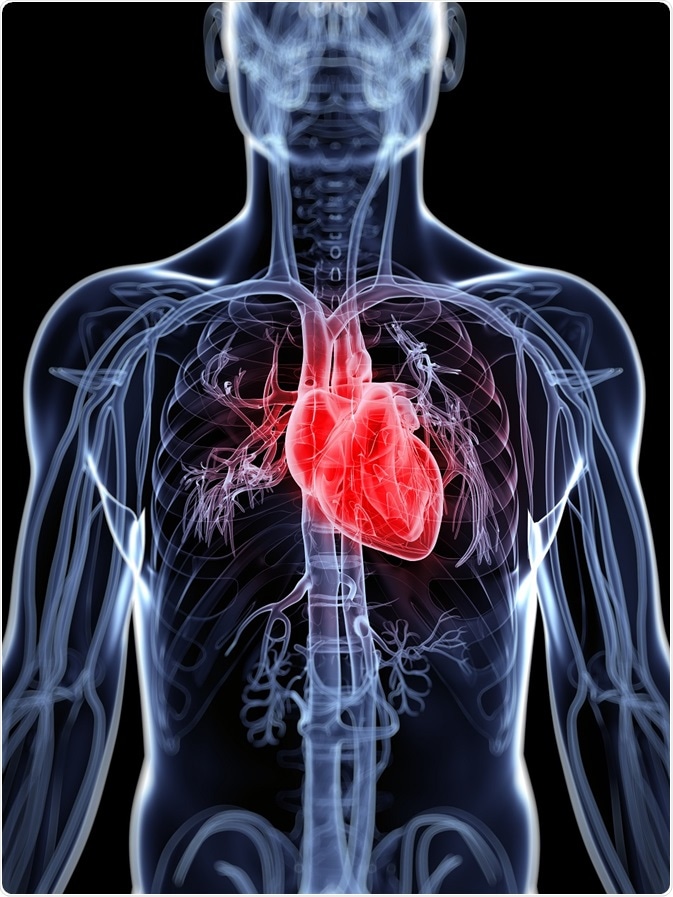 Most patients present with acute chest pain and difficulty with breathing following physical or emotional stress. While physical stressors were reported in a higher percentage (37.8%) of patients, emotional stress also accounted for more than a quarter of such cases. Complications such as cardiogenic shock and ventricular fibrillation may occur but are relatively rare in this condition.

Takotsubo cardiomyopathy is characterized by certain features which typically develop after emotional or physical stress:

Women are almost always the victims, with 90% of cases occurring in those who are post-menopausal.

The preponderance of this condition in elderly females points to the loss of the cardioprotective effect of estrogen on the female heart following menopause. This protection is especially relevant with regards to the action of catecholamines during acute and chronic stress.

The elevated levels of chemicals known to be raised in acute ischemic or hemorrhagic stroke associated with cardiac failure suggest that the same mechanism operates in all these cases. Patients with neurologic or psychiatric illnesses are found to be at a higher risk of developing stress-induced cardiomyopathy at a younger age.

The prognosis for this condition is usually excellent, with almost every patient recovering fully within a few weeks or even days. No residual left ventricular dysfunction is observed, supporting the notion of myocardial stunning in this syndrome, as also happens following a stroke due to acute subarachnoid hemorrhage.

This is hypothesized to be due to the incredibly high circulating catecholamine levels to which the myocardium is exposed in this condition, several logs as high as that found in acute coronary syndrome. The elevated levels of catecholamine hormones are exacerbated by the loss of estrogen activity in most patients. The changes reverse as the epinephrine level drops to normal in the post-stress period.

Various theories have been put forward to explain this condition, such as the hormone surge, myocardial stunning, ischemia-reperfusion theories causing transient coronary obstruction, microvascular disease and coronary artery spasm. The benign outcome does not imply a non-serious condition, because Takotsubo syndrome is associated with acute cardiac failure and a steep drop in the left ventricular end-diastolic pressure, even greater than that seen in a typical acute coronary syndrome.

Complications may occur in about 20% of patients, especially in younger patients who give a history of physical stress before its onset, and with acute mental or neurologic dysfunction. Thus, intensive supportive care is necessary during the acute phase to ensure complete recovery. The mortality is just above 1%, and recurrence is rare, well below 5%.

Despite the presentation with cardiac-like symptoms and ST elevation, cardiac biomarkers are found to be only somewhat higher than normal in 86% of patients.

The blood flow through the coronaries is always preserved and there is no obstructive lesion or blockage of blood flow. The left ventricle is observed to be pumping poorly, with the apex often showing a ballooned appearance due to apical dysmotility. Basal ventricular function preservation is always observed. This results in the typical appearance of the left ventricle at end-systole which has given the condition its name – a large left ventricular apex which constricts above to resemble a bulbous pot with a short tapering neck and a flared opening. This is the shape of the Japanese octopus pot trap which is called tako-tsubo.

However, inverted Takotsubo syndrome is now being reported in which the base of the heart becomes akinetic or hypokinetic, and the apex is hypercontractileThe mean ejection fraction is much reduced. This, coupled with the increased contraction of the ventricular base, can cause the left ventricular outflow tract to be blocked. Another common finding was the unusually high serum level of norepinephrine in three of every four patients with this condition

In conclusion, Takotsubo cardiomyopathy is a rare form of cardiomyopathy due to myocardial stunning produced by the acute elevation of serum catecholamines. These act on an otherwise healthy coronary circulation to produce apical left ventricular dysfunction, with preserved basal contractility.

It also leads to the characteristic shape of the heart, with chest pain resembling that found in acute coronary syndrome, ST segment elevation, and a small elevation of cardiac biomarkers which fails to reflect the levels normally found in a myocardial infarction.