Dementia is an umbrella term used to describe a condition characterized by memory loss, cognitive decline, and impaired reasoning. The most common type of dementia is Alzheimer’s disease (AD). It accounts for 60 to 80 percent of all dementia cases. 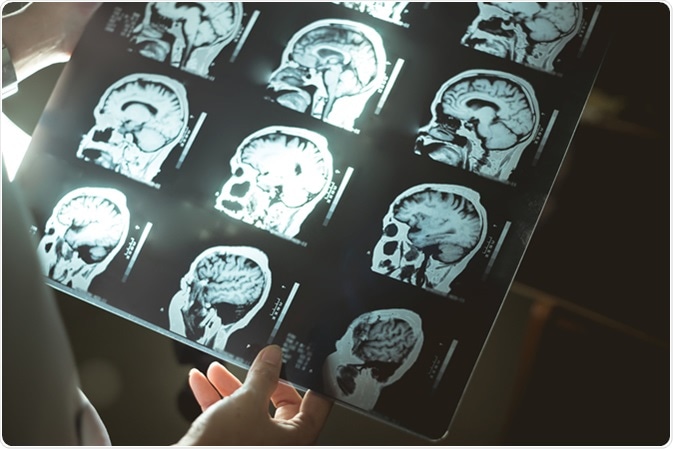 What is dementia? Dementia is not a single condition or disease, but a syndrome characterized by the loss of memory and other mental abilities.

People with dementia may have deficits in short-term memory, problems keeping track of their belongings, preparing meals, remembering dates and appointments, paying bills, and traveling. The disease is generally progressive, which means that the symptoms may start in a mild manner, but as time passes by, they become worse.

Though there are many types of dementia, the most common is AD, the hallmarks of which are the twisted strands of the protein tau (tangles) and deposits of protein fragments called beta-amyloid (plaques) in the brain. Patients with the disease may have evidence of nerve cell damage and death.

What Happens in Dementia

Dementia has many types, and each one has a different cause. For instance, Korsakoff’s syndrome stems from the effects of alcohol. Some types have no definite cause and others progress more rapidly.

The most common type, AD, is characterized by the formation of plaques and tangles in the brain cells. As a result, the nerve cells become damaged or die. The common signs and symptoms include memory loss, impaired ability to name people and places or remember appointments, mood swings, anxiety, agitation, and social withdrawal due to the loss of confidence or problems with communication.

In vascular or multi-infarct dementia, the blood vessels that deliver blood to the brain become damaged. As a result, some brain cells die because the body cannot supply the needed oxygen and nutrients.

On the other hand, dementia with Lewy bodies is characterized by the formation of small spherical protein deposits (Lewy bodies) in the nerve cells. These interrupt the exchange of chemical messengers including dopamine and acetylcholine.

What is Bright Light Therapy?

Bright light therapy is usually the choice of treatment for seasonal affective disorder (SAD). But it has also been used to treat other conditions such as bipolar depression, chronic depressive disorder, circadian phase sleep disorders, postpartum depression, and insomnia and behavioral disturbance in organic dementia.

Bright light therapy is a promising new treatment that can help dementia patients. It is thought to affect the brain chemicals related to mood and sleep.

Patients with dementia may have problems with sleep. The brain part responsible for the wake-sleep cycle is the suprachiasmatic nucleus. In patients with dementia, this part can be damaged, resulting in sleep disorders. Bright light therapy has been used to help normalize the sleep-wake pattern.

A study reports that sleep disturbances are common in patients with dementia, particularly AD or related dementia (ADRD). As a result, they have a difficulty in maintaining daytime function, taking a toll on the quality of life of the patients and their caregivers.

In fact, bright light may be a potential treatment for aggressive behavior in ADRD patients. After two weeks of light therapy in patients, there was improvement in the Crichton Royal Behavior Rating Scale (CRBRS) scores and Cohen-Mansfield Inventory (CMAI). Though further research is required, a 24-hour lighting system to enhance circadian entrainment, reduce fall risks, and enhance visibility is recommended.