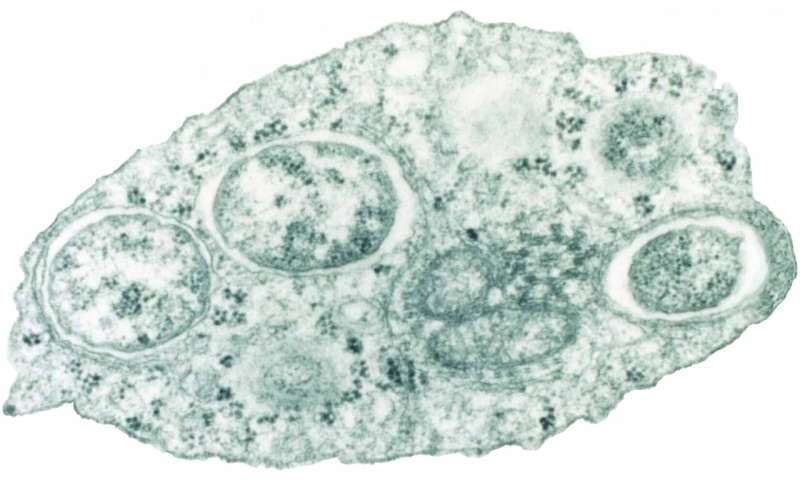 An international team of researchers has found what might be a cure for river blindness and elephantiasis. In their paper published in the journal Science Translational Medicine, the group describes their search for a drug that could kill the parasitic worms behind the diseases, what they found, and how well it worked when tested with animals.

Parasites called filarial worms are responsible for causing the parasitic diseases onchocerciasis (river blindness) and lymphatic filariasis (elephantiasis), both diseases are relatively rare. Both tend to occur in poverty-stricken regions in Africa and are quite debilitating. One can lead to blindness, the other to serious skin deformations. Drugs are available that kill the worms during their larval stage, but until now, there were no known ways to kill the mature parasite.

For nearly a half-century scientists have unsuccessfully sought ways to kill filarial worms inside the body. They have found drugs that are able to slow the damage the worms cause, but patients must take them for years or decades. In recent years, researchers discovered that a type of beneficial symbiotic bacteria called Wolbachia infect the worms. Thus, killing the bacteria would indirectly kill the worms.