Change can inspire hope in people, in others it can detrimentally impact their mental health, and, through inducing stress, can ultimately cause their physical health to deteriorate. The underlying factor that causes some people to cope better with change than others often comes some to their different cognitive strategies and their overall ease of adapting to change. 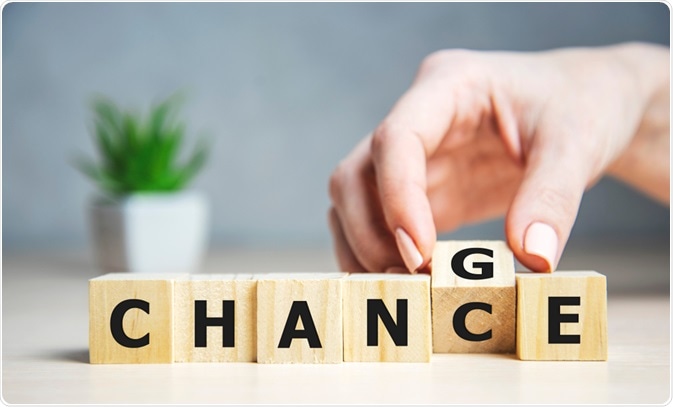 Throughout the COVID-19 pandemic, people around the world have faced major changes in their daily lives. Their feeling of health security and job security may have significantly changed for the worse, people have been forced to stop working or work from home, families, and friends have been prevented from seeing each other, important life events such as weddings and even pregnancy have been put on hold, and the way we can spend our leisure time such as going to the gym, the cinema, shopping in-store and engaging in other activities have drastically changed.

Overall, the COVID-19 pandemic has added significant levels of uncertainty to our lives through the numerous and continuous changes due to restrictions and responses to the spread of the virus.

Adaptation is a skill that is fundamental to allowing a person to adjust to change. It helps a person respond flexibly to new and unexpected situations. Via adaptation, humans can easily pick up new behaviors that allow them to cope with change. Studies have shown that a minority of people adapt better to change. While most people struggle to accept and mold to significant and unexpected changes, particularly negative ones, others will thrive in the adversity.

The key difference lies in how those who thrive process and respond to the change. Rather than looking back and evaluating what happened to find meaning, which is a cognitive strategy once believed to be universal among humans, successful adaptors do the opposite, they look forward and consider what they could do now the change has happened.

For most people, change makes us look back and ruminate over what happened

Evolutionarily speaking, assessing how and why something has happened is a key strategy to preventing the occurrence of future negative outcomes by pre-empting situations that lead up to them. However, this strategy does not allow a person to adapt to change and it puts their focus on the past and doesn’t allow them to fully consider how to make optimal behavioral adjustments to facilitate the change.

Previously, it was assumed that this strategy of looking back was innate to all humans. Now, research has shown that in the face of change, one-third of people will behave differently, using a strategy that allows them to adapt to change more successfully.

In the 1970s, researchers Maddi and Horn began investigating staff who worked at the Ma Bell phone company which was facing an inevitable disruptive breakup as other phone companies stole their market share. The scientists were interested in discovering how people reacted to the huge life change. For years they collected a wealth of data from the employees, by the sixth year the Ma Bell breakup occurred, resulting in roughly half the workforce losing their jobs. The scientists continued to study the entire group, including those who lost their jobs and those who were laid off, for the next six years.

They found that most people reacted poorly to the change, whether they kept or lost their jobs. The team recorded increases in illnesses such as cancer, heart attacks, and strokes, as well as a rise in divorces, alcoholism, drug addiction, and gambling.

However, a third of the people in both groups reacted differently and successfully turned this change into a personal success. Those in this third who kept their jobs went on to rise through the ranks, and those who lost their jobs became successful in new endeavors.

The difference between this third and the majority who suffered from the change was that the adaptive third demonstrated “existential courage” and looked forwards rather than back. Humans are hardwired to search for answers to change, however, not everyone looks in the same place.

My Prescription For Dealing With Change | Dr. Raymond Mis | TEDxProvidence

Changing our perspective to look forward

Researchers at the University of California-Irvine found similar evidence when exploring what sets people apart in terms of recovering from trauma. In studying a group of people who had suffered the loss of a spouse or child, were victims of child abuse or terrorism, or had suffered a natural disaster, the team found that most people instinctively look for an explanation for their suffering by turning to the past. However, a third of trauma victims did not adopt this perspective and looked towards what they could do in the future now what occurred to them had happened. This third was found to be the most well-adjusted following their trauma.

Both studies demonstrate how we have an opportunity to thrive in times of disruptive change by consciously changing our focus. Those of us who naturally look to the past for answers may cope better with change if we avoid this cognitive strategy in favor of looking to the future for opportunities this change may present.