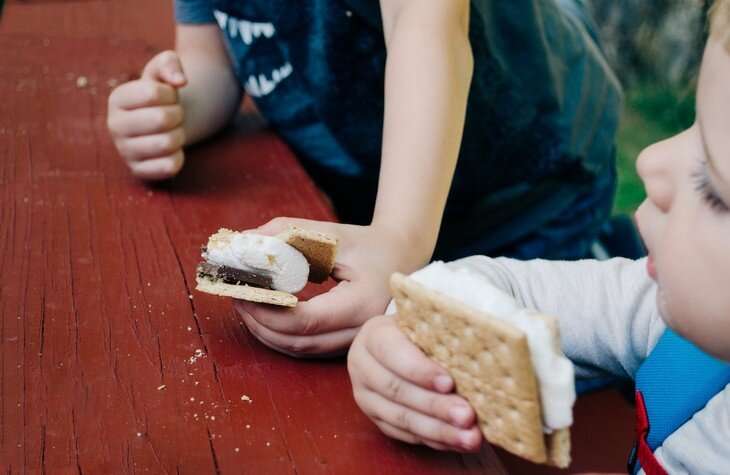 Does higher income for family households lead to lower youth obesity rates? A new study by a Penn State researcher suggests the answer is no.

Molly Martin, associate professor of sociology and demography, recently published the findings of her study in the Social Science & Medicine journal.

According to the researchers, obesity rates are higher among youth from low-income families, but Martin wanted to find out if having more money prevents youth obesity. Using a natural experiment design, the study analyzed if additional income for Pennsylvania families generated by the Marcellus Shale natural gas extraction would lead to a decline in youth obesity throughout this region.

“Although I was largely skeptical that income was a large contributor to disparities in youth obesity, I thought it could play a small role given the multiple reasons to expect it to matter,” Martin said. “The true direction of that association, though, was unclear. Some evidence suggests that greater income increases obesity risks. In sum, I expected income to have a very small, but causal effect on obesity, but in this particular case there is no causal effect.”

Martin’s work sets itself apart from similar research as she was able to study an external source of income change for families, which is rare in obesity research. Billions of dollars in royalty payments and earnings flowed through Pennsylvania because of Marcellus Shale development, but those amounts varied based on the characteristics of the rock thousands of feet below the ground.

Martin notes that a similar influx of outside income, especially from governmental sources, is unlikely in the near future.

“It is very difficult to find an independent source of variation for family income or any family status traits. The development of the Marcellus Shale is important in its own right, but for this study it provides that income shock,” Martin said. “There’s only a handful of other studies in the U.S. that have found a similar independent or external source of income change to examine the effect of income on obesity.”

Martin worked vigorously to identify if there was a clear causal association between income and youth obesity, which is especially difficult to prove or disprove.

“This project relies on the compilation of over 20 data sources, from industry maps to data from the Pennsylvania Environmental Protections Agency to Census data to FDA data about the location of grocery stores and much more,” Martin said. “It took several years to compile and harmonize these geographic-based data sources. I then had to test multiple, alternative models to rule out other explanations. The appendix to this paper is 8 pages long to include all of those tests. That exhaustive effort, though, was needed for my results to be believable.”

Proving that absence of a causal relationship has important policy implications. Martin is hoping that her research can direct lawmakers on how policy can assist in lowering youth obesity rates, now that one solution to the issue is eliminated.

“This paper demonstrates that giving disadvantaged families in Pennsylvania more money is not the solution, but that should not distract us from the inequities in obesity or dissuade us from trying to eliminate them,” Martin said. “To me, the policy solution is to alter our communities to make access to healthy food and physical activity opportunities more accessible and equitable, and less dependent on a child’s family resources. Instead of privatizing children’s health opportunities, our society could take a more collective approach and improve the health-promoting options for all children to thrive. This, in turn, could eliminate or substantially reduce these disparities in youth obesity.”

There may also be an importance to the geographical context that Martin’s work demonstrates. Many of the communities located above the Marcellus Shale are rural, but rural communities often lack many of the needed resources to fight youth obesity compared to cities and suburbs.

“Rural communities often have fewer grocery options and opportunities for youth physical activity, and that is also true in Pennsylvania,” Martin said. “Thus, there is a chance that the lack of these amenities blunted the potential positive health effects of this additional income, but that also speaks to the importance of our communities in both understanding and ameliorating youth obesity.”

Martin has been thankful to receive some assistance over the course of her work.