Good news for those of us whose exercise regime is less than vigorous. It’s possible to walk our way to a younger brain. In a nine-year study examining the link between fitness and Alzheimer’s risk, researchers at the American Academy of Neurology (AAN) found that those with the highest levels of cardiorespiratory fitness were 33 per cent less likely to develop the disease than those who were least fit.

But 10 kilometre sprints and spin classes aren’t essential. The AAN notes: “For the middle-aged and older, the highest level of fitness can be achieved by walking briskly most days, for two and a half hours or more per week.” 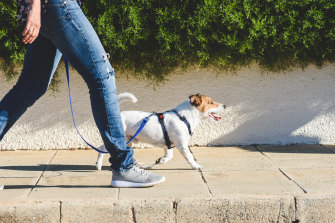 Along with a good social and sex life, diet, and quality sleep, “exercise is one of the big five that puts the boot on the throat of ageing.”Credit:iStock

Compelling evidence already exists if we study the “Blue Zones”: the five areas of the world where populations are blessed with unusual longevity and better health (including brain health). Professor James Goodwin, director of science and research impact at the Brain Health Network, and author of Supercharge Your Brain, says: “In the Blue Zones, dementia is about 75 per cent less prevalent in their communities than in the global average.”

Much has been made of the diets – typically a Mediterranean regimen low on meat and high in plants, pulses, nuts and fish – but Goodwin says their exercise habits deserve more attention. In these regions, there’s no tradition of sweating till you drop at the gym or grinding out marathons; however, people walk over 10,000 steps during their day. Moderate, regular, prolonged activity is a way of life.

While, say, three weekly spin classes are beneficial, they’re not enough to counteract the effects of just sitting at a desk the rest of the time. “That’s where we go wrong,” says Goodwin. An active lifestyle (weaving regular movement and exertion into the structure of your daily life, such as taking the stairs instead of the lift) as well as “purposeful exercise” (eg brisk walking to increase heart rate) is key.

“Exercise itself – like being in the gym – is not an antidote to living a couch-potato lifestyle. We know that if you sit for over 10 hours a day, you can go to the gym all you like – those benefits are undermined by that inactivity. You’ve got to do both.”

But why should there be a correlation? As Goodwin explains: “The drive for exercise is absolutely embedded in the brain over 1.5 million years of evolution from when we were hunter-gatherers.” Because our survival depended on our ability to track and kill animals for food by tiring them out, our physiology developed to support long purposeful treks – “to walk quickly for long periods of time and not get fatigued.” He says: “The relationship between adequate brain function and exercise is fundamental.”

This also partly explains why a sedentary life is so bad for brain health. Between hunting, people had to rest – and, says Goodwin, “the brain rested as well to conserve energy. If we’re inactive, we have an inactive brain. It’s an energy-saving strategy. That’s how we evolved, an intense relationship between hunting-and-gathering, and activity, and brain health.”

He adds: “People who are inactive have a higher risk of high blood pressure, of high blood glucose, high fat content in the body especially around the waist, and high cholesterol – or what’s called metabolic syndrome, a collection of recordable measurements which tells us we’re at risk of chronic long-term illness. Exercise reduces the risk of those features appearing.” And by keeping your blood pressure low, blood sugar low and the fat round your waist down, not only will you reduce your risk of chronic long-term illness, you will also increase your brain health, he says.

Conversely, he notes that our mortality rate increases by 2 per cent for every hour of sitting, and by 8 per cent where we’re on our backside for more than eight hours per day. Plus, studies have shown that sedentary behaviour is a predictor of Alzheimer’s. Goodwin advises “waging war on the chair”, taking a 10-minute movement break at least every 50 minutes, and making it a rule never to sit when you can stand.

But not only can we slow ageing by moderate exercise, we can turn back the years. “If you do enough moderate to intense exercise, you can reverse the ageing of the brain,” says Goodwin. He points to research by scientists at the University of Pittsburgh. Professor Kirk Erickson and his team recruited 120 sedentary older people (without dementia) and divided them into two groups. One walked around a track for 40 minutes a day, three days a week, the other did stretching exercises.

At the end of the one-year study, says Goodwin, the moderate exercisers experienced improvements in memory and brain health. “Parts of their brain, notably the hippocampus increased in volume by 2 per cent.” (The stretchers, meanwhile, sadly experienced a decrease in hippocampus volume by about 1.4 per cent.)

Boosting neurogenesis also has a positive impact on our cognitive reserve. “If you have a mentally demanding occupation, if you are well-read, if you continue your education and you tax the brain continuously throughout life, the brain develops all these networks of connections between the synapses, which temper the effects of Alzheimer’s,” says Goodwin. “The growth of new brain cells enables better resilience and better cognitive reserve. They work hand in hand.”

Exercise can have immediate benefits to your brain power – your memory and decision-making – whatever your age. Epidemiological evidence shows leading a physically active lifestyle reduces our risk of cognitive decline, from middle age onwards. If you’re fit in midlife, you’re likely to perform as well as – if not better – than younger inactive colleagues in memory and cognitive power. “Those who exercise aerobically and have an active lifestyle have vastly improved memories compared to those who don’t.” (Don’t expect instant results, but “your memory will slowly improve the fitter you get. And if you maintain your fitness it will keep on improving”.)

“Age is only a number,” adds Goodwin. “Actually how old you are depends on how well you’ve looked after yourself, what genes you got from your parents, and what your environment is like.” And only 25 per cent of how we and our brains age is down to DNA. “Seventy-five per cent is due to lifestyle and environment – and we can make those choices.”

So some people at 50 perform as if they were 30, whereas others are old before their time – and one indication of this, he says, is how fast they walk and how many steps they take. “The slower you walk and the shorter your step, the older you are.”

Knowing this, can we correct it? “Yes,” says Goodwin. “We naturally slow down as we age. We should make the effort to keep our activity brisk. Push yourself when you’re walking.”

Crucially, incorporating the likes of regular brisk walks into our day helps to reduce inflammation. Goodwin says: “The other great thing about exercise and an active lifestyle is that it reduces inflammation massively. And inflammation is a proxy for ageing. The older you get, the more inflammation there is in the body. If you can reduce that inflammation, you’ll slow down ageing. If you slow down ageing, you’re at less risk of dementia.”

Along with a good social and sex life, diet, and quality sleep, “exercise is one of the big five that puts the boot on the throat of ageing. The relationship between adequate brain function and exercise is fundamental,” he says.