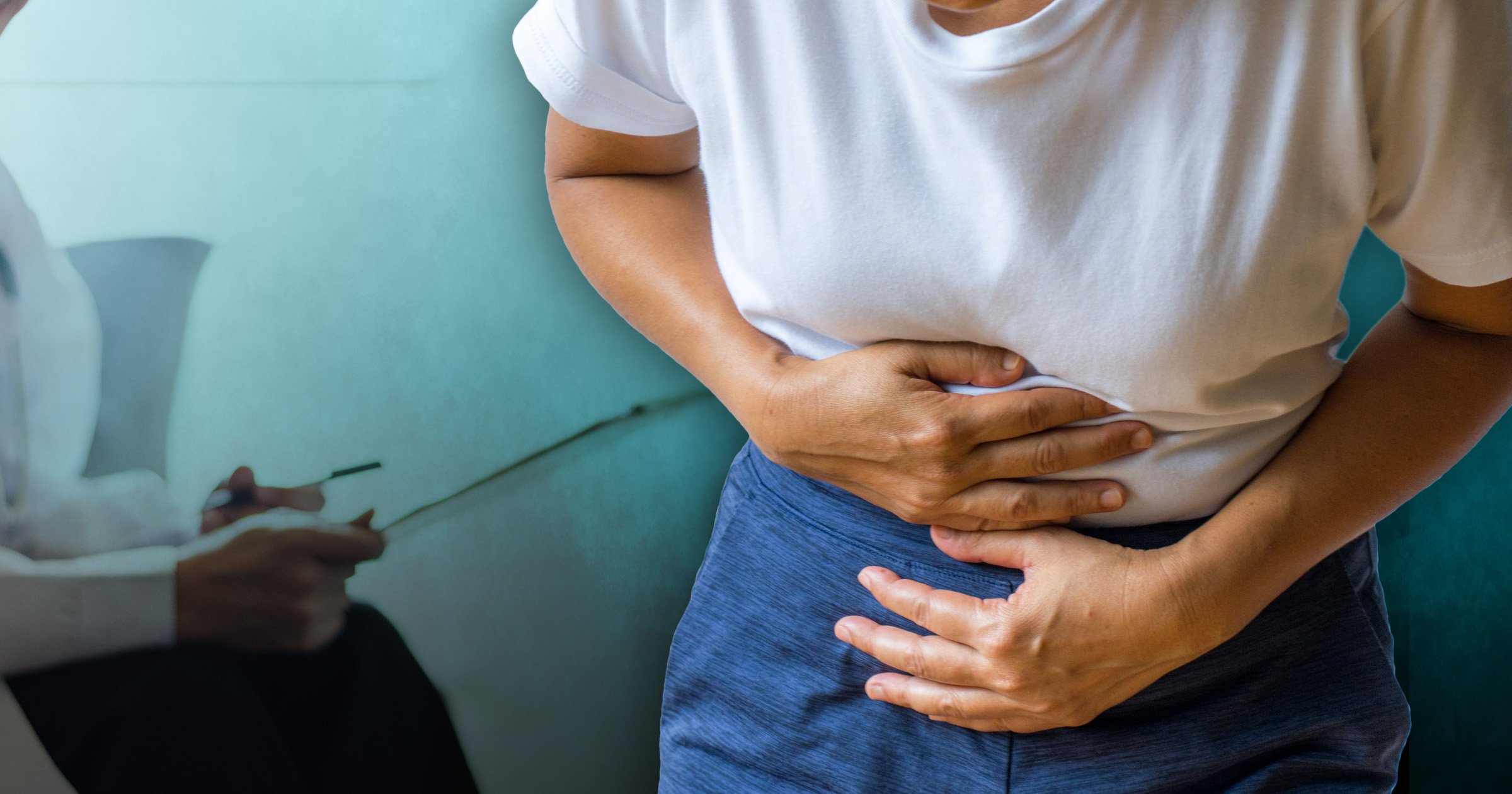 The timing and accuracy of a cancer diagnosis is everything.

But new research by Target Ovarian Cancer shows that women are still being overlooked. In fact, over a quarter of women make three or more visits to their GP before being referred for tests.

On top of that, nearly a third wait over three months from first visiting their GP for the correct diagnosis.

Mo Easton, a 77-year-old from Kettering, was initially diagnosed in 2016 with ovarian cancer.

But the journey to get that diagnosis was long – she visited her GP practice ten times over 11 months before receiving the correct diagnosis.

She is now on her fourth recurrence and undergoing treatment.

She tells Metro.co.uk: ‘I had made ten visits with ovarian cancer symptoms, which included bloating and abdominal pain.

‘I was misdiagnosed with IBS (something very rarely diagnosed in the 50+ age group), celiac disease, a blocked bowel and constipation.

‘Once I had an ultrasound at my local hospital, it was there I was told I had high grade serous ovarian cancer stage III.

‘I was with my boyfriend David and a Macmillan nurse. The oncologist said: “you have incurable ovarian cancer and you’ll be on palliative care until you die.”

‘I was in shock and couldn’t understand how on earth they hadn’t known.’

Mo kept persisting with her GP because she knew she wasn’t being taken seriously.

‘I wasn’t satisfied with the diagnosis and the symptoms were persistent,’ she says.

‘If I ever speak to anyone new, I will always mention ovarian cancer because it doesn’t feel known.

‘We need to get it out there, and help people to understand the disease as this might mean they receive an earlier diagnosis.’

If she had been diagnosed when she first went to the doctor, Mo believes she would have been cured by now.

But her outlook is positive when thinking about her impact on other patients.

‘Sometimes I’m frustrated. I am now on my fourth recurrence of ovarian cancer and am also living with lymphoedema, a symptomatic disease, which is incredibly uncomfortable,’ she adds.

‘Having said that, every day I know I’m lucky to be under an oncology centre now.

‘Something that has come out of my experience is that my registered GP invited me to speak to his students and present my symptoms, as I had presented them on my multiple visits to his practice.

‘It started a conversation with the next generation of doctors in primary and secondary care which is a huge positive.’

Just one in five women know that bloating is one of the key symptoms of ovarian cancer, and now Target Ovarian Cancer is calling for more awareness and campaigns to educate women and GPs alike.

Another glaring issue found, is that 14% of women reported that they were not told their diagnosis in private.

Lesley, 73, from Bishop Auckland, discovered this first-hand in 2020.

She says: ‘I knew I had ovarian cancer due to my CA125 blood test which was above the normal levels and I thought the cancer was in the early stages which I knew would have a better prognosis.

‘When I was shopping in Marks and Spencer, I got a phone call to tell me the results of my CT scan which revealed the size of the tumours on my ovaries.

‘They were described as the size of a grapefruit and a melon. I was told that they would be referring me to surgery.

‘I was shocked. I didn’t understand how I couldn’t feel those tumours inside me and visualised how big they were.

‘Suddenly everything was looming in front of me, the surgery and what would happen next, alongside thinking about the practical matters of upcoming holidays and events needing to be cancelled. It was a lot to process.

‘I am a brave person, but this news frightened me.’

She had her husband with her at the time, but believes the news could have been delivered ‘in a better way’ – namely, somewhere private with a professional.

Research also shows the mental health of cancer patients is overlooked too, which naturally takes a huge knock when facing such devastating news.

‘Since our last Pathfinder report in 2016, we have worked tirelessly to transform the lives of those living with ovarian cancer, despite the setbacks of the pandemic.

‘We have achieved the first government-funded national symptoms awareness campaign and the first national ovarian cancer audit, and we have seen the introduction of groundbreaking new treatments like PARP inhibitors and wider genomic testing.

‘Progress is possible, but Pathfinder demonstrates that these improvements are not enough. Ovarian cancer is not going away. We can change the course of this disease.’

Common symptoms of ovarian cancer according to the NHS