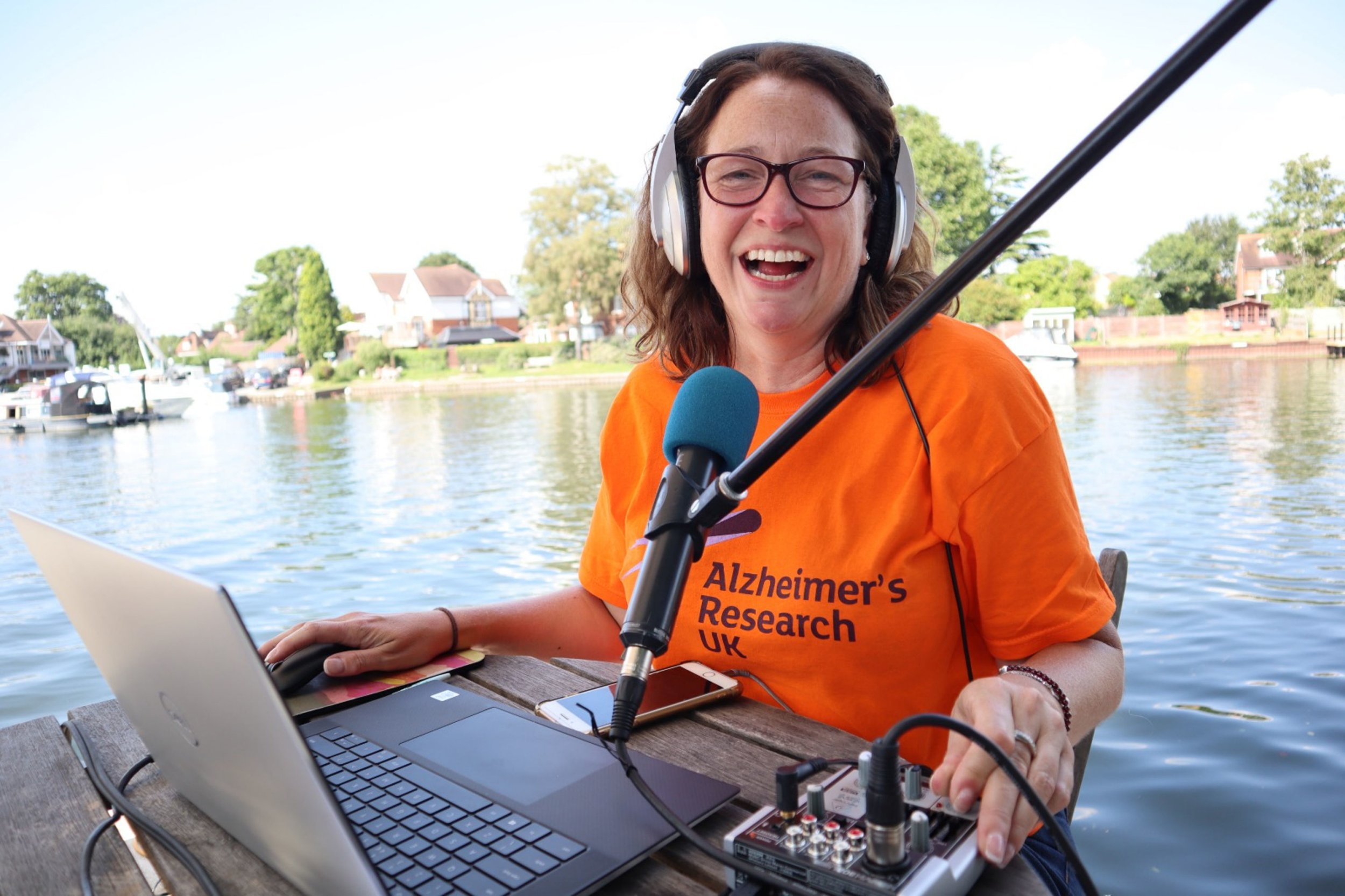 After losing both her parents to dementia, Shelle Luscombe decided to channel the pain of grief into raising donations for a life-saving cause.

The 51-year-old had always planned to make her 50th year ‘one to remember,’ so she came up with the idea to complete 50 challenges to raise funds for Alzheimer’s research – including paddleboarding, a 24-hour silence and more.

By taking on a variety of unique challenges for charity, she was happy to be ‘channelling all of that hurt, emotion and upset into something positive’.

Friends and family were the ones who intially suggested for her to complete different tasks in exchange for a donation.

And she’s already ticked off 34 so far – including recording and releasing an album of original music, giving up smoking, skydiving from 15,000 feet, doing stand-up comedy and driving a barge up the Thames to broadcast a radio show.

‘All these new things I’ve tried to do, like learning paddleboarding, it’s really good for working your brain because you’re trying to keep your balance and you’re learning a new skill,’ Shelle says.

Walking the bed of the Thames during a lock draw-off was ‘pretty cool’, Shelle says – adding that ‘it was just amazing’ to stand underneath the bridges where the water would normally be really high.

Having smashed her £5,000 target already, she’s now eyeing up £10,000 – which she thinks will be a ‘really emotional’ achievement in honour of her mum and dad.

Shelle lost her dad, Ian, to Parkinson’s and dementia at the end of 2017.

Then, only months after she embarked on her mammoth list of challenges, her mum died in February 2022 with Alzheimer’s and vascular dementia.

She says: ‘Someone asked me “what would your mum or dad make of everything that you’re doing?” I think they would think I was completely bonkers.’

‘My mum was quite sociable but quite quiet in lots of ways. And then my dad was very shy. But you know what, it’s given me such a good focus,’ she adds.

‘To actually be channelling all of that hurt, emotion and upset into something positive feels great.’

Dementia is a ‘devestating disease robs people of their dignity, their relationships, and their soul, and there is currently no cure,’ Shelle writes on her fundraising page.

In the UK, it’s estimated there’s only one dementia researcher for every four cancer researchers, yet dementia costs the country £26billion – which is greater than the cost of cancer and heart disease combined.

That’s why Shelle is dedicating these challenges to Alzheimer’s Research – ​​the UK’s leading dementia research charity, which is on a mission to bring about the first life-changing dementia treatment by 2025.

Challenges in the pipeline include learning to play bass on a song and perform with a band, do the Couch to 5K and DJing a half hour set.

Shelle’s got until November to complete them all, and she’s ‘least looking forward to spending the night in a haunted house,’ while ‘completing the Circle Line pub crawl’ is the one that excites her the most.

The challenges are a bit of fun, but there’s also a deeper motivation – as watching her mum start to develop signs of dementia has taught Shelle to grasp life with both hands.

She says: ‘My mum was in her mid-sixties when she started showing signs of it… I mean, that’s scary as hell for me. That’s not very far away.’

She continues: ‘I was like, I need to live my life now. That was another motivation actually, for the challenges, I need to get out there and live, because if the same thing happens to me I’ve only got 15 years of being on it and with it and that’s scary.’

To find out more about the list and to donate, visit Shelle’s fundraising page.