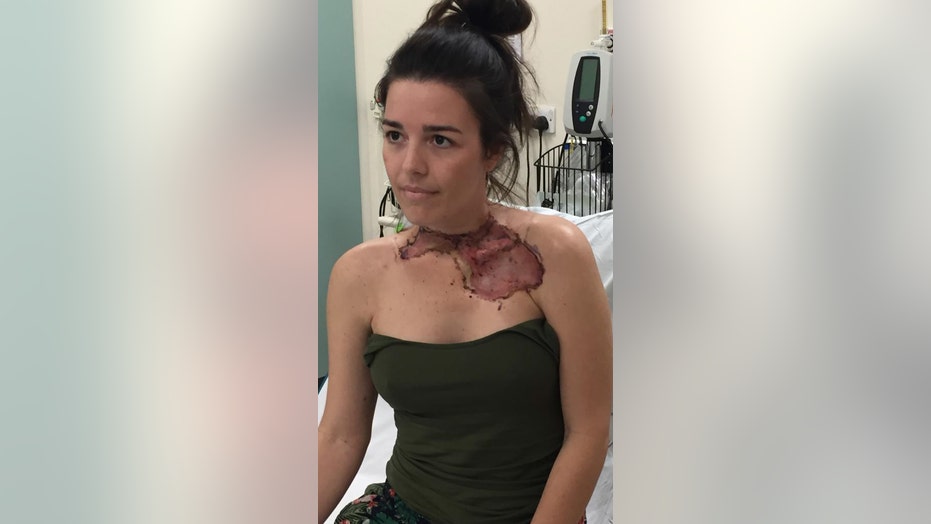 A woman in London barely escaped certain death after an infected abscess in her neck was mistaken for a sore throat and she was sent away with antibiotics. Stacey Raymond, who said she has a permanent divot in her neck from where the infection ate away at her muscle and skin, first sought help in March, The Sun reported.

“I woke up with a slightly sore throat but the pain had increased rapidly so I thought it was probably a bout of tonsillitis,” Raymond, 32, said, according to The Sun. “My wife Michel noticed swelling in my neck, which we thought was swollen glands due to the tonsillitis. I went to my GP and was prescribed a five-day course of antibiotics.” 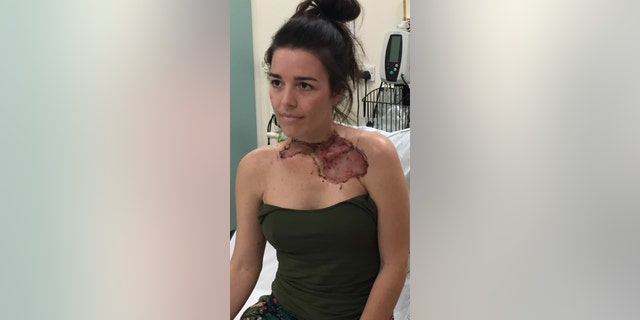 Raymond’s neck and collarbone area were severely affected by the infection, which was allegedly first diagnosed as a mild case of tonsillitis.
(MDW Features)

Raymond claims her doctor said it was a “mild case,” because her tonsils weren’t swollen, but the antibiotics failed to relieve her pain after several days. She said she sought a second opinion before taking herself to the hospital where a CT scan revealed an abscess in her neck that was then drained, according to The Sun.

But by April 1 her condition deteriorated further, and a red mark was forming from her neck to her left arm. She was allegedly diagnosed with parapharyngeal abscess and moved to an intensive care unit.

Abscess swelling can compromise the airway, or erode into the carotid artery and cause septic thrombophlebitis of the internal jugular vein, according to Merck Manual. Most patients deal with fever, sore throat and swelling. 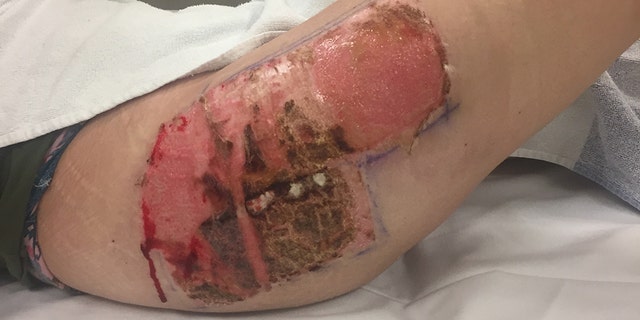 After 32 days of an open wound, they were able to use skin from her thigh to cover the area on her neck.
(MDW Features)

Treatment typically includes surgical drainage accompanied by antibiotics. Raymond said she had both and felt relief for short-lived period of time before pus began leaking out of the area on her neck that doctors had cut to drain the abscess.

She told The Sun that doctors realized the bacterial infection was spreading toward her heart, and informed her family that her “chances of survival were next to nothing” if they were unable to stop it in time.

“That four-hour surgery was the longest wait for my family as they waited to hear if I would survive,” she said, according to The Sun. 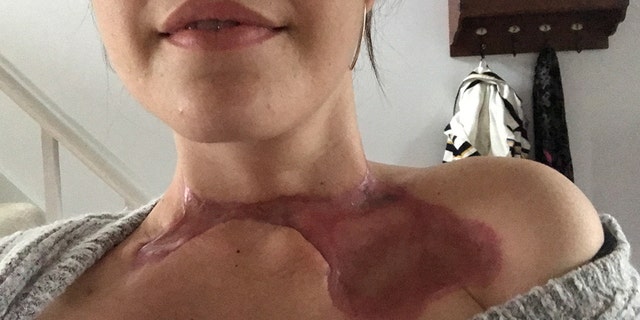 Raymond had to re-learn how to lift her head after the infection ate away at her muscle, tissues and skin.
(MDW Features)

But while the multiple procedures did stop the infection, the damage the bacteria ravaged on her muscle, skin and tissues left the area so weak that she had to learn how to lift her head again. Raymond said that she was unable to have a skin graft until the infection had cleared, which left her wounds open for 32 days, The Sun reported.

Doctors took skin from her thigh to close her wound.