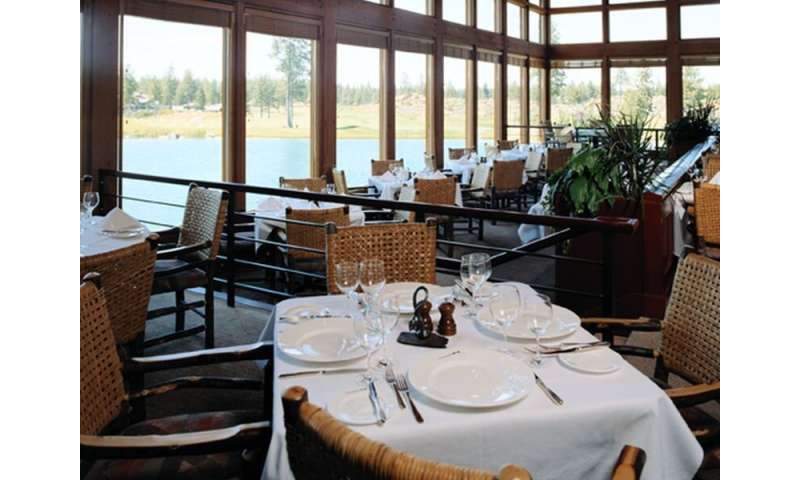 (HealthDay)—Restaurants are under increasing pressure to provide a safe dining environment as winter approaches and the United States enters what could be the worst wave yet of the COVID-19 pandemic.

Some eateries are attempting to extend outdoor dining into the colder winter months, setting up heated tents that might allow patrons to enjoy a meal without fear of contracting the coronavirus. Others are beefing up infection control measures for their indoor spaces, with better air filtration and improved ventilation.

But infectious disease experts are skeptical that dining out can be made safe during a winter COVID-19 surge without either ruining the experience for patrons or undermining the economics for the business owner.

“The fact is that anything that’s done between walls indoors is high-risk, no matter how you slice it, no matter how you tent it,” said Dr. Peter Katona, chair of the Infection Control Working Group at the UCLA Schools of Medicine and Public Health.

But indoor protective measures, which include mask wearing and social distancing between tables, have earned a solid track record keeping patrons safe during the pandemic, said Larry Lynch, the National Restaurant Association’s senior vice president for science and industry.

However, the very nature of dining out makes it a risky proposition from an infection control perspective, said Joseph Allen, director of the Healthy Buildings Program at the Harvard T.H. Chan School of Public Health in Boston.

“Restaurants and bars present the obvious problem that we lose one major and important control, and that is masks,” Allen said. “During the act of eating and drinking, people aren’t wearing their masks, so we lose source control.”

Restaurants have been under severe economic strain since the start of the pandemic.

The food service industry is on track to lose $240 billion in revenue this year, according to the National Restaurant Association, and staffing remains more than 2 million jobs below pre-pandemic levels. Two out of 5 restaurant operators think they’ll be out of business by February without additional federal stimulus, a September survey found.

Restaurants survived through the summer in part by providing outdoor dining areas, where the risk of infection is much lower.

“You’ve got a concentration of viral particles indoors. Outdoors it tends to dissipate more,” Katona said. “Little air currents take the particles away. UV light probably kills the bug, to some degree.”

Now restaurants are looking at enclosing those outdoor areas in heated tents, which would be a bad move, Allen said.

“That is no different than indoor dining,” Allen said. “In fact it’s worse because it gives the false sense that it’s safe, and it’s probably not even meeting the minimum ventilation rate because it hasn’t been inspected or designed to code.”

“The irony of it is, you’ve just taken the indoor experience and moved it outdoors, and you contained it more and continued to add more risk than keeping it indoors with higher ceilings and better circulation with the HVAC [heating, ventilation and air conditioning] systems,” Lynch said.

An outdoor dining area tented on three sides with one wall left open would “get pretty good air exchange,” Allen said, but “it’s probably a little colder in there.”

The best bet would be to provide individual tents for each outdoor table, so that groups quarantined together could be kept separate from all other diners, Allen said.

“If you have separate pods, then at least then my family might be separated from your family,” Allen said. “But if people are getting together with five or six friends they don’t normally see, that’s a risk.”

Tented outdoor areas also could be made safer through the use of portable air filters, Lynch added.

“We’ve suggested if you’re going down that path you’ve got to have at the very least portable air circulation units,” Lynch continued. “The good news is they are coming out with units now that are relatively inexpensive that include not only the higher-level filters but also UV light built in.”

As far as indoor dining, there are many environmental controls available that could reduce risk of transmission, said Oscar Alleyne, chief of programs and services for the National Association of County and City Health Officials.

Restaurants can increase the rate of ventilation in their buildings and install high-quality air filters that can filter viruses out of HVAC-circulated air, Alleyne said.

They also can invest in supplemental portable air cleaners with HEPA filters, cut down on occupancy, increase space between tables and strictly enforce social distancing, he said.

“If there’s an intense approach on addressing environmental controls, that in and of itself would make things safer,” Alleyne said.

“Upgrading the filters costs a couple extra dollars. A good portable cleaner with a HEPA filter could be a couple hundred dollars,” Allen said. “I’m not talking about million-dollar fixes.”

However, reducing the restaurant’s level of occupancy to acceptable levels will severely challenge its profitability, Allen said.

“If you got to the level of de-densification that would be necessary to lower risk, I don’t know if that is economically viable for a restaurant,” Allen said.

Restaurants have been making financial changes to deal with lower capacity, Lynch said. They’ve tightened their menus to reduce food waste, and have held off bringing back staff laid off during the first lockdown.

For example, the National Restaurant Association is working with a leading HVAC association about ways to further improve ventilation and air filtration in buildings, Lynch said. One idea being explored is retrofitting virus-killing UV light filters into a building’s existing HVAC system, so that air is further sanitized as it is circulated.

But even if all of these measures are successfully undertaken, the human element remains a significant impediment to safety, Allen said.

“The risk levels are many in a restaurant,” Allen said. “It’s not just that people aren’t wearing masks at their tables. It’s volume and loud talking, which increases emission rates. It’s alcohol consumption, which lowers inhibition. It’s mixing of multiple groups at tables, if you go out with friends you’re not normally quarantined with.

“It’s not as simple as saying just ventilation or just masking. It’s all of these, and that’s what makes it such a challenge,” Allen concluded.