While doctors may bemoan their employer’s rules or feel they lack input into key decisions, most say the pros outweigh the cons. In fact, employed physicians say they like having a steady salary and the resources to focus on caring for patients. 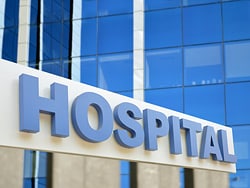 In addition, more physicians may come to the same conclusion and choose employment over private practice in the years ahead. Three employed physicians talked to Medscape about why they made that choice.

To Focus on Patient Care, Not Business

As an employee, he can focus on caring for patients — what he loves best about his job. “I’d rather not deal with day-to-day business issues such as staffing and billing and buying EHR systems or malpractice insurance,” he said.

When the group practice closed its doors to patients during the COVID lockdown, he continued to work for his employer.

“I kept earning a paycheck because my employer moved me to the local hospital to care for COVID patients. Many private practices that closed during the pandemic didn’t have the flexibility to do that or the cashflow to pay their doctors or staff — that’s something I never had to worry about,” he said.

But there are frustrations. “I do not feel that I have meaningful input into what happens at the organizational level. I often feel that company initiatives take precedence over local needs. I think that negatively affects our ability to be nimble at a local level,” said Zakrzewski.

For example, his practice recently wanted to hire a new physician, but the request is mired in bureaucracy.

“Although our physician-leaders agreed that this was good for our practice and the hospital system, the process has taken several months, and as of today, has still not been approved,” he said.

His experience mirrors what employed doctors said they liked the most and least in a recent Medscape Employed Physicians Report. The positives: Having a stable paycheck and not having to run a business; the negatives: Less autonomy and more workplace rules.

“I’m a cardiologist and a father to two amazing children; it’s important to me to take them to school, to spend days off with them, and go on vacations with them,” said Jason Wasfy, MD, a medical director at Massachusetts General Physicians Organization, with 3300 physicians, including 105 cardiologists.

A perk of being in a large practice, says Wasfy, who is in his 40s, is that he doesn’t have to be on call every weekend or handle insurance claims.

“I would imagine that in a solo private practice, that’s much harder to do,” he said. “You also have to worry more about finances. If the business loses money, you have no way to protect your own compensation,” said Wasfy.

Wasfy appears to represent a new wave of physicians who choose employment over private practice partly because of a better work/life balance. In 2018, for the first time, employed physicians outnumbered self-employed physicians, according to a survey by the American Medical Association. By the end of 2021, nearly 3 of 4 (74%) physicians were employed by hospitals, health systems, or corporate entities such as private equity firms or health insurers, according to a report by the Physicians Advocacy Institute.

Doctors employed by large organizations also benefit from the increased consolidation of administrative functions such as billing, says Wasfy. Unlike doctors in private practice who hire someone to process insurance claims, employed doctors use a professional billing office to process their claims, which saves them time and billing hassles, Wasfy tells Medscape.

But with increased consolidation, physicians lose autonomy, Wasfy adds. “The more consolidation you have, the less likely individual physicians have agency in how they take care of patients.”

“I didn’t consider private practice seriously; I just looked at which academic medical center I wanted to be a part of,” said Sarah Kurz, MD, a clinical assistant professor of infectious diseases at the University of Michigan Health, Ann Arbor.

It was important to Kurz to stay in academia after she finished her recent fellowship to teach and conduct research. “The resources we have and the larger intellectual community of colleagues to draw upon and learn from are two big benefits.”

It’s also easier in a large institution to leave at the end of the workday because there’s a call center and a group of nurses triaging patients, she adds.

With a husband and a 19-month-old infant at home, that is incredibly important to Kurz.

If she were to leave academia, it would be to work in public health or for a nongovernmental organization.

Christine Lehmann, MA, is a senior editor and writer for Medscape Business of Medicine based in the D.C. area. She has been published in WebMD News, Psychiatric News, and The Washington Post. Contact Christine at [email protected] or via Twitter @writing_health