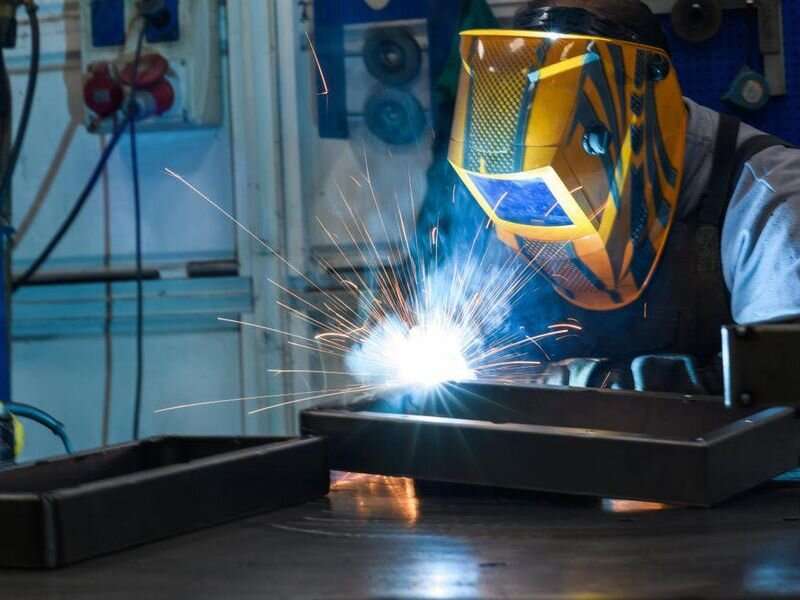 (HealthDay)—A common group of bacteria may be causing deadly pneumonia or anthrax-like disease among metalworkers in the southern United States, health officials report.

The bacteria, called Bacillus cereus (B. cereus), naturally occurs in soil and dust. B. cereus can cause food poisoning and anthrax-like disease, but why it singles out welders and other metalworkers is a mystery, according to researchers from the U.S. Centers for Disease Control and Prevention.

Also a puzzle is why it has only been reported in Gulf Coast states.

“In the past, long-term exposure to welding and metalworking fumes has been associated with various forms of lung injury that can cause changes in lung function and increase susceptibility to lung infections, including fatal pneumonia,” said senior researcher Dr. William Bower, a medical officer in the CDC’s Division of High-Consequence Pathogens and Pathology.

“However, it’s not known why welders and metalworkers have been the only occupations reporting this specific infection,” he said. “More research is needed to better understand how and why this particular occupational group is affected by this rare illness.”

Bower added that it’s probable that more cases of this infection occur than is known.

“It is likely some cases go unreported, but we believe this is still a rare condition,” he said. “Infections with B. cereus are not reportable conditions; these cases were investigated because astute clinicians were concerned by the severity of the illness. Hopefully, this report will lead to more clinicians being aware of this disease.”

According to the report, 2020 saw two cases of anthrax pneumonia in welders caused by a rare B. cereus bacteria that contained anthrax toxin genes usually associated with the bacteria that causes anthrax. One patient died.

In all, since 1994, seven cases of pneumonia infections with B. cereus bacteria with anthrax toxin genes have been seen. Five of these patients died. The other two were severely ill, remained hospitalized for a long time and had a long recovery.

All were welders or metalworkers in Louisiana or Texas.

Bower said that doctors should be on the lookout for this disease when workers, especially welders, develop severe pneumonia.

“Health care providers should consider the possibility of Bacillus cereus infection when trying to determine the cause of severe, rapidly progressive pneumonia in welders and metalworkers, especially if they are working in U.S. Gulf Coast states. These types of bacteria have also rarely been associated with infections resembling anthrax skin lesions,” he said. “Prompt and proper diagnosis could help improve patient care and survival.”

Also, welders and metalworkers should be educated about the disease and try to minimize inhaling harmful fumes, Bower said.

Dr. Marc Siegel is a clinical professor of medicine at NYU Langone Medical Center in New York City. He said this bacteria is generally associated with gastrointestinal infections causing diarrhea. The severe pneumonia-like illness is much less common, he noted.

“This is very rare, but something to be aware of for this group,” Siegel said.