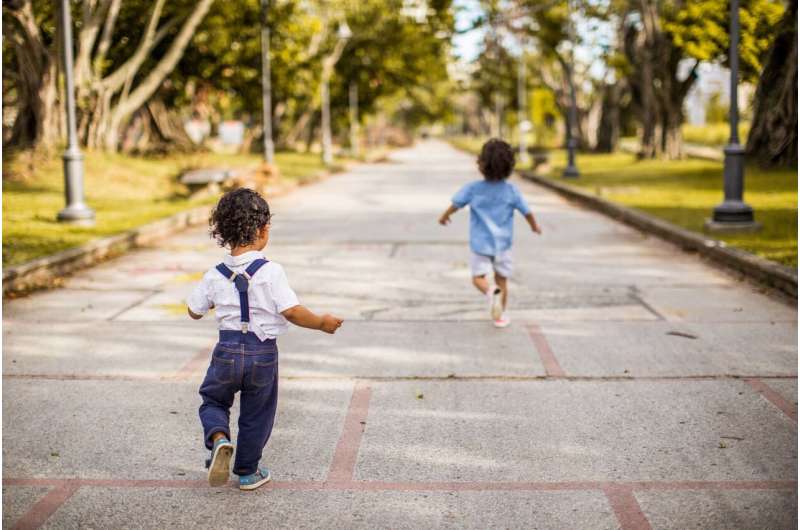 Many parents assume children in center-based child care experience higher levels of daily physical activity, but a first-of-its-kind study out of Western’s Child Health and Physical Activity Lab suggests they’re no more active over all than those who stay at home.

About 80% of Canadian preschoolers attend some kind of child care outside the home for at least 30 hours a week.

“In order to support healthy movement behaviors among little ones, we need to consider how these settings support (or deter) physical activity participation,” Tucker said.

“For the first time in the cycles that we studied, they included questions about child care,” Statler said. “No one had looked at activity levels coupled with child-care venues before, making our study unique.”

They looked at three factors: time spent in moderate to vigorous activity that elevates the heart rate such as playing tag or using play equipment; total physical activity throughout the day; and sedentary time.

“When we think of sedentary time, screen time is often the first thing that comes to mind,” Statler said. “But it’s also time spent coloring, doing a puzzle, reading, which all have a lot of benefits but not in terms of physical activity.”

No difference in activity levels

The study found that physical activity and sedentary time for children enrolled in child care and kindergarten did not differ from that of kids who stayed at home, Tucker said.

There were more nuanced results when physical activity was compared between boys and girls.

The information is useful in considering how to design interventions to increase physical activity levels in preschoolers, Tucker said.

Statler said that regardless of setting, there is an opportunity to promote physical literacy—to teach children early about the benefits of being active, from building muscle and strong bones to improving mood and decreasing the risk of chronic disease later in life.

“It’s important to learn fundamental movement skills early on through hopping, throwing or jumping,” she said. “That will set them up with the confidence to be active for the rest of their lives.”

With the COVID pandemic, it’s important to consider what activities kids have missed out on and give them opportunities to build their physical skills in the next couple of years, she added.

“There are a lot of changes during that time between three and five years old. It would be interesting to see how that influences how kids play. Do they become more interactive with different play equipment as they get older and have improved motor skills? What about the kids that spend three days a week in daycare, and two days at home with a parent?”