Doctors get understandably upset when their clinical privileges or medical licenses are suspended, restricted, revoked, or denied and these actions are reported to the National Practitioner Data Bank (NPDB). 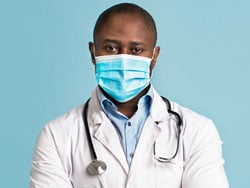 And yet, it sometimes happens that what’s entered into the database is inaccurate or should not have been reported. But unless physicians have taken steps to fight it by identifying a NPDB report that they’d like to dispute or adding their own explanation to it, they may face consequences that could have prevented or at least lessened the impact.

Doctors’ NPDB reports follow them throughout their careers, and potential employers will see them when they query the database.

With such high stakes, attorneys recommend that physicians always dispute the databank reports in the hopes of having them corrected or removed.

“A lot of physicians believe that a NPDB report is a death knell to their practice. But if the issue can be explained or resolved, it doesn’t necessarily disqualify them from future employment,” said Kathy Butler, an attorney at Greensfelder, Hemker & Gale in St. Louis, Missouri.

Although some doctors are successful in disputing their reports, most are not. Only 14% of physician disputes from 2017 to 2021 resulted in corrections and 10% of disputes resulted in reports being removed from the databank, according to data from the NPDB.

Physicians can improve their chances of winning these battles by knowing what the NPDB allows them to dispute, what the databank considers reportable, and the scope of what NPDB is legally authorized to do.

What Can You Dispute?

The NPDB rules limit what can be disputed to factual inaccuracies, such as name or birthdate, and whether the report should have been submitted at all, based on the databank criteria.

The NPDB relies on the healthcare organizations that submit the reports to check that they’re factually accurate and to make any corrections or changes to the reports. Before doctors can request a dispute resolution from the NPDB, they have to contact the hospitals to try to work it out with them. In some cases, the hospital may agree to correct the report or withdraw the report altogether, Butler said.

If they get nowhere with the hospital after 60 days, they can contact the NPDB and request a dispute resolution. If the databank staff determine that a report was submitted in error, they will remove it and all related records from the system. NPDB says it then notifies anyone who has queried the system in the past 3 years of the action they took.

How You Can Win the Dispute

Knowing what NPDB considers a reportable scenario can help physicians determine when to dispute their reports.

The federal rules say that healthcare organizations are required to report professional review actions that adversely affect doctors’ clinical privileges for longer than 30 days. In addition, the action must involve the doctor’s professional conduct or competence that affected or could affect patients’ health and welfare.

NPDB described several scenarios where clinical privileges reports should not have been submitted:

NPDB described another example of a doctor who succeeded in correcting a report. A hospital reported that the physician had surrendered his or her privileges while under investigation, but it turned out that the doctor had only surrendered some privileges. The report was corrected by the hospital, and everyone who received the report in the past 3 years was notified.

Other Actions You Can Take

Physicians can also add statements at any time to the hospital’s report to present their perspective and add further factual information. Those statements can be done without disputing a report and will go out to anyone who queried the doctors in the past 3 years and with every report sent out thereafter, says the NPDB.

The statement can also be used to explain certain situations, such as when multiple reports are triggered by a single incident, says Sarah Coyne, partner at the Quarles & Brady law firm in Madison, Wisconsin.

“Any report sent to the NPDB goes to the state licensing board, and then payers are notified. If the state license is restricted, that triggers a report, and then if the physician holds licenses in multiple states, there’s a domino effect with more reports,” said Coyne.

Even before the hospital submits the report to the NPDB, doctors may be able provide input, Butler said. Doctors may try to resolve the dispute with the hospital by waiving their right to a hearing in exchange for a resignation with input on the narrative of the report.

“In the course of negotiating a settlement, it is not uncommon for the physician to ask for, and be allowed, some input on the narrative,” Butler said. “Each side can weigh in…to make sure it’s factual and not inflammatory.”

What Can Trip Doctors Up in Disputes

Doctors may fail in their disputes if they misunderstand the NPDB criteria or their scope. Here are just some of the scenarios that can trip them up.

Loewenstein mentioned an example in which a surgeon argued that his unprofessional conduct towards nurses only occurred after surgery was over, and that it didn’t or couldn’t affect patient care because no patients were present.

Physicians may incorrectly assume that they can avoid being reported to the NPDB if they resign right away, says Coyne.

“Resigning does nothing for them if they are the subject of an investigation into their professional conduct or incompetence because that’s reportable to the NPDB,” she said.

It doesn’t matter whether a physician restricts or surrenders clinical privileges in return for the hospital not conducting an investigation into their professional competence or professional conduct, the NPDB says.

Coyne advises doctors to wait until the final outcome of the investigation.

Physicians may also have misconceptions about what is within NPDB’s scope. “The NPDB doesn’t care about hospital administrative issues, such as whether it was a fair investigation or when a hearing occurred,” said Coyne.

Attorneys urge doctors to pay attention to any notifications from the NPDB about reports that mention them regardless of what their role was. It’s important that they take the opportunity to provide a statement.

Butler also recommends that physicians explain to potential employers the circumstances led to the report. “It’s better to tell the truth than lie and be terminated without a hearing,” she said.

Before doctors resign or take another job, Butler advises them to be proactive and ask the hospital whether they are the subject of an investigation and/or a professional review action. She adds that hospitals aren’t required to tell doctors they’re being investigated.

Butler recalled one doctor who resigned from a hospital to move out-of-state for family reasons. “The hospital had to report him because they already started looking at him when he resigned. He was upset because he had no idea that he was being investigated and the hospital never reached any conclusions. He filed a statement with the NPDB to explain the circumstances surrounding his departure and that he was unaware of any investigation,” said Butler.

Physicians may want to consider hiring an attorney to help weigh the legal implications of various courses of action. For example, hospitals are not required to allow doctors to have input into the reports they submit to the NPDB. But an attorney could negotiate that on behalf of the doctor who has received (or will receive) an adverse recommendation that entitles the doctor to due process rights, says Butler. The physician would then agree to forgo a hearing and resign from the medical staff, she says.

Coyne reassures doctors that “a NPDB report doesn’t necessarily mean the next institution won’t hire you and grant you privileges. Although doctors commonly think that it’s horrendous to have a [NPDB] report made on them, they shouldn’t lose all hope of credentialing,” she says.

Christine Lehmann, MA, is a senior editor and writer for Medscape Business of Medicine based in the DC area. She has been published in WebMD News, Psychiatric News, and The Washington Post. Contact Christine at [email protected] or via Twitter @writing_health