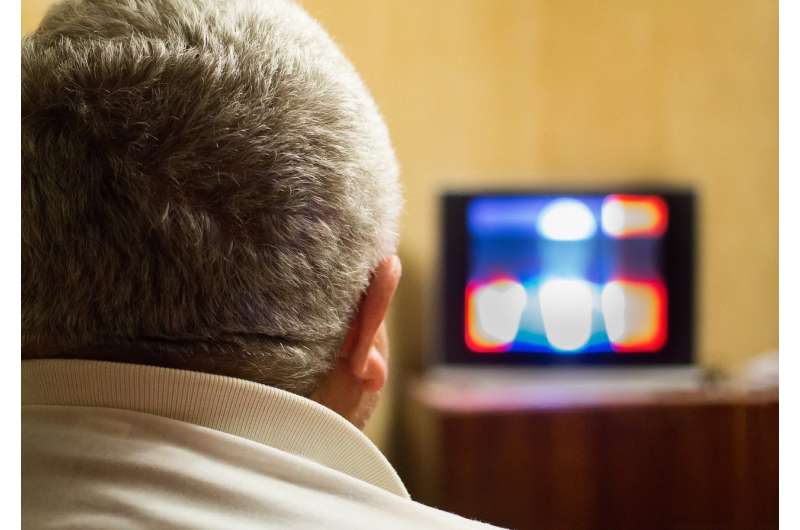 Adults aged 60 and older who sit for long periods watching TV or other such passive, sedentary behaviors may be at increased risk of developing dementia, according to a new study by USC and University of Arizona researchers.

Their study also showed that the risk is lower for those who are active while sitting, such as when they read or use computers.

The study was published Monday in the journal Proceedings of the National Academy of Sciences. It also revealed that the link between sedentary behavior and dementia risk persisted even among participants who were physically active.

“It isn’t the time spent sitting, per se, but the type of sedentary activity performed during leisure time that impacts dementia risk,” said study author David Raichlen, professor of biological sciences and anthropology at the USC Dornsife College of Letters, Arts and Sciences.

“We know from past studies that watching TV involves low levels of muscle activity and energy use compared with using a computer or reading,” he said. “And while research has shown that uninterrupted sitting for long periods is linked with reduced blood flow in the brain, the relatively greater intellectual stimulation that occurs during computer use may counteract the negative effects of sitting.”

Researchers used self-reported data from the U.K. Biobank, a large-scale biomedical database of more than 500,000 participants across the United Kingdom, to investigate possible correlations between sedentary leisure activity and dementia in older adults.

More than 145,000 participants aged 60 and older—none of whom had a diagnosis of dementia at the start of the project—used touchscreen questionnaires to self-report information about their levels of sedentary behavior during the 2006-2010 baseline examination period.

After an average of nearly 12 years of follow-up, the researchers used hospital in-patient records to determine dementia diagnosis. They found 3,507 positive cases.

The impact of physical activity, mental activity on dementia risk

“Although we know that physical activity is good for our brain health, many of us think that if we are just more physically active during the day, we can counter the negative effects of time spent sitting,” said study author Gene Alexander, professor of psychology at the Evelyn F. McKnight Brain Institute at the University of Arizona.

“Our findings suggest that the brain impacts of sitting during our leisure activities are really separate from how physically active we are,” said Alexander, “and that being more mentally active, like when using computers, may be a key way to help counter the increased risk of dementia related to more passive sedentary behaviors, like watching TV.”

Knowing how sedentary activities impact human health could lead to some improvements.