Vitamin B12 is needed by the body to make red blood cells, according to the NHS. It’s also used to make DNA, as well as to keep the nervous system healthy, it added. You could have a vitamin B12 deficiency if you’re always feeling very tired, or if you’re constantly having headaches. But you could also be at risk of the condition if you notice white spots developing on your skin, it’s been revealed.

If you have any unusual undiagnosed symptoms, perhaps you should consider whether you have a vitamin B12 deficiency

Developing white spots on your skin – especially on the upper arm – could be caused by a vitamin B12 deficiency, according to charity Patient Thyroid Advocacy.

These spots may be caused by an absence of melatonin, which has been linked to the condition, it said.

Left untreated, the spots may become dry and flaky, and could become quite painful.

“If you have any unusual undiagnosed symptoms, perhaps you should consider whether you have a vitamin B12 deficiency,” said the charity.

“Borderline B12 deficiency can sometimes cause symptoms so dramatic that B12 deficiency may be rejected as a possible cause, because it may be thought that such symptoms wouldn’t be caused by a mere borderline deficiency.

“The symptoms often come on so slowly that a B12-deficient individual may become accustomed to them and not complain until the symptoms become severe. 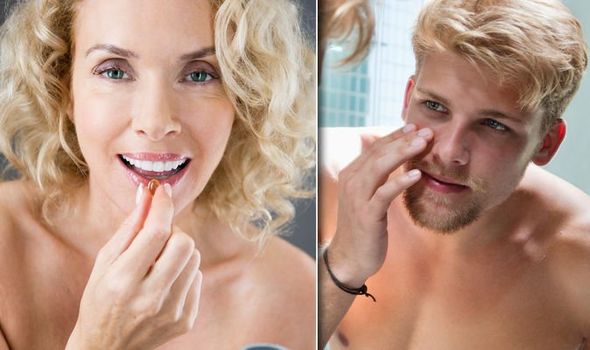 “White spots in the skin, resulting from melatonin becoming absent in the area. These often occur on the outside of the forearm, but may occur in other places.

“The longer these spots are there, the whiter they get. As time goes by, the spots become very dry and flaky to the extent that small raw spots of skin may be exposed.”

If you do develop white spots on your skin, they could be sunspots. These spots can be up to 3mm in size, and tend to develop on the legs, arms and face.

They don’t tend to come with any other symptoms, and could be caused by a lack of the skin pigment melanin.

Sunspots seem to run in families, and are more likely to develop in people older than 40 years old. 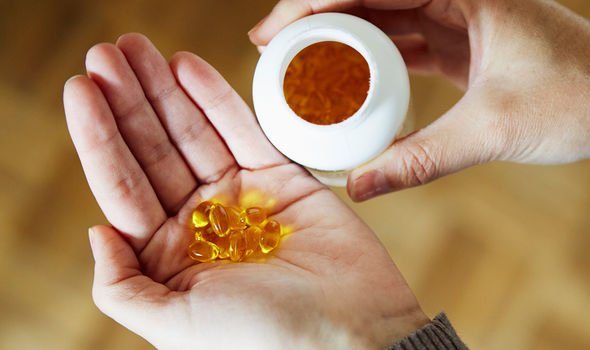 Other, more common warning signs of a vitamin B12 deficiency include tiredness, feeling dizzy, and irritability.

You should speak to a doctor if you’re worried about vitamin B12 deficiency symptoms.

But you can top up on the vitamin by eating certain foods. The best sources of vitamin B12 include beef, liver, dairy foods, eggs, and salmon.

A vitamin B12 deficiency could be caused by pernicious anaemia – a condition that’s caused by the body’s immune system attacking healthy stomach cells.

Diagnosing the condition early is crucial, as it can lead to heart conditions and temporary infertility on rare occasions.