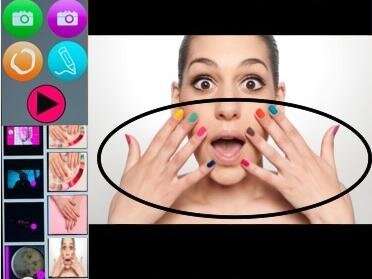 Adolescents with autism spectrum disorder (ASD) often experience challenges in social interactions with their peers, and these challenges are intensified for those who also have limited speech. Researchers in Penn State’s College of Education have found that augmentative and alternative communication (AAC) that makes use of video technology can assist communication for adolescents with ASD by providing relevant vocabulary, concrete discussion topics and built-in prompts to communicate.

“Research shows us that students with autism and complex communication needs may be physically included in a classroom or sitting near their peers, but there’s very little interaction taking place with their classmates,” said Salena Babb, assistant teaching professor of education (special education). “Adolescents with ASD, their parents, their classmates, and their teachers, all want to see more communication taking place. We clearly knew this was a big area of need.”

Babb, who received a doctorate in special education from Penn State, is the lead author of a new article, “Two friends spending time together: The impact of video visual scene displays on peer social interaction for adolescents with autism spectrum disorder” for the journal Language, Speech, and Hearing Services in Schools. The paper is based on Babb’s dissertation research. Her co-authors are David McNaughton, professor of education (special education); Janice Light, The Hintz Family Endowed Chair in Children’s Communicative Competence in Penn State’s College of Health and Human Development (HHD); and Jessica Caron, Mark T. Greenberg Early Career Professor in HHD.

According to the researchers, adolescents with ASD experience challenges with three key social interaction skills: sharing information about a past or future event; using relevant vocabulary at appropriate times; and taking appropriate conversational turns within interactions. Difficulties with any one of these skills can negatively impact interactions with peers.

“Individuals with autism are five times more likely (than individuals without ASD) to describe themselves as often or always feeling lonely,” McNaughton said. “That is heartbreaking. We need to find new ways to support communication and interaction.”

In their paper, the authors state that “the challenges of social interaction are further intensified for those adolescents with ASD who also have complex communication needs.” They cite research showing that approximately 30 percent of children with ASD do not develop speech (or demonstrate only limited speech) by age 9, and many of those individuals continue to experience severe difficulty in using speech during adolescence and adulthood.

“As a result, adolescents with ASD experience limited success in communication opportunities in educational, vocational and recreational activities, and frequently report feelings of social isolation and depression,” the researchers wrote.

According to the researchers, AAC can assist communication for adolescents with ASD. To support peer interactions, AAC must meet three key challenges: 1) Provide language and cognitive support to discuss past events as needed; 2) Provide easy access to topic-specific vocabulary; and 3) Support the individual with ASD in recognizing and taking a communication turn within a fast-paced social exchange.

A video visual scene display (video VSD) approach is a new AAC tool that meets those challenges. Using a video VSD approach, a personally relevant video is added to a video VSD app. The video is paused at high-interest moments, creating a photo scene that captures the moment. Hotspots are added by drawing on the image and recording a message related to the scene, creating a VSD. When the video is viewed, it automatically pauses at each VSD, providing an opportunity to communicate.

The VSD technology used in the study was developed by the RERC on AAC, a collaborative center committed to advancing knowledge and producing innovative engineering solutions in augmentative and alternative communication. According to McNaughton, many leading AAC companies have now added a VSD approach to their AAC products.

“Our role with the RERC on AAC is to come up with new ideas, and then share that information with industry. Our goal is that the AAC industry picks up on those new ideas, and includes them in their AAC devices and apps,” he said.

The researchers’ paper builds upon previous research led by Caron on how AAC can help individuals with ASD participate more successfully in communication with others.

“What was really innovative about what Salena did was wanting to get these adolescents with ASD interacting with their peers without disabilities,” McNaughton said. “In the past, it’s frequently been an adult professional trying to teach social skills to the individual with ASD—teenagers need time to be with teenagers!”

“We wanted to find a shared activity,” Babb said. “We didn’t want to just put them in a room together and say, ‘communicate.’ What do I see all the kids at the high school doing? Looking at their phones when they’re hanging out in the hallway! We decided to really provide a context to support peer interaction by using preferred videos.”

To determine what videos to use for the VSD study, the researchers looked at the ASD students’ interests and found common themes in areas including sports, makeup tutorials, cooking and humor. One of the most important services they were seeking to provide, Babb said, was easy access to vocabulary in the moment. “If students are using communication devices, they have lots of pre-programmed words, but it doesn’t mean the words are going to match the video. We wanted for them to be able to have access to the exact words they needed for a particular segment of video, and to be able to add new words in the moment if they needed new vocabulary.”

In the beginning of the study, Babb and colleagues provided a brief training to teach participants how to create and use video VSDs. They measured the frequency of communication turns taken by the participants before and after introducing the video VSD intervention.

During the baseline phase, participants watched videos that did not contain any VSDs with hotspots. During this phase, both the participants with ASD and the peers took very few communicative turns. Then, the participants were provided with a brief training in creating video VSDs.

“Basically, it’s an app that as you’re watching the video, you can pause the video and say, “Put a hotspot here,'” McNaughton said. “You can draw a circle on the screen and record speech within the app. The next time the video is displayed, when they touch that spot, speech is produced.”

The researchers found that during the intervention phase, all of the participants with ASD and all of the peers immediately increased the number of communicative turns they took as they watched videos together. They continued to demonstrate an increase in turns throughout the intervention period.

“It’s just incredibly simple and intuitive to use,” Babb said. “It really became a collaborative process where (the participants and peers) were adding vocabulary and creating communication opportunities together, and then using the hotspots to communicate with each other.”

The use of video VSDs was effective in facilitating communication between adolescents with ASD and their peers for several reasons, Babb and McNaughton said. To begin with, it gave the individuals with ASD a clear and supported context for communication—something that they often struggle with on their own.

“It’s almost like looking at a photo album with a family member,” said McNaughton. “It can be hard for anyone, and especially for an individual with ASD, to describe past events. When you’ve got that kind of visual support, it just makes that communication so much easier when you know you’re both talking about the same thing.”

Babb added that the format of the activity created opportunities for natural conversation, which made both parties more invested in the interaction, rather than simply passively watching the videos.

“After you add the hotspots, the next time (the pair) watched the video, the video would automatically pause wherever a hotspot had been created” she said. “We found that created a nice, naturalistic cue for conversation.”

Regarding areas for future research, McNaughton and Babb said they are interested in implementing the study at a classroom or grade-wide level. And rather than using internet videos, Babb added, they could have the students capture their own videos to which they would add hotspots.

In addition to helping adolescents with ASD interact with their peers, said McNaughton, the video VSD technology can also assist those individuals in communicating with their parents about school-related topics.