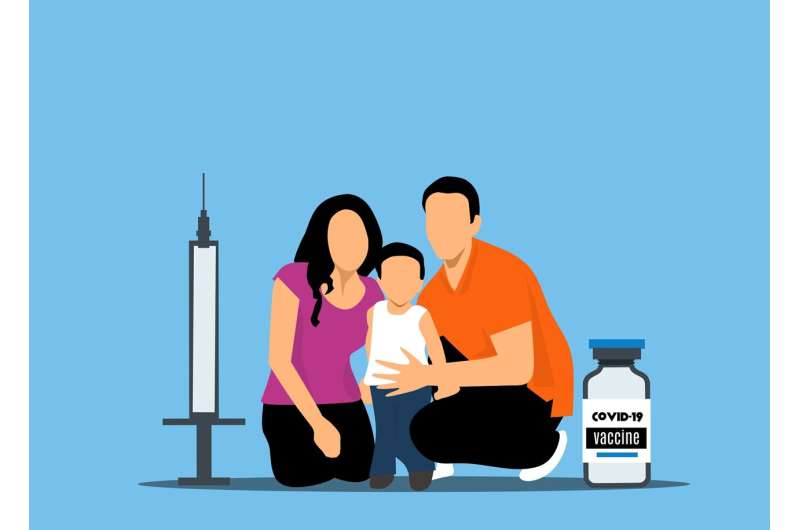 Vaccine hesitancy and opposition to vaccinations were already a much-discussed topic before the pandemic. However, little is known about long-term trends due to a lack of data. Claudia Diehl and Christian Hunkler have now investigated this development. Based on the KiGGS cohort longitudinal study on the health of children, adolescents and young adults in Germany by the Robert Koch Institute (RKI), they analyze the attitudes of parents and corresponding vaccination rates of children born until the beginning of the 2000s and compared them with those of parents whose children were born around the end of the 1980s. Their focus is on childhood vaccinations against measles, mumps and rubella (MMR). Vaccine-hesitant parents are those who—irrespective of their actual vaccination decisions—have reservations about the MMR vaccination, i.e. they worry about side effects or consider the corresponding diseases to be harmless.

The results have now been published in the journal PLOS ONE on 11 February 2022. They show that vaccination rates have increased, and the proportion of vaccine-hesitant parents has decreased across birth cohorts—from around 10 percent of children born at the end of the 1980s to around 6 percent among those born around the year 2000. According to KiGGS data, the group of vaccination skeptics more often includes people with middle and high levels of education as well as people living in large cities, and less often immigrants and East Germans.

However, when taking a closer look at the data, the authors also found an opposite trend, namely among the small and shrinking group of vaccine-hesitant parents. Their children are not vaccinated more frequently across the birth cohorts, but on the contrary, increasingly less frequently. In the corresponding period, the proportion of vaccinated children in this group fell from around 50 to a good 20 percent. “The group of vaccine-hesitant parents has apparently become smaller, but also more determined,” concludes Claudia Diehl, author of the study.

This means that they are more likely to act in line with their vaccine-hesitant views and actually do not have their children vaccinated. Until the end of the 1980s, vaccine-hesitant parents apparently frequently followed the experts’ recommendations and had their children vaccinated despite their reservations, Diehl suspects. This was less often the case with children born later. In fact, skepticism toward “scientifically based” medicine was already growing at that time, as was interest in supposed “experts” from the field of alternative medicine and homeopathy, who are more often skeptical of vaccines, Diehl notes.

“One could assume that the internet, providing easy access to vaccine-critical disinformation, is responsible for this development. But to our surprise, it turned out that the trend described began even before the mass use of the internet. This does not mean that the internet does not play a role in explaining vaccine hesitancy today, however: “The trend we are describing ends in the late 1990s, and it was only around that time that a significant part of the population started to use the internet as a source of information.