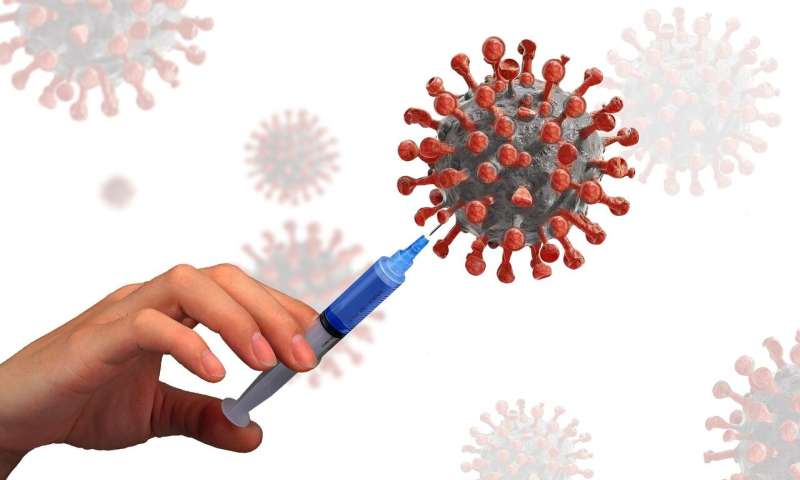 The US Food and Drug Administration on Saturday defended itself from allegations of political pressure over the timing of its Pfizer-BioNTech COVID vaccine approval and provided new information on the risks to people with allergies.

The FDA issued an emergency use authorization for the two-dose regimen late on Friday night following reports President Donald Trump had threatened to fire the head of the agency if he didn’t act that day.

Commissioner Stephen Hahn denied this had occurred, telling reporters: “The representations in the press that I was threatened to be fired if we didn’t get it done by a certain date is inaccurate.”

He added that the decision, which had been expected a few days later, was “based on the strongest scientific integrity.”

The agency also released new information for health care providers and for patients as the US shipped millions of doses of the vaccine across the country.

The United States has the highest pandemic death toll of any in the world, with fatalities now approaching 300,000 and nearly 16 million cases of infection.

Over the past two weeks the US has exceeded 2,000 COVID-related deaths per day several times, rivalling tolls it saw in the early days of the pandemic.

Following reports in Britain that two people who received the shot had a severe allergic reaction, it was expected that the FDA would rule that anyone with a history of severe allergies should avoid the vaccine.

No ruling on pregnant women

This might have excluded the almost four million Americans who carry EpiPen (epinephrines).

But the FDA is now warning people who have a history of severe allergic reaction to ingredients in the vaccine, which are included on a patient fact sheet, not to take it.

If they receive the first dose and have a severe allergic reaction, they are advised to not take the second dose.

The FDA has made no definitive ruling regarding whether pregnant women or the immunocompromised should be given the shots, instead punting that call to people to make for themselves in consultation with their doctors.

“There were not enough pregnant women in the trials, or women who became pregnant in the trials to actually know, and make any statement about that,” said FDA scientist Peter Marks.

“It will be something that providers will need to consider on an individual basis for patients.”

Marks also voiced support for Pfizer’s plan to allow people involved in the clinical trial to find out whether they had received the vaccine or placebo.

Under this proposal, if they received the placebo, they can request the vaccine when their demographic group’s turn comes up.

Some scientists have opposed this plan because if trial participants become “unblinded” and find out what they got, they may change their behavior and this would corrupt the trial’s data.