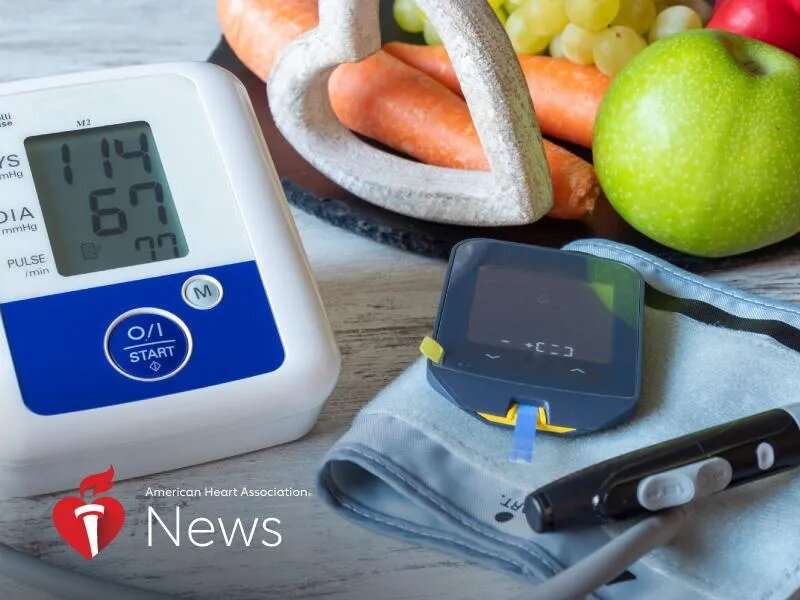 Many people with heart failure also have diabetes or high blood pressure. But new research suggests those conditions, even when treated, aren’t well controlled, placing people at risk for worsening heart problems.

“We know that controlling hypertension and diabetes is critical for people with heart failure,” said Dr. Madeline Sterling, a primary care physician at Weill Cornell Medicine in New York City. “But few studies have been able to ascertain how well those risk factors have been controlled. This study really takes a big step forward in doing that.”

Heart failure occurs when the heart can’t pump as well as it should and fails to deliver enough oxygen to the body, making it harder for people to perform everyday tasks. Hypertension, another name for high blood pressure, and diabetes are major risk factors for heart failure, which affects more than 6 million people in the U.S., especially those who have other heart problems or who have had heart attacks.

In the new study, researchers analyzed 18 years of data from the National Health and Nutrition Examination Survey, a series of federal studies assessing the prevalence of major diseases and their risk factors among U.S. adults.

While just 8% of 1,423 people diagnosed with heart failure had poor glycemic control, defined in the study as a hemoglobin A1C level of 8% or higher, 21% of those being treated for diabetes failed to meet blood glucose goals. This did not vary by race or ethnicity.

Researchers also found 48% of people with heart failure had uncontrolled hypertension, which the researchers defined as a systolic blood pressure, the top number in a reading, of at least 130. Among people prescribed blood pressure-lowering medication, poor control was even higher, at 51%. Black adults had higher uncontrolled rates than their white peers, at 53% compared to 47%.

“This speaks to a larger problem, which is a systemic failing to control the leading risk factors that account for the greatest number of non-communicable deaths worldwide,” said Khan, an assistant professor of medicine at Northwestern University Feinberg School of Medicine in Chicago.

“The reasons for these disparities are manifold,” said Dr. Leah Rethy, a resident physician at the University of Pennsylvania Perelman School of Medicine and lead author of the study. They include the history of structural racism in the U.S., which is largely responsible for disparities in access to health care, proximity to green spaces where people can safely meet exercise goals and “all sorts of things that influence somebody’s life course up until the time they get heart failure,” she said.

While the vast majority of people in the study had insurance, they also reported incomes below the poverty line, which could affect their access to quality care or the ability to pay for medications, said Sterling, who was not involved in the research. The study also did not track whether people being treated for high blood pressure and diabetes were actually taking the medications prescribed to them.

The study documented only the prevalence of uncontrolled blood pressure and poor glycemic control, not why those risk factors were uncontrolled, Rethy said.

“We think there’s probably a number of reasons that include a lack of understanding or focus from providers about the importance of blood pressure control, but also perhaps a lack of accessibility to consistent and affordable primary and specialty care for adults with heart failure,” she said, “particularly those under age 65 who don’t qualify for Medicare.”

Sterling added that “it’s actually quite hard to control these risk factors. It’s not just a matter of giving people medications. This study is shedding light on this.”

Many people who have heart failure are older, frail and may have cognitive issues, so it may be difficult for them to perform the extensive self-monitoring needed to manage their health, she said. “A lot is put on patients to manage this at home, and it’s a challenge.”

But that doesn’t mean it’s an insurmountable one, Rethy said. The key is finding ways to help health care professionals and patients put into practice what researchers know about how to get blood pressure and blood glucose levels under control.