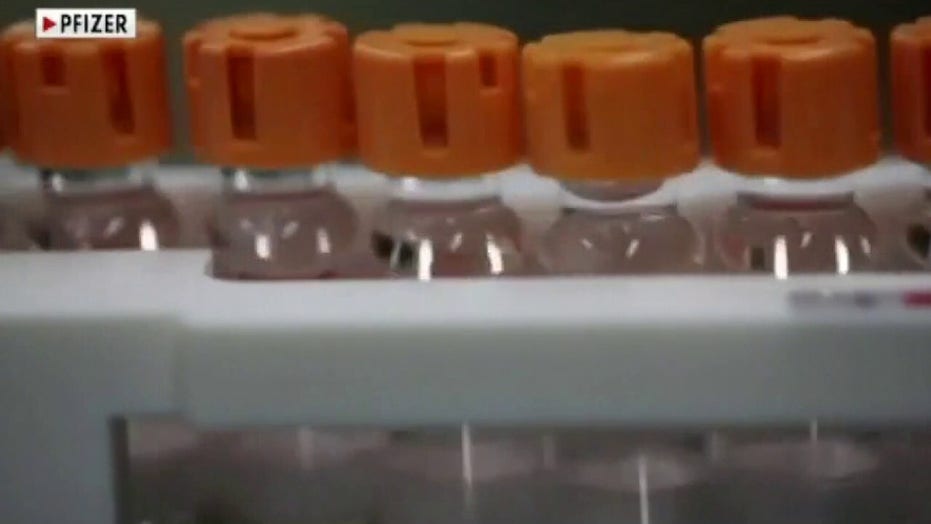 The mutated coronavirus strain circulating in the U.K., which has sparked panic and caught global attention as over 40 countries issue travel bans, has likely already crossed U.S. borders, officials say.

"I think this is already in the U.S. I don’t think a travel ban at this point is going to prevent this mutated strain from coming into the United States," Gottlieb told CNBC’s Shepard Smith. Hours earlier, Gottlieb said evolving coronavirus strains will likely require updated vaccines every three years or so. As of Tuesday morning, the U.S. had not implemented a travel ban against the U.K.

Meanwhile, New York Gov. Andrew Cuomo said he believes the new variant has already arrived in the U.S. and announced Monday that he asked three major airlines to add New York state to the list of 120 countries requiring passengers traveling from the U.K. to get a negative COVID-19 test result before boarding flights. Virgin Atlantic, British Airways and Delta have all since agreed and will require a negative test before boarding flights to New York.

Dr. Anthony Fauci, the nation’s leading infectious disease expert, also warned that the mutated strain is likely already in the U.S., per multiple reports. Fauci told ABC's "Good Morning America" co-hosts Tuesday that it's "certainly possible" the strain already made its way into the U.S.

An epidemiologist in the U.K., Neil Ferguson with University College London, said early data suggests the mutated strain has a "higher propensity to infect children," per a report.

"We haven't established any sort of causality on that, but we can see it in the data," Ferguson said, per the Daily Mail. "We will need to gather more data to see how it behaves going forward."

U.K. Prime Minister Boris Johnson has warned the mutated strain could be 70% more transmissible, though other top officials, like Dr. Moncef Slaoui, chief medical adviser for Operation Warp Speed, said just the opposite on Monday.

"I think, scientifically, to date there is no hard evidence that this virus is actually more transmissible," Slaoui said, later adding, "the key point is that there’s no evidence this virus is more pathogenic, creates more problems, more morbidity or mortality than the previous virus."

Slaoui told reporters on a call Monday it will take several weeks of ongoing laboratory work to isolate and cultivate the virus to reach a definite conclusion. Slaoui joins others in saying that ongoing sequencing in the U.K. likely picked up the new strain, though he had said it's unclear whether the variant present in the U.K. population was due to a more transmissible strain or is now more easily identified because of ongoing sequencing.

In addition, Jeremy Luban, a virologist at the University of Massachusetts Medical School, told the Washington Post that the mutated virus strain in the U.K. is likely in the U.S. if it didn't first make it's start in the states.

GET THE FOX NEWS APP

"It may very well be here. It may have even started here. The sequencing in the U.S. is so sporadic," Luban told the newspaper.

Another top virologist supported the idea.

"It makes sense that it was detected first in the U.K. because they have probably the world's best surveillence program. It would not shock me at all to find out that it also is circulating in the U.S.," Angela Rasmussen, a virologist at the Georgetown Center for Global Health Science and Secruity, told the outlet. Nevertheless, health experts maintain that the COVID-19 vaccines from Pfizer-BioNTech and Moderna should still be effective against the mutated strain.