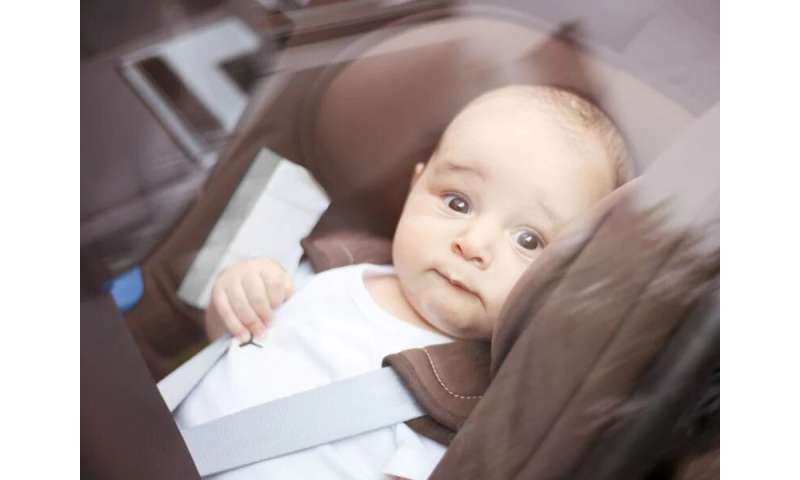 (HealthDay)—It’s happened again: A seemingly loving parent forgets a small child—in this case two children—in the back seat of a car on a hot day, with tragic results.

Juan Rodriguez, 39, who lives in Rockland County, N.Y., is out on bail after being charged with manslaughter in the deaths of his 1-year-old twins, Luna and Phoenix.

As reported by The New York Times, Rodriguez is wracked with grief and is in a “state of disbelief” at what occurred on the morning of Friday, July 26.

According to Rodriguez, as he left his car for work that morning, he was sure that he had dropped the twins off at their usual day care facility on the way. He had not.

He only discovered his tragic error after his work shift ended at 4 p.m., the Times said, when he had already started driving home and found the twins dead in their rear-facing car seats.

In a statement, Rodriguez’ wife, Marissa, called the event “my absolute worst nightmare,” but added that her husband “is a good person and great father and I know he would’ve never done anything to hurt our children intentionally.”

In fact, incidents such as this occur every year across the United States, with the vast majority of cases due simply to memory lapses by loving caregivers. According to the Times, about 440 U.S. children have died of heatstroke after being forgotten in cars since 1998.

In many cases, such as occurred with Rodriguez, parents may even create a “false memory” of having dropped a child off beforehand, based on a kind of “autopilot” habit of neurology.

“It fits the same patterns that we have seen in a lot of these forgotten-child cases,” Jan Null, a meteorologist who founded noheatstrokeorg.org to help prevent these types of tragedies, told the Times. “It was a good parent, who for some reason, went on to work, and didn’t remember he hadn’t dropped off his children.”

The results of these memory lapses can quickly turn fatal, however.

Children are at even higher risk of overheating—hyperthermia—than adults, Glatter added.

Kids have a “reduced ability to thermoregulate their body temperatures,” compared to adults, he explained. “Part of this is explained by their higher ratio of surface area to body mass, which reduces their ability to cool their bodies efficiently and effectively.”

All of this means that “creating and maintaining a keen awareness that your child is present in your vehicle is of paramount importance every time you enter and exit,” Glatter said.

And while public awareness campaigns around the issue have been in place for two decades, ” the number of children dying in hot cars has gotten worse, not better,” the advocacy group KidsandCars.org said in a statement issued Monday.

The group contends that “children will continue to die in hot cars until technological solutions that can sense the presence of a child are standard in all vehicles.”

According to Glatter, technologies are out there to help remind drivers that a child is in the car.

“Many phone apps exist [to help], as well as specially designed car seats that are equipped with sensors that will trigger an alarm after a specified duration of time after you walk away from your vehicle,” Glatter said.

“The majority of car seat alarms sync with either a smartphone or keychain fob and have the ability to sound an alarm or even send an alert message when a driver walks too far away from the vehicle without the child,” he said. “The car seat alarm also has the ability to begin calling emergency contacts if there’s no reply.”

“One organization, Kars4Kids, has a useful app that connects to your car’s Bluetooth so that when you and your phone leave the car, an alarm goes off,” Glatter added. “It also has the ability to display a picture of your child to serve as a reminder.”

And simple steps taken as you get into your car can help prevent a tragedy, too.

“Low-tech solutions may also include leaving an important item, such as your phone, purse or briefcase, in the backseat to ensure you check before exiting your vehicle,” Glatter said.

Both Glatter and KidsandCars.org also pointed to legislation up for a vote in Congress.

“Prior legislation—HOT CARS Act of 2017—to equip all new vehicles with specialized sensors and technology met resistance in 2017,” Glatter said. “While the Act did not pass, we must continue to push the agenda to protect all children.”