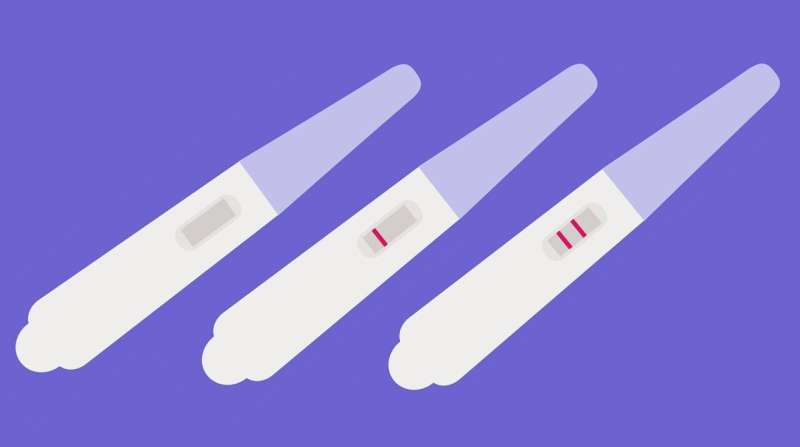 A study conducted by UC San Francisco reveals the long-term adverse effects of unwanted pregnancy on people’s lives, pointing to widespread challenges that will result from the U.S. Supreme Court ruling to overturn the constitutional right to an abortion.

UCSF’s Turnaway Study found that more than 95% of people who chose to have abortions reported that it was the right decision for them, when interviewed over the next five years. There was also no evidence of mental health problems among study participants following an abortion. However, those who were unable to have abortions because they were past the gestational limit suffered from adverse effects such as serious physical and mental health challenges, economic hardship, lack of support and insecurity.

The study also found that those who sought and received an abortion were more financially stable, set more ambitious life goals, raised children under more stable conditions, and were more likely to have a wanted child later.

“This study has been really important,” said Diana Greene Foster, Ph.D., a professor in the Department of Obstetrics, Gynecology & Reproductive Sciences who led the study. “It provided the evidence that was missing on the consequences of abortion access for people’s health and well-being.”

Foster, a demographer and the director of research at UCSF’s Advancing New Standards in Reproductive Health (ANSIRH) program, added that despite more than 50 scientific papers published because of the study, her own award-winning book on the study, and the study forming the basis of legal briefs at the Supreme Court and elsewhere, the national conversation remains stuck on ideological and political considerations.

“The debate about abortion rarely focuses on what happens to the pregnant person,” she said. “It’s framed as an abstract moral question in which everyone else weighs in without considering why someone would be in the circumstances where they want an abortion—and what happens to them and their lives when they can’t get one.”

In the Turnaway Study, researchers followed 1,000 women from 30 centers around the country for five years—some a few days under a clinic’s gestational limit, and therefore able to receive an abortion, and some who were a few days over the limit and therefore were denied from getting an abortion.

The study also found negative effects on the children born from unwanted pregnancies, including poorer maternal bonding and economic insecurity. These parents were also more likely to raise the child alone, without the support of family members or partners, and were more likely to stay in contact with an abusive partner.

Foster said her goal in conducting the Turnaway Study was to provide much-needed data on the consequences of abortion for people’s well-being. She notes that her earlier research on contraception, which led to birth control being more widely adopted, has undoubtedly helped prevent many abortions.

“My agenda going in was to figure out whether abortion causes mental health harm and the ways in which getting it or not getting it would affect people’s well-being,” Foster said.

Yet, she noted, “after the Turnaway Study, it’s hard to be neutral on the topic of a person’s right to choose abortion, because it’s so clearly associated with better outcomes for families and for children.”

UCSF’s Turnaway Study tracked 1,000 people seeking abortions to compare what happened if they were able to receive one versus when they were turned away. These are the findings:

When the Supreme Court’s draft opinion on Roe leaked in May—opening the possibility that abortion could become effectively illegal in 26 states—Foster felt a renewed sense of urgency for her next study, which will document the consequences of the end of Roe for people in states that ban abortion. A team of researchers at ANSIRH are launching that study now.

“We’re going to recruit the people who had appointments that are being canceled and the people who were the last ones served in their state. We’ll follow them through self-guided interviews every two months for two years,” Foster said.

Foster noted that this forthcoming study will ask markedly different questions from the Turnaway Study. “This is about who’s able to get safe abortions, even when it’s illegal. How much help do people need? Despite getting help, who still falls through the cracks? Who does things that are dangerous? Where do people get reliable information? And who are the populations that are most hard-hit?”

As the impact from the reversal of Roe v. Wade plays out across the nation, Foster and her colleagues will be paying particular attention to what happens to the most vulnerable, including minors and people with low incomes, disabilities, and other health conditions—in other words, those least able to circumvent their state’s laws. Whether the end of Roe exacerbates inequalities depends on whether these individuals can access safe abortion medications or travel to the 16 states and Washington, D.C., that have state constitutional or statutory protections for the right to get an abortion.

UCSF has long championed reproductive health care, including a person’s right to choose abortion, even before Roe v. Wade became law in 1973. Leaders continue to present evidence about the need and benefits of access to safe abortion services to those who seek them. UCSF is also preparing to help people get the reproductive health care they need in a post-Roe America.

For his leadership in reproductive health care, Daniel Grossman, M.D., a UCSF professor of Obstetrics, Gynecology, and Reproductive Sciences and director of the Advancing New Standards in Reproductive Health (ANSIRH) program, was named the faculty recipient of the 2022 Chancellor’s Award for Public Service.

“The research that we’re doing will end up changing practice, changing policy and making a difference for people,” Grossman said. “I see the access to safe abortion care is certainly an issue of public health. And this is also an issue of basic human rights.”

In a message to the UCSF community about the Supreme Court decision, Chancellor Sam Hawgood, MBBS, said the ruling “stands in stark contrast to our belief that every person has a fundamental right to make their own informed decisions about their health care.”