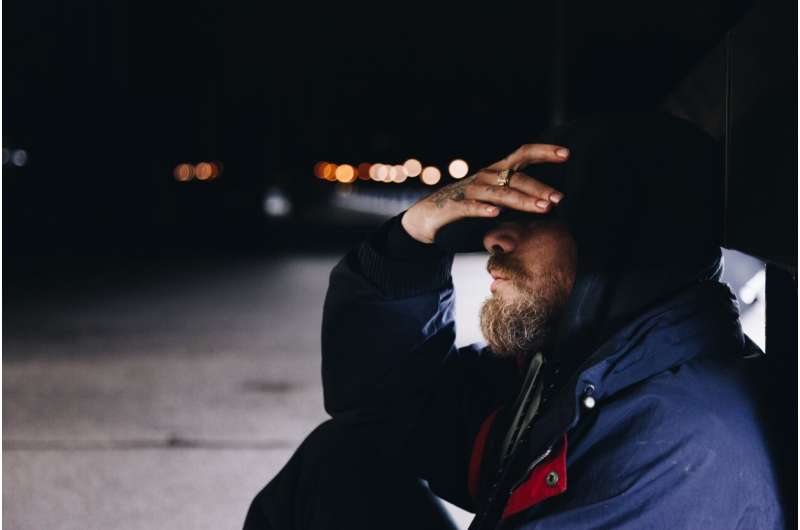 The study, which appears in the Oct. 4, 2021, issue of Nature Medicine, represents a landmark success in the years-long effort to apply advances in neuroscience to the treatment of psychiatric disorders.

“This study points the way to a new paradigm that is desperately needed in psychiatry,” said Andrew Krystal, Ph.D., professor of psychiatry and member of the UCSF Weill Institute for Neurosciences. “We’ve developed a precision-medicine approach that has successfully managed our patient’s treatment-resistant depression by identifying and modulating the circuit in her brain that’s uniquely associated with her symptoms.”

Previous clinical trials have shown limited success for treating depression with traditional deep brain stimulation (DBS), in part because most devices can only deliver constant electrical stimulation, usually only in one area of the brain. A major challenge for the field is that depression may involve different brain areas in different people.

What made this proof-of-principle trial successful was the discovery of a neural biomarker—a specific pattern of brain activity that indicates the onset of symptoms—and the team’s ability to customize a new DBS device to respond only when it recognizes that pattern. The device then stimulates a different area of the brain circuit, creating on-demand, immediate therapy that is unique to both the patient’s brain and the neural circuit causing her illness.

This customized approach alleviated the patient’s depression symptoms almost immediately, Krystal said, in contrast to the four- to eight-week delay of standard treatment models and has lasted over the 15 months she has had the implanted device. For patients with long-term, treatment-resistant depression, that result could be transformative.

“I was at the end of the line,” said the patient, who asked to be known by her first name, Sarah. “I was severely depressed. I could not see myself continuing if this was all I’d be able to do, if I could never move beyond this. It was not a life worth living.”

The path to this project at UCSF began with a large, multicenter effort sponsored under President Obama’s BRAIN (Brain Research through Advancing Innovative Neurotechnologies) Initiative in 2014.

Through that initiative, UCSF neurosurgeon Edward Chang, MD, and colleagues conducted studies to understand depression and anxiety in patients undergoing surgical treatment for epilepsy, for whom mood disorders are also common. The research teamdiscovered patterns of electrical brain activity that correlated with mood states and identified new brain regions that could be stimulated to relieve depressed mood.

With results from the previous research as a guide, Chang, Krystal, and first author Katherine Scangos, MD, Ph.D., all members of the Weill Institute, developed a strategy relying on two steps that had never been used in psychiatric research: mapping a patient’s depression circuit and characterizing her neural biomarker.

“This new study puts nearly all the critical findings of our previous research together into one complete treatment aimed at alleviating depression,” said Chang, who is co-senior author with Krystal on the paper and the Joan and Sanford Weill Chair of Neurological Surgery.

The team evaluated the new approach in June 2020 under an FDA investigational device exemption, when Chang implanted a responsive neurostimulation device that he has successfully used in treating epilepsy.

“We were able to deliver this customized treatment to a patient with depression, and it alleviated her symptoms,” said Scangos. “We haven’t been able to do this the kind of personalized therapy previously in psychiatry.”

To personalize the therapy, Chang put one of the device’s electrode leads in the brain area where the team had found the biomarker and the other lead in the region of Sarah’s depression circuit where stimulation best relieved her mood symptoms. The first lead constantly monitored activity; when it detected the biomarker, the device signaled the other lead to deliver a tiny (1mA) dose of electricity for 6 seconds, which caused the neural activity to change.

“The effectiveness of this therapy showed that not only did we identify the correct brain circuit and biomarker, but we were able to replicate it at an entirely different, later phase in the trial using the implanted device,” said Scangos. “This success in itself is an incredible advancement in our knowledge of the brain function that underlies mental illness.”

For Sarah, the past year has offered an opportunity for real progress after years of failed therapies.

“In the early few months, the lessening of the depression was so abrupt, and I wasn’t sure if it would last,” she said. “But it has lasted. And I’ve come to realize that the device really augments the therapy and self-care I’ve learned while being a patient here at UCSF.”

The combination has given her perspective on emotional triggers and irrational thoughts on which she used to obsess. “Now,” she said, “those thoughts still come up, but it’s just… poof… the cycle stops.”

While the approach appears promising, the team cautions that this is just the first patient in the first trial.

“There’s still a lot of work to do,” said Scangos, who has enrolled two other patients in the trial and hopes to add nine more. “We need to look at how these circuits vary across patients and repeat this work multiple times. And we need to see whether an individual’s biomarker or brain circuit changes over time as the treatment continues.”

FDA approval for this treatment is still far down the road, but the study points toward new paths for treating severe depression. Krystal said that understanding the brain circuits underlying depression is likely to guide future non-invasive treatments that can modulate those circuits.

Added Scangos, “The idea that we can treat symptoms in the moment, as they arise, is a whole new way of addressing the most difficult-to-treat cases of depression.”