The legendary Forrest Gump actor will feature on British TV screens tonight at 10pm on Channel 5 during Steven Spielberg’s moving war film Saving Private Ryan. In recent weeks, theories have sparked up about the star’s health after he was seen at a screening in London for the film Elvis looking visibly thinner than he did in the film. One Twitter user wrote: “Wow lovely Tom Hanks looks very very thin! Hope he’s ok.” Further concerns arose when he was seen at a press junket for the film Elvis, in Australia.

Hanks was talking about the new Baz Luhrmann film at the Gold Coast, 50 miles away from Brisbane, Australia. During his talk, the star also appeared to be uncontrollably shaking his arm.

However, the Philadelphia actor has since been seen moving in ways that some believe show anything but ill-health.

Last month, the star was seen exploding at a fan – telling them to “back the f off” after they barged into his wife Rita Wilson. He reportedly used himself as a “shield” Wilson from the person, according to TV body language expert Blanca Cobb.

And more recently, he was seen energetically dancing on The Late Show with Stephen Colbert in New York as part of a TikTok act, suggesting he is far from ill.

READ MORE: Lung cancer: Expert warns of risk factor in your home that many people are ‘unaware of’ 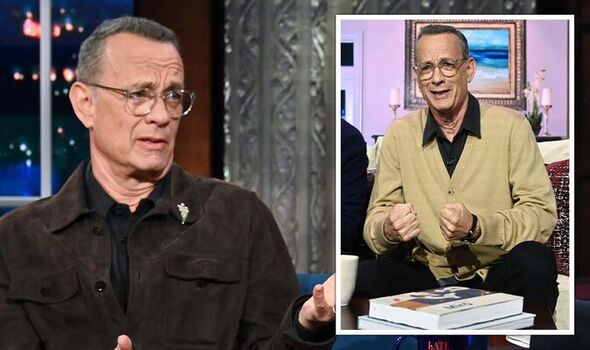 Hanks is yet to explain the cause of his weight loss and the shaking, making it unclear whether it is something to be concerned about.

Over the last decade, Hanks has had a couple of significant health issues – including his Covid-19 diagnosis at the start of the pandemic.

At the time, the star told The Guardian: “I just had crippling body aches, I was very fatigued all the time and I couldn’t concentrate on anything for more than about 12 minutes.”

The star was diagnosed with diabetes back in 2013 – a condition that is known to cause weight loss without a person trying to.

The symptoms of the condition include losing weight without trying to, feeling very tired, and thirsty all the time, as well as blurred vision.

Hanks first opened up about his diabetes diagnosis in 2013 on the Late Show with David Letterman, where he blamed weight gain for the disease.

“I was heavy. You’ve seen me in movies, you know what I looked like,” he continued. “I was a total idiot.

“I thought I could avoid it [type 2 diabetes] by removing the buns from my cheeseburgers. Well, it takes a little bit more than that.” 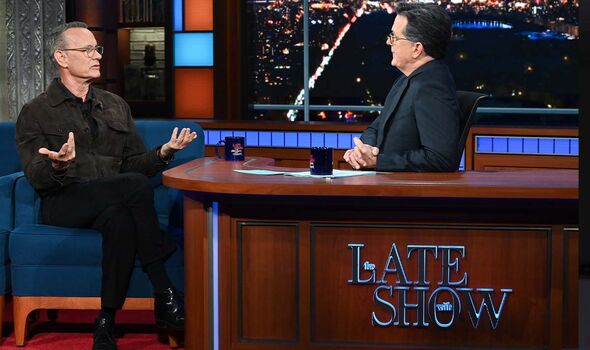 Shortly after his diabetes diagnosis, the star spoke in front of a London Film Festival for Captain Phillips.

Here, the star explained the possible causes of his condition and said he won’t be accepting any other roles that require drastic weight changes.

“The gaining and the losing of weight may have had something to do with it [Type 2 diabetes] because you eat so much bad food and you don’t take any exercise when you’re heavy,” he said.

How can diabetes cause weight loss?

During type 2 diabetes cells in the body become resistant to the hormone insulin, which is responsible for moving sugar out of the blood.

As the Mayo Clinic explains: “Because these cells don’t interact in a normal way with insulin, they don’t take in enough sugar.”

“The pancreas is unable to produce enough insulin to manage blood sugar levels.”

When the body takes in a limited amount of sugar, it starts burning fat and muscle for energy, causing a reduction in overall body weight – explains Diabetes UK.