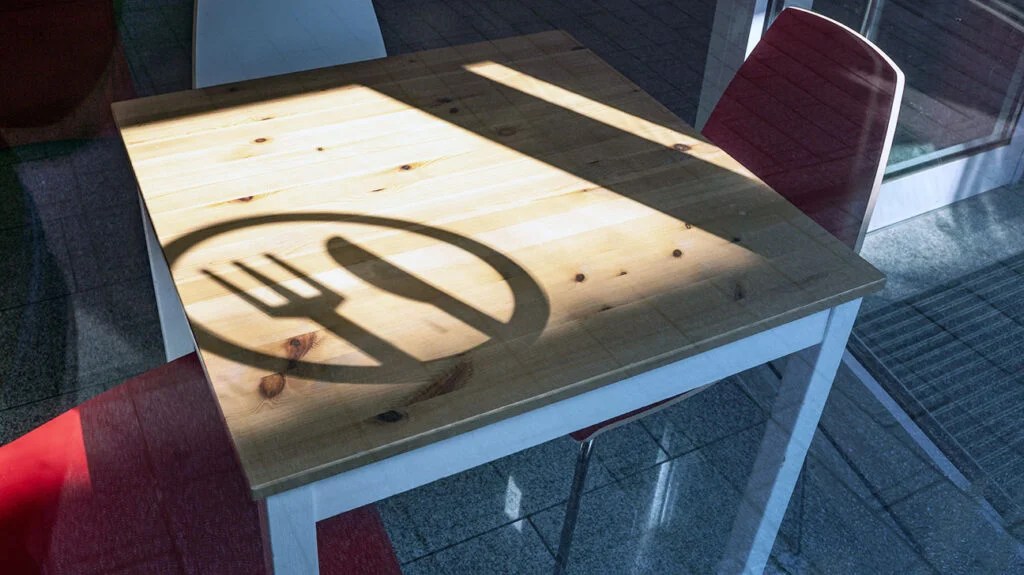 Factors associated with modern life, such as shift work and late-night eating, have led to a misalignment between what time food is consumed and light-dark cycles. This disruption is associated with the overconsumption of food and an increased risk of obesity.

As such, there’s been a surge in interest in time-restricted eating (TRE), an eating pattern that aligns the time of food intake with the body’s circadian rhythms.

A new study using a mouse model published in Scienceexamined the mechanisms of weight gain associated with the timing of food consumption and light-dark cycles.

The study indicates that the process of heat generation from calories or thermogenesis in adipocytes also shows a rhythmic pattern that aligns with the daily light-dark cycle.

Findings suggest that eating late at night may disrupt this rhythm in adipocytes resulting in lower energy expenditure and weight gain.

Satchidananda Panda, Ph.D., a professor at the Salk Institute, not involved in the study, told Medical News Today:

“This exciting paper addresses one central question in time-restricted eating (TRF) [or] feeding (TRE) — why TRF [and] TRE helps reduce fat mass. Although many studies have shown that TRF reduces fat mass, understanding the molecular mechanism helps identify which cells and biochemical pathways are activated under TRF to reduce fat and identify potential genes or proteins that can be potentially targeted by drugs to mimic the benefits of TRF.”

What are circadian rhythms?

Circadian rhythms refer to changes in biological processes at the molecular, physiological, and behavioral levels that follow an approximately 24-hour cycle.

The brain region called the suprachiasmatic nucleus (SCN) serves as the principal circadian clock that regulates these internal rhythms.

The SCN receives light cues from the eyes and synchronizes the internal rhythms with daily light-dark cycles.

In addition to the SCN, almost all cells that are present in tissues and organs in the body contain their own biological clock. As the master clock, the SCN coordinates the activity of peripheral clocks.

How the sleep-wake cycle affects metabolism

The peripheral biological clocks influence the expression of a variety of genes in a cyclical manner, including those involved in metabolic processes, such as glucose and fat metabolism.

Besides light exposure, external cues such as the time of food intake also influence circadian rhythms but exert their effects mostly through the peripheral biological clocks.

In other words, the SCN generates rhythms in food intake and activity levels so that these activities coincide with the active period of the animal.

In animals, the time of food intake and the light-dark cycles are aligned.

Modern lifestyles, including shift work and exposure to blue light, have increasingly led to a misalignment between food intake and the light-dark cycle.

Previous studies have shown that misaligning feeding times with light-dark cycles is associated with obesity.

Researchers have used mice maintained on a high fat diet as a model of obesity due to excessive intake of calories.

However, the mechanisms underlying this association between food intake at the wrong time of the day and metabolic health are not fully understood.

Most experiments were conducted at 30°C when mice spend a minimal amount of energy to maintain a constant body temperature. The researchers found mice that were fed during the inactive period showed lower energy expenditure than the mice fed during the active period.

In their paper, the researchers cited other research that has suggested that a potential reason for the lower expenditure of energy in mice fed during the inactive period could be the dissipation of lower amounts of calories as heat after a meal.

The researchers note that excess calories consumed during the meal can be stored as fat or dissipated as heat in a process known as diet-induced thermogenesis.

Under certain circumstances, however, white adipose tissue can differentiate into beige adipocytes, which can also generate heat from calories.

Hence, the researchers examined whether the lower energy expenditure in mice fed during the inactive period could be explained by differences in levels of thermogenesis in adipocytes or fat cells in the adipose tissue.

In addition, adipocytes from the genetically engineered mice that were cultured in the laboratory showed increased levels of metabolites associated with the futile creatine cycle. The futile creatine cycle is one of the multiple different pathways through which cells burn off excess energy in the form of heat.

During the futile creatine cycle, ATP, the cell’s energy currency, is utilized by creatine to produce phosphocreatine, which is then converted back to creatine. This results in the dissipation of energy stored in ATP as heat.

The results of these experiments suggest that lower levels of thermogenesis in adipocytes may have contributed to the increased weight gain in mice fed during the inactive period. Moreover, lower levels of futile creatine cycling may explain these results.

To further examine the involvement of the creatine cycle, the researchers used a different genetically engineered mouse model that did not express one of the key enzymes involved in the futile creatine cycle in adipocytes.

The lack of the enzyme involved in the creatine cycle in adipocytes resulted in weight gain both during the active and inactive periods.

This suggests that the futile creatine cycle in adipocytes contributes to the lower weight gain observed in mice fed during the active period.

In subsequent experiments, the researchers found that creatine levels and the genes involved in creatine metabolism oscillated over a 24-hour period (i.e., showed rhythmicity in adipocytes).

Given the rhythmicity of creatine cycling, the researchers examined the role of the peripheral adipocyte biological clock in regulating the creatine pathway.

Moreover, the mice that did not express BMAL1 also showed reduced creatine cycling in the adipocytes. In a separate experiment, the researchers found that supplementation with creatinine helped attenuate the effects of the absence of BMAL1 expression on weight gain.

These experiments suggest that an intact adipocyte circadian clock may be essential for the enhanced thermogenesis and weight loss observed when feeding times aligned with the light-dark cycle.

Moreover, this increase in thermogenesis was at least partly due to the increase in creatine cycling.

Previous studies have shown that consumption of a high fat diet can disrupt the rhythmic pattern of expression of peripheral biological clock genes such as BMAL1 in the adipose tissue.

In the present study, the researchers found that enhancing the expression of the BMAL1 gene in adipocytes reduced weight gain in mice fed a high fat diet and improved metabolic health.

Overall, the current study suggests that misalignment of feeding time with the rhythm of creatine cycle-mediated thermogenesis in adipocytes could result in lower energy expenditure and weight gain.

More research on TRE and circadian rhythms is needed

Despite the implications of the present study, more research is needed to determine whether time-restricted eating produces the same effects on energy expenditure in humans.

Roberto Refinetti, Ph.D., a professor at the University of New Orleans, noted, “the study was conducted in mice, so it must be repeated in other animals and in people before the findings can be generalized.”

“It would be worth exploring whether creatine becomes limiting in the setting of nutritional overload where dietary creatine supplementation could promote adipocyte energy dissipation. If TRF regulates the abundance of creatine and the effectors of thermogenesis by the futile creatine cycle, perhaps this link is bidirectional, such that adipocyte-selective loss of the components that mediate the futile creatine cycle alter the time of eating when food is freely available. Understanding this relationship could help elucidate the link between adipose tissue metabolism and energy intake.”