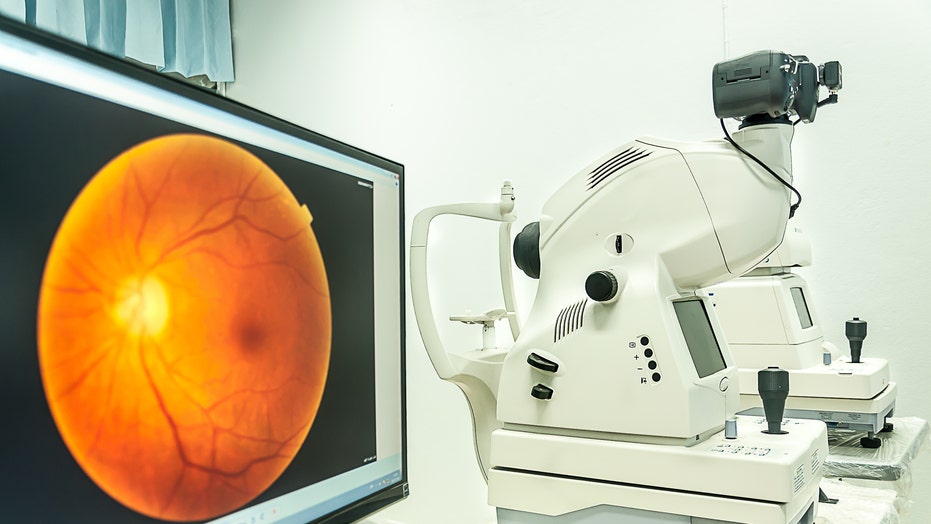 Harrowing photos show a Kentucky man’s unusual encounter with a tick that somehow latched onto his eyeball. Chris Prater, who works for an electrical company, told local news outlets that he always sprays himself with repellent before heading into the trees, but after leaving a job last week his eye was irritated.

According to a Facebook post by Nathan Frisby, Prater’s safety supervisor, attempts to wash out “the object” on his eyeball with saline solution did not relieve his discomfort.

“It wouldn’t move, we then tried a wet swab, NO LUCK!” Frisby wrote on July 12. “We even tried our eye wash station, NO LUCK! So I sent him to the eye doctor and he later returned with these photos.”

The photos show the tick that had somehow latched onto Prater’s eyeball. Prater told WYMT that a doctor numbed his eye and grabbed a pair of tweezers to pull the tick off.

“Once he grabbed ahold of it and pulled it off, the tick made like a little popping sound when it came off my eye,” Prater told the news outlet.

He was given antibiotics and steroid drops for his eye, WYMT reported.

Frisby wrote that he would have never “thought of it being a deer tick.”

But Prater said he wants others to be aware of the possibility.

The American Academy of Ophthalmology noted a similar instance in an active-duty naval petty officer back in 2011. The officer had been hiking and camping in Shenandoah National Park and suspected that a bug had gotten into his eye.

Doctors treating the man also numbed his eyeball and used tweezers to pull the tick off his eyeball.