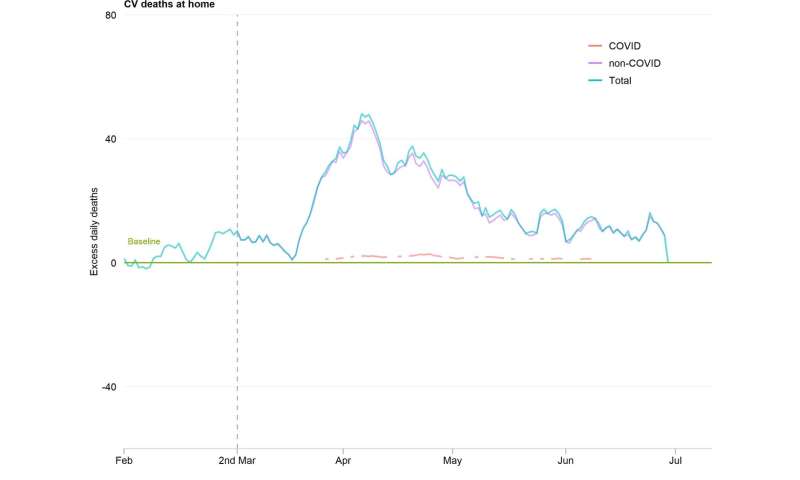 A major new study has identified 2085 excess deaths in England and Wales due to heart disease and stroke during the peak of the COVID-19 pandemic. On average, that is 17 deaths each day over four months that probably could have been prevented.

Excess deaths are the number of deaths above what is normally expected—and the figure relates to the period from 2 March to 30 June, 2020. The scientists believe the excess deaths were caused by people not seeking emergency hospital treatment for a heart attack or other acute cardiovascular illness requiring urgent medical attention, either because they were afraid of contracting COVID-19 or were not referred for treatment.

Over the same period, there was a sharp rise in the proportion of people who died at home or in a care home from acute cardiovascular diseases. Chris Gale, Professor Cardiovascular Medicine at the University of Leeds, said: “It is entirely plausible that a number of deaths could have been prevented if people had attended hospital quickly when they began to experience their heart attack or stroke. The sad irony is that previous research we have undertaken showed that nationwide heart attack services remained fully operational and continued to deliver high quality care during the peak of the pandemic.” The findings, based on an analysis of the information contained on death certificates, have ben published in the journal Heart.

The investigation was carried out by a team of data scientists and clinicians, led by academics at the University of Leeds. The other collaborators were from Keele University, NHS Digital, the Office for National Statistics, Barts Health NHS Trust, and University College London. This is the third major study from academics investigating how the peak of the COVID-19 pandemic affected emergency cardiovascular services.

Dr. Jianhua Wu, Associate Professor in the School of Medicine at Leeds, led the latest study. He said: “This study is the first to give a detailed and comprehensive picture of what was happening to people who were acutely ill with cardiovascular disease cross England and Wales. “It reveals a large number of excess deaths. The findings will help Government and the NHS to develop messages that ensure people who are very ill do seek help.” 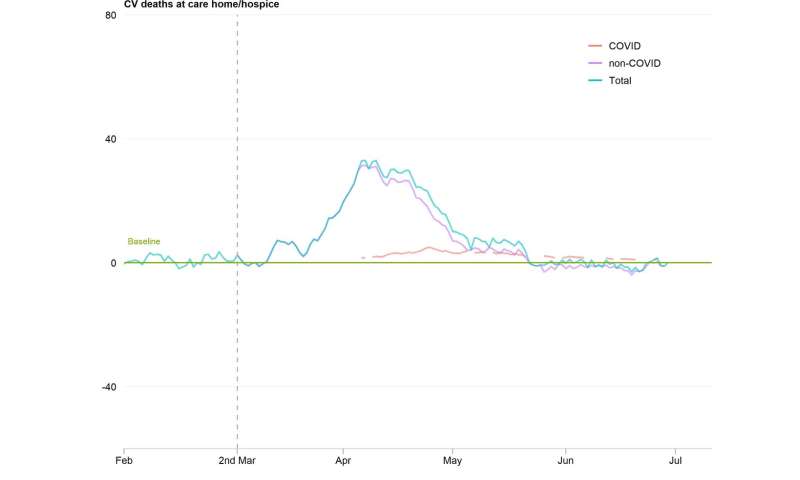 The analysis looked at the information that is collected when a death certificate is issued. It details the cause of death and where the person died. To provide baseline data, the study looked at cardiovascular deaths from the 1 January 2014 through to 30 June 2020.

In the four months from 2 March, 2020—when the first COVID-19 death was registered in the UK—to 30 June, there were 28,969 cardiovascular deaths. That was compared to the average number of deaths seen for the same period over each of the previous six years. It was eight percent higher, revealing 2085 excess deaths. The excess cardiovascular deaths began to emerge in late March 2020 and peaked in early April—this was at the time the Government was promoting its ‘Stay at home, Protect the NHS, Save lives’ messages. That may have resulted in fewer people being prepared to go to hospital when they were becoming ill, either because they were worried about becoming infected by COVID-19 or were worried about overwhelming the NHS.

Previous studies by the researchers, published in The Lancet and European Heart Journal—Quality of Care and Clinical Outcomes, have revealed that the number of people arriving at hospital with a heart attack fell sharply, with some units seeing just over half the expected number of cases. 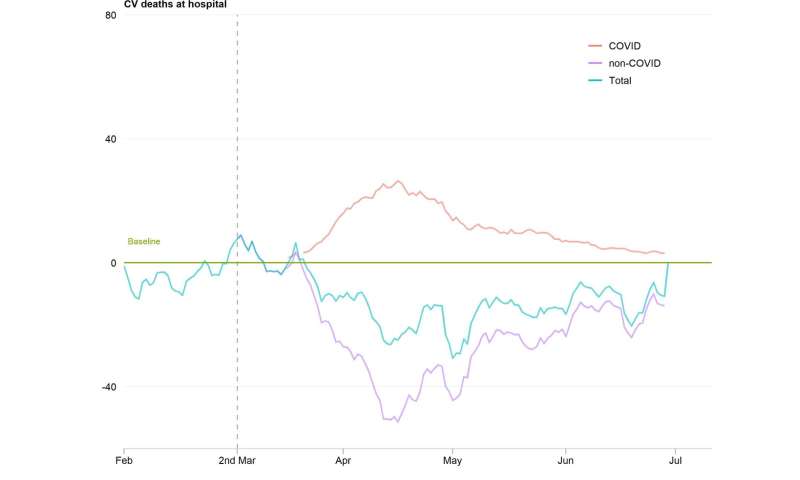 Changes in where people were dying

This latest analysis has revealed a shift in where people were dying. There were proportionately fewer deaths in hospital compared to the baseline data: 53.4 percent versus 63 percent. Proportionately more deaths were happening at home: 30.9 percent v 23.5 percent—and in care homes: 15.7 percent v 13.5 percent. Excess deaths were disproportionately happening at home, up by 35 percent when compared with what would be expected, and in care homes, up by 32 percent increase. In the paper, the scientists noted: “This ‘displacement of death’, most likely, signifies that the public either did not seek help or were not referred to hospital during the pandemic…”