America has three strains of HOMEGROWN Super-COVID – and one of them first emerged in Texas in May and could be responsible for at least 50% of all US cases, experts warn

Researchers have discovered a third new variant of the coronavirus in the U.S. and say it could end up being the most easily transmissible one yet.

A team from Southern Illinois University Carbondale traced the earliest appearance of new variant, called 20C-US, to Texas in May 2020.

The variant carries several mutations, including to the spike protein, which the virus uses to enter and infect human cells.

Scientists say the variant has not spread significantly beyond the country’s borders, and that is most highly prevalent in the Upper Midwest.

What’s more, it could be responsible for at least 50 percent of all American cases, meaning it is very widespread.

The researchers predict that 20C-US may be the most dominant variant of the coronavirus in the U.S. at this moment.

20C-US is now one of the growing list of mutations discovered in countries such as the UK, South Africa and Brazil.

The news comes just one day after Ohio researchers announced the first discovery of two homegrown variants – one virtually identical to a variant that emerged in the UK and the other completely unique to the U.S. and dominant in the capital of Columbus. 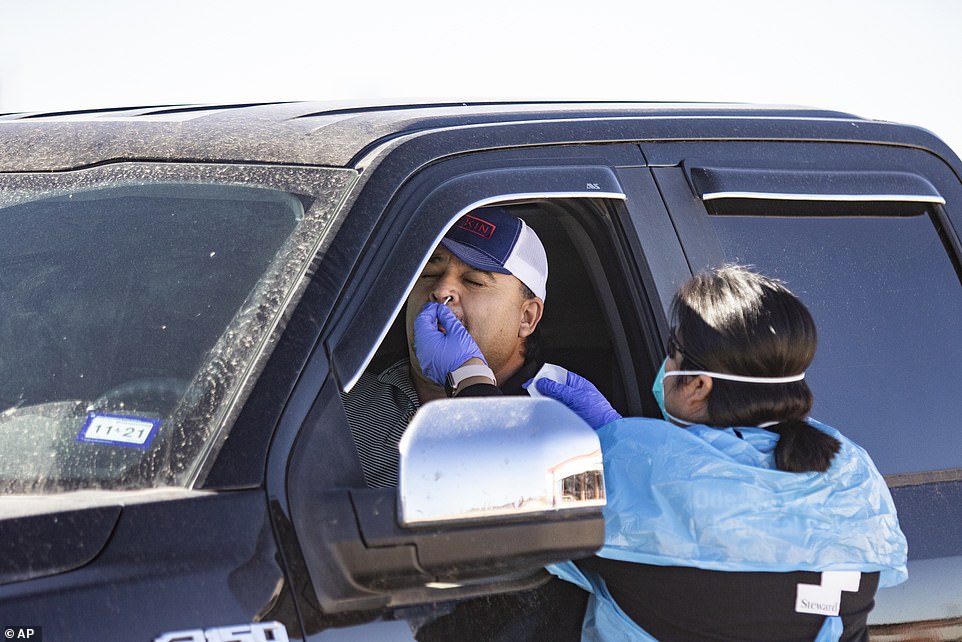 Researchers say the variant first began spreading rapidly in late June and early July, coinciding with the second wave of the virus in the U.S. 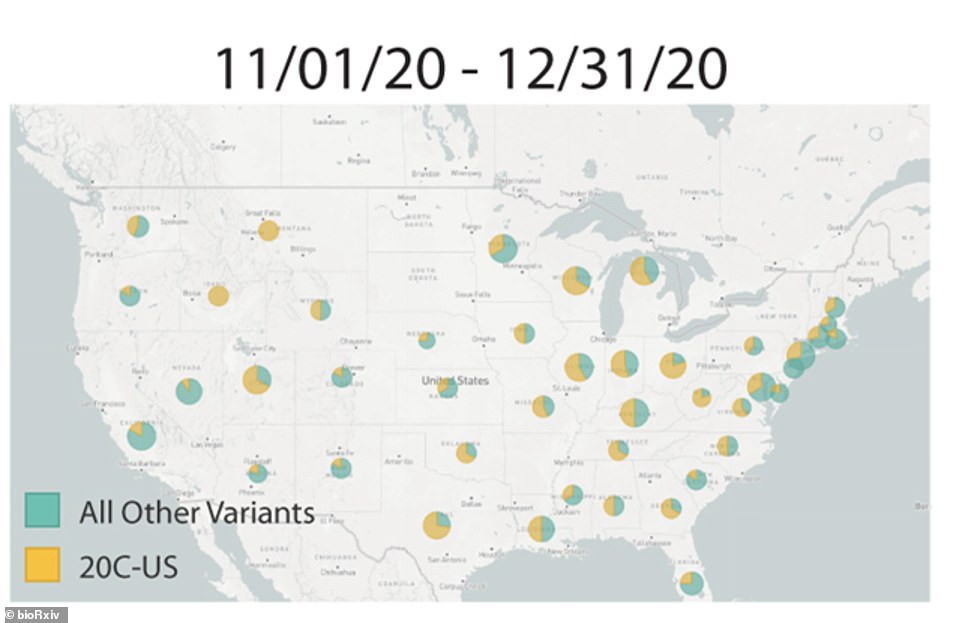 Between November 1 and December 31, the variant made up nearly 50% of all U.S. genomes sequenced (right)

The results were published in a pre-print article on bioRxiv.org on Wednesday.

Led by Dr Keith Gagnon, an associate professor of chemistry and biochemistry at SIU, the team first noticed the possibility of the new variant while looking at genome sequencing data from Illinois.

‘We were just looking at our local, like state-specific Illinois data…and we were asked [by the Illinois Department of Public Health] to specifically look for the spike protein mutations of the UK variant for example,’ he told DailyMail.com.

‘As we’re going through the data, we’re not seeing a UK variant but I keep seeing this large outbranching off the final genetic tree that we reconstructed.’

Of the viral genome samples taken from March to the present that were sequenced, one variant was more pronounced than the rest. 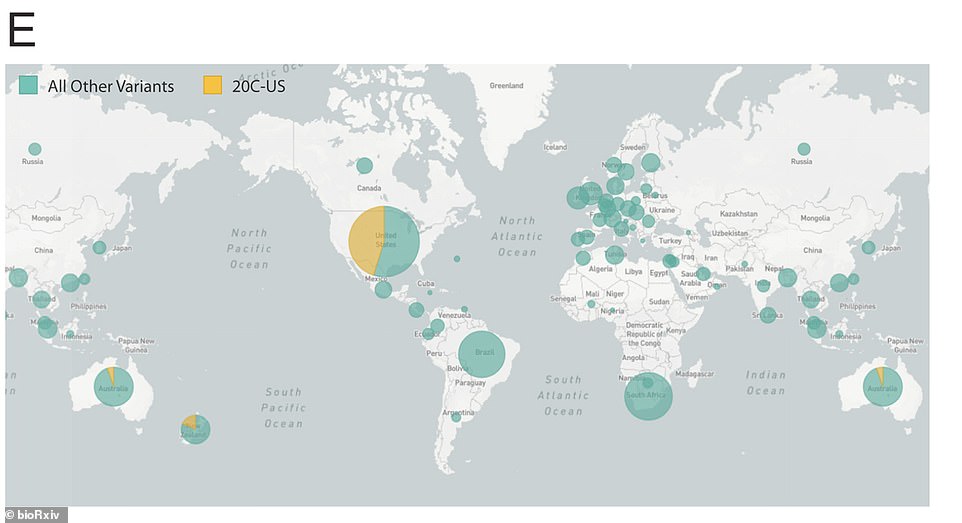 The variant has not spread significantly beyond U.S. borders and is most highly prevalent in the Upper Midwest (above) 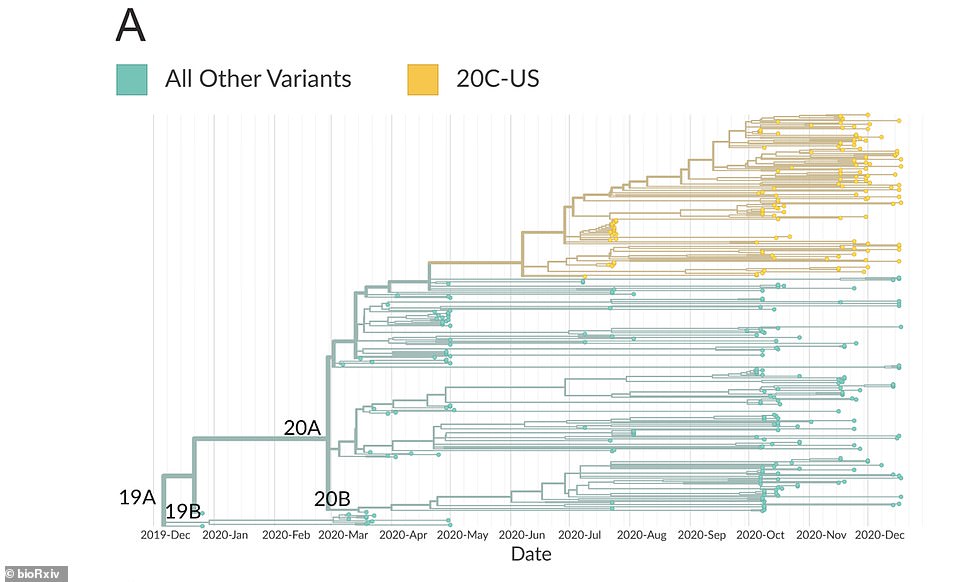 Despite being more widespread, the virus does not appear to more deadly, just more transmissible

The US now has three of its own homegrown ‘super-covid’ variants that are more infectious than the most common coronavirus types in the US – and the new variants are spreading like wildfire in at least one state.

Two variants were identified by Ohio scientists on Wednesday and the third by Illinois researchers on Thursday.

One of the new, more infectious variants has already become dominant in Columbus, Ohio, where it was discovered.

So far, this homegrown variant has been seen in about 20 samples since Ohio State University (OSU) scientists first detected it in December.

It’s now present in most of the samples they are sequencing.

A second variant has mutations virtually identical to the UK variant’s, but arose completely independently on American soil, according to Ohio State University scientists.

Just one person with this variant has been found.

The third new variant was discovered by a team from Southern Illinois University Carbondale.

The earliest appearance of new variant, called 20C-US, was traced back to Texas in May 2020.

It began picking up prevalence in late June and early July 2020 and could be responsible for up to 50% of all current cases.

To see if it was present at the the national level, researchers randomly subsampled 3.3 percent of U.S. genomes available on the global genomic database GISAID.

The earliest appearance was found from a sample taken in the greater Houston area of Texas on May 20, 2020.

‘The crazy thing is it’s been around for months, I would say largely unnoticed, uncharacterized,’ Gagnon said.

‘It wasn’t that it wasn’t undetected…but nobody I think really picked up on it.’

Following the variant over time, there was a notable expansion in the variant’s presence in late June and early July 2020, which coincides with America’s second wave of the pandemic, in states such as Wisconsin and Illinois.

However, between November 1 and December 31, almost 50 percent of all sequenced genomes from the U.S. are the new variant.

‘It is coincidental that the rise to dominance of this variant really started at the end of the summer and especially during the third pandemic wave,’ Gagnon said.

‘It is tempting to speculate that possibly this variant is playing a role. The circumstantial evidence suggests that.’

Researchers suggest this means 20C-US has ‘surpassed 50 percent penetrance to become the most dominant variant in the U.S.’

However, it has a high prevalent in the eastern and Midwestern regions and has no t spread widely to the western half of the U.S.

20C-US has been reported in other countries including Australia, Israel, Mexico, New Zealand, Poland, Singapore, Taiwan and Thailand, but at low levels.

The first mutations the virus showed were in genes related to virus particle maturation – a process by which a virus breaks from a host cell and activates to infect more cells – and the  processing of viral proteins.

Gagnon says these are all important for virus production.

Since then, the new variant has formed two new mutations in the spike protein, which demonstrates that it is evolving.

However, the variant does not appear to be more deadly.

‘Even more speculative, but interesting, is we notice that the death rates are a lot lower even though cases are very high,’ Gagnon said.

This may suggest 20C-US is highly transmissible but only causes a mild illness.

Jones said this means the two sets of researchers – in Ohio and Illinois – are likely tracking variants from the same outgrowth. 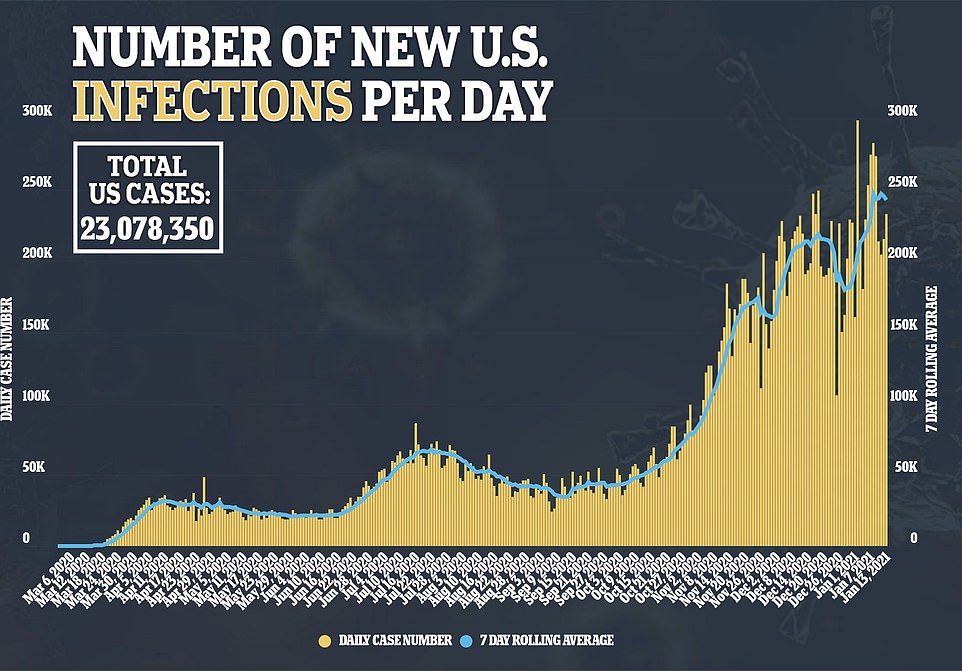 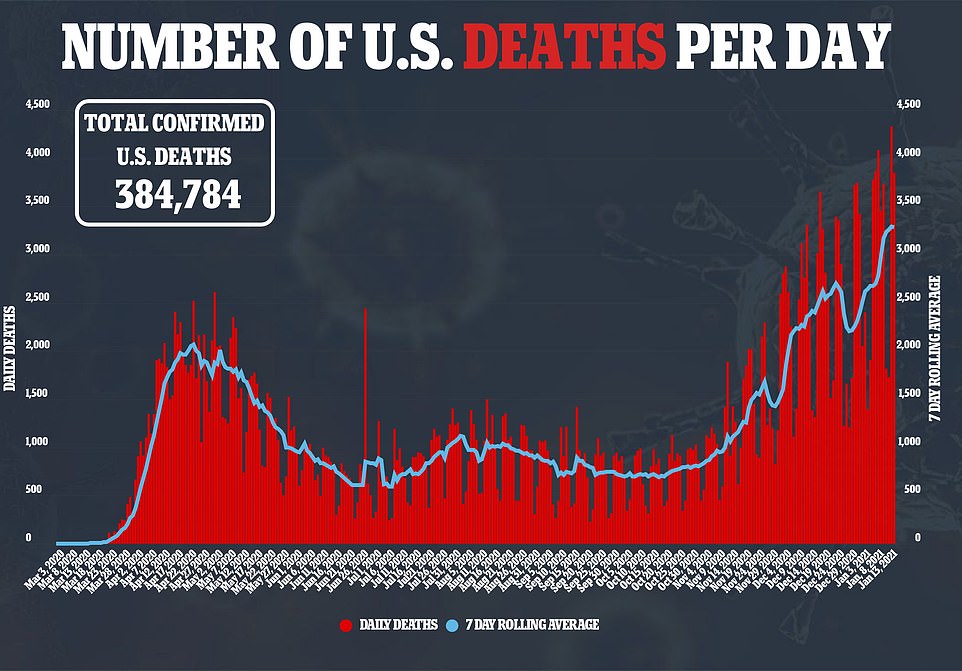 With the first doses of newly approved vaccines being administered across the national, Gagnon said it is unknown whether the variant will impact its effectiveness.

‘Based on the mutations so far, I don’t think it will significantly impact the vaccine’s effectiveness,’ he said.

‘The catch is that the virus continues to evolve, and since May, it has acquired three mutations, and two of them are in the spike protein, one of which might affect antibody binding. There are a lot of unknowns.’

Both Pfizer and Moderna have been testing their vaccines against the international variants and say they expect the jabs to provide protection.